Several foreigners live in Hungary, who have contributed to the country’s development with their mental and financial capital. We ask one of them, Ramil Azmammadov (25) from Azerbaijan, what he thinks about Hungary, Hungarians and how he leads his daily life in our country.

DailyNewsHungary: What had you known about Hungary before you came here?
Ramil: I have learnt about Hungary in my Geography class at school. We have been given basic information about Budapest and Danube river. Later on I heard about Puskas and Debrecen football team.

DailyNewsHungary: What differences and similarities do you see between Azerbaijan and Hungary?
Ramil: Surprisingly major similarity is language. Thus there are similarity in grammars of both languages, even some words are same such as (arpa, alma, csoban, ana-anya and etc.). Regarding difference, the only fact comes to my mind is that Hungarian apologize more than Azerbaijanies while they are drunk. It is really funny.

DailyNewsHungary: How long have you been here and what are your experiences?
Ramil: I won FAO scholarship and came to Hungary in September 2010 to study my Master’s degree at Szent Istvan University (SZIE). After finishing my classes in the university 2012 June, I established my own trading company (Sericovia Kft) and started to work in Hungary. Besides I am a Board Member of Azerbaijani-Hungarian Youth Union (AHYU). It is already more than 3 years I am living in Hungary.

DailyNewsHungary: If we are not mistaken, you distribute some special fruit juice, which is not native in Hungary. Where did the idea come from?
Ramil: That is true, it is 100% Pure Pressed Organic Pomegranate Juice. As a Sericovia Kft we import organic pomegranate juices from Azerbaijan to Hungary. Well, the idea was just to do some business between Azerbaijan and Hungary. After small market research I recognized that pomegranate juice would be best option to do business between these two countries. It is healthy and unique product for Hungary. For now it seems that I gave right decision.

DailyNewsHungary: Your business has taken a big step ahead recently, could you tell us about it?
Ramil: Well, actually it took around one year for us to step in Hungarian market. Although we have 6-7 major competitors in the market, we still think we are quite successful. Today our products are being served in luxurious restaurants and sold Bio shops and in some important market chains (for example: CBA) under the brand name of Melagrana and +More. Day by day our scope of sale is expanding. Besides Hungary, we are selling our products to Germany, Poland and Sweden as well. We trust in the quality and taste of our product as several times we witnessed people to buy our juices often once they taste it. We believed that our customers discovered the real taste of pomegranate. 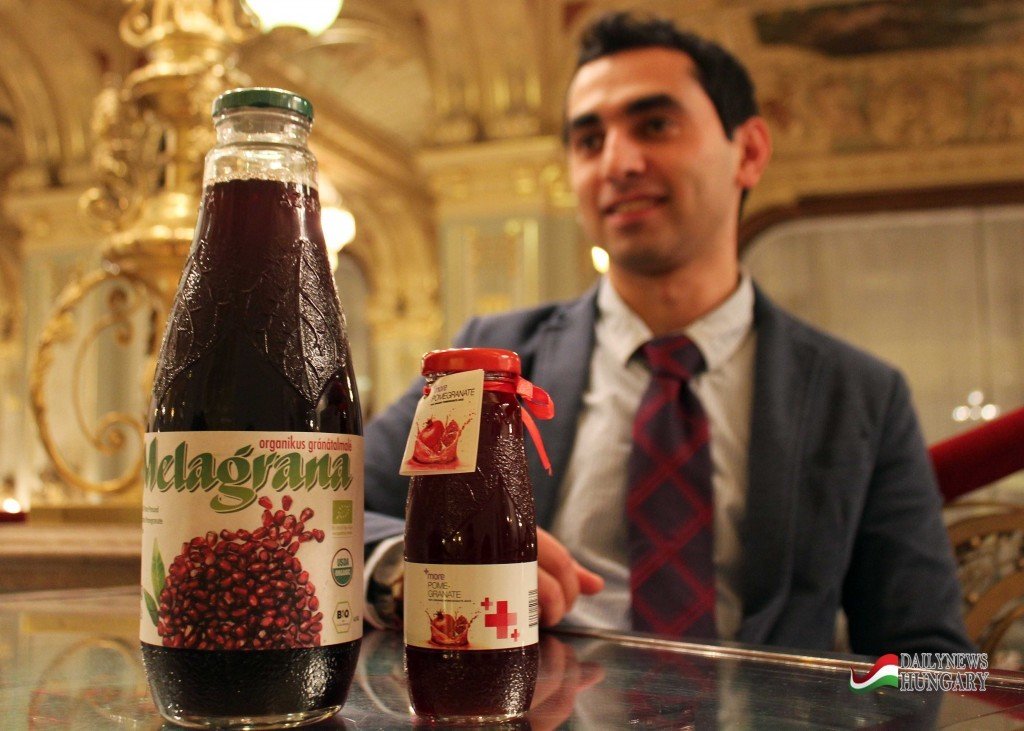 DailyNewsHungary: What is your favorite Hungarian place?
Ramil: I love Hungary very much and I had a chance to visit 15 Hungarian cities. Some of places are special for me, like: Miskolc Tapolca, Balaton and Velencei Lakes. Besides, there are a lot of beautiful places in Budapest as well: Citadella, Buda Castle, Margaret Island, Szechenyi bath and so on.

DailyNewsHungary: Which is your favorite branch of sport? Do you support a Hungarian team?
Ramil: My favorite sports are swimming, basketball, football and table tennis. I know that there a lot of world famous swimmers in Hungary.

DailyNewsHungary: How would you describe Hungarian people with 3 features?
Ramil: Kind, cool and friendly.

DailyNewsHungary: Malevolent reports about Hungary often say that Hungarians are racists. Have you ever experienced any form of racism since you moved here?
Ramil: Absolutely not, I have never faced or heard anything about it since I have started living here.

DailyNewsHungary: You are a young man, do you often go out in Budapest?
Ramil: I do, but unfortunately not that often due to the time constraints. I used to go out a lot while I was student.

DailyNewsHungary: Hungarian people are keen on eating, what is your favorite dish? Can you prepare it at home?
Ramil: I love fried fish with pomegranate sauce, it has unforgettable taste. I would say I cook fish at home frequently and my favorite Hungarian meal is Fish soup.

DailyNewsHungary: We talked just about positive things, is there anything Hungarians could be better at?
Ramil: The only thing I have noticed is their foreign language skills. They have to work on it. 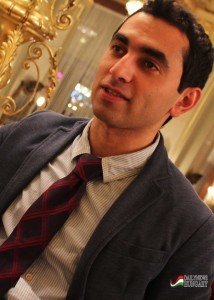 DailyNewsHungary: We know that future is unpredictable, but what are your plans? Do you imagine your future here?
Ramil: As we started our classes at SZIE almost all professors asked the same question to us: Why did we choose Hungary and what are the plans after graduation? I always responded that I wanted to be a bridge between Hungary and Azerbaijan and to help to increase relations between these two countries. Slowly I started to realize my plans. Both in business and social context some goals have been reached. Currently people keep talking to me either on oil-gas or caviar when they know I come from Azerbaijan. Now I am doing my best to add pomegranate juice to the list of products Azerbaijan is popular about. I believe in near future not only Hungarians but also whole Europe will be aware of the taste of Azerbaijani pomegranate juice and talk about it.

DailyNewsHungary: How is your Hungarian? Which is your favorite word or expression?
Ramil: It has been almost one year that I started learning Hungarian language. I want to speak in Hungarian fluently soon. My favorite word is “nagyszerű” – which means great! I want everything around me to be great.