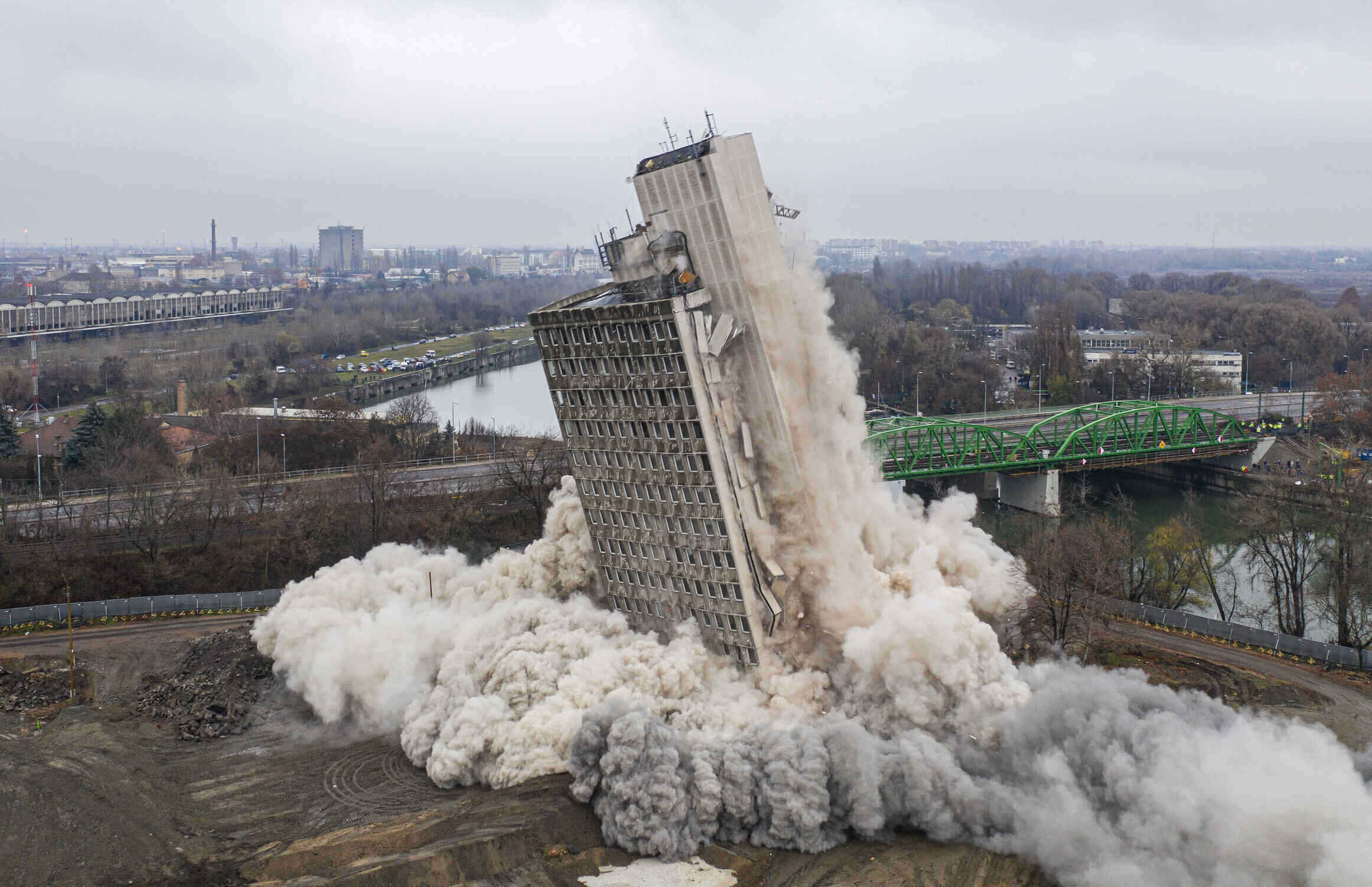 In 2023, Budapest will host the World Athletics Championships in the northern part of Csepel Island, where the preparatory works reached a spectacular phase on Thursday. The 57-meter-high Vituki tower block in the area was demolished to give place for the new complex.

According to Telex, although the first visuals still included the tower building of the Vituki Environmental and Water Management Research Center built in 1976, subsequent static investigations revealed that its condition had deteriorated and needed to be demolished.

The contractors opted for the time-saving blasting technology instead of the hierarchical demolition technology. The tower was tilted towards the Rákóczi Bridge:

According to the promises, after the World Championships, the sports center will be transformed into an open recreation area that can be used by anyone. 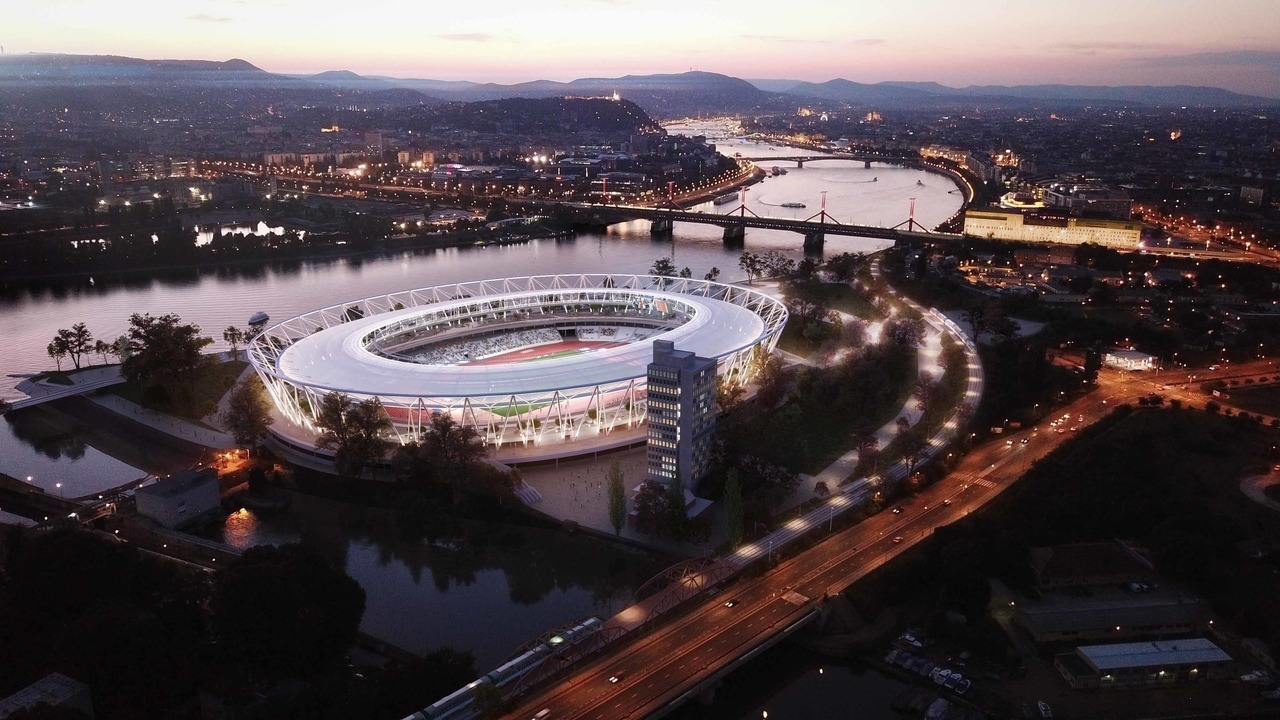