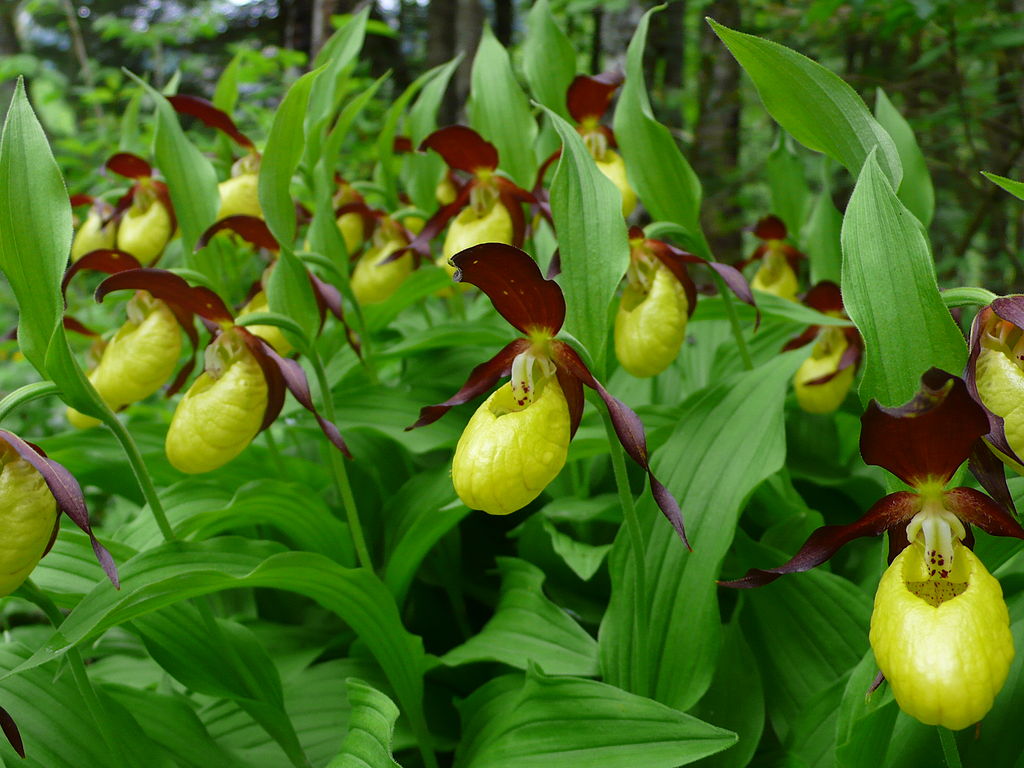 10 of the most beautiful orchids in Hungary

During the current hardships, lockdowns and social distancing guidelines that are the result of the COVID-19 pandemic, many of us had to stay home, work from home, or take steps to be able to comply with some of the restrictions on our everyday life. Many of us started searching for new hobbies that we can enjoy, and that could take our attention away from problems. Some of us have ventured outdoors and started connecting to nature.

To be honest, this is what my sister did. She always loved hiking and taking long walks out in the forest, but thanks to her newly found free time, she was able to enjoy her hobby of ‘hunting down’ as many beautiful orchids in her vicinity as she could. Courtesy of her, I would like to introduce you to some of Hungary’s most beautiful flowers. Unfortunately, due to several reasons, a majority of which we humans caused, many of these delicate plants are highly endangered. I wanted to show you what Hungary, or in a broader sense, our world has to offer for us to find delight in. If we take care of nature, nature will continue to amaze and be there for us in hard times.

This particular flower can be found in most parts of Europe. The western border of its occurrence is France, Eastern Spain and Southwest England. It can grow as East as Denmark, through Northern Germany and the Crimean Peninsula, and it can even grow in Greece, Sicily, Crete. Of course, this implies that it grows in Hungary as well. It can grow in altitudes up to 2000 meters, in Hungary, it mainly grows on hillsides and low mountains.

The plant itself can grow between 30-100 centimetres tall, and it has broad and oblong leaves. Although it is not depicted in its English name, the Hungarian ‘bíbor’ refers to its purple colour on the top of the flower. The bottom part of the flower is white with purple dots over it. Unfortunately deers, rabbits and slugs are the greatest threat, but human activity (flower picking, agricultural expansion) is worrying as well. Although it is somewhat rare, it is only classified as ‘least concern’ in the International Union for Conservation of Nature’s (IUCN) Red List. In Hungary, it can almost be found anywhere except for Nagy-Alföld (Great Hungarian Plain). It is a protected species in Hungary since 1982 and its existence or sentimental value is Ft 10,000 (€ 29).

In Europe, this is the largest species of orchid. It can grow up to 60 cm tall, but it is usually smaller with an average of about 20 cm tall. Its flowers can be as wide as 9 cm. Each shoot has only 1-2 flowers that vary in colour from reddish-brown to black, and it has a slipper-shaped labellum, hence its name, which is yellow with red dots on it.

It is somewhat widespread. It can be found from Europe to Asia and from Spain to the Pacific. This includes almost every European state, Russia, Northeastern China and even Rebun Island in Japan. It is typically found in open woodlands, but in Europe, it can grow in semi-shaded woodlands. Its range has diminished in some areas of Europe, and although it is only least concern according to the IUCN Red List, it is legally protected in many countries, for example in the UK, Denmark, and it is highly protected Hungary. The sentimental value of one shoot in Hungary is Ft 250,000 (€ 715). Yet if you want to see it, you can find it in the Északi-középhegység (North Hungarian Mountains), mainly in Bükk, near Fertő-tó (Lake Fertő) and in the Bakony mountains.

This orchid can be found in shady lowland forests that have little undergrowth. It is especially frequent under beech trees. It needs a well-drained soil above limestone or chalks to thrive.

The white helleborine grows all over Europe. It can be found from England to Sweden to Russia and Iran. Some specimens can be found in India and Myanmar, for example. It does not appear on IUCN’s Red List, and it is somewhat common in Hungary, but it is still under legal protection, and one shoot could infer a fine of Ft 10,000 (€ 29). If you like hiking and want to take some photos of this flower yourself, it can be found in Mecsek, Szigetköz in the Kőszegi-hegység (Kőszeg Mountains) and the Dunántúli-középhegység (Transdanubian Medium Mountains) or the Északi-középhegység (North Hungarian Mountains).

This plant can reach 60cm in height, and you are still in luck, as it flowers between May and July, so you can still ‘hunt it down’ and take photos for yourself. One shoot can grow 1-10 flowers. The flowers have yellowish-green sepals. The dark petals of the flower resemble the antennae of an insect, and its labellum is dark from maroon to black, hence the name, as it pretty much resembles a fly.

This plant likes damp, alkaline soil and it can often be seen in beech woodlands, on forest edges and even on limestone grasslands. It is a native orchid to Europe, and it can grow higher up North than some other species. It can be found in Scandinavia, Finland and the Baltic states, but it grows as South as Greece and Spain. It is considered rare in the UK, it mainly grows on its Southern areas, and it is highly protected in Hungary as well. This orchid’s sentimental value is Ft 250,000 (€ 715). If you want to spot one, it is the most common in Bükk mountains in the Keszthelyi-hegység (Keszthely Mountains) and near Sopron.

It is a greyish pink or almost reddish orchid. Its name comes from the fact that the lobed lips of the flower somewhat resembles a monkey’s body and limbs, to me, it looks kind of like a stick figure.

This orchid ranges from Central and Southern Europe. Southern England, the Mediterranean, Russia, Caucasus, Iraq and Iran and it can sometimes even be seen in parts of Northern Africa. It prefers grasslands, scrubs, or open woodlands where there is limestone soil. According to IUCN’s list, it is only least concern, but this species of orchid is threatened in Cyprus and is under protection in the UK as well. You will find it in Mecsek and Villányi-hegység (Villány Mountains), sometimes even in Balaton-felvidék (Balaton Uplands). In Hungary, if someone destroys it or digs it out, the fine is Ft 50,000 (€ 143). 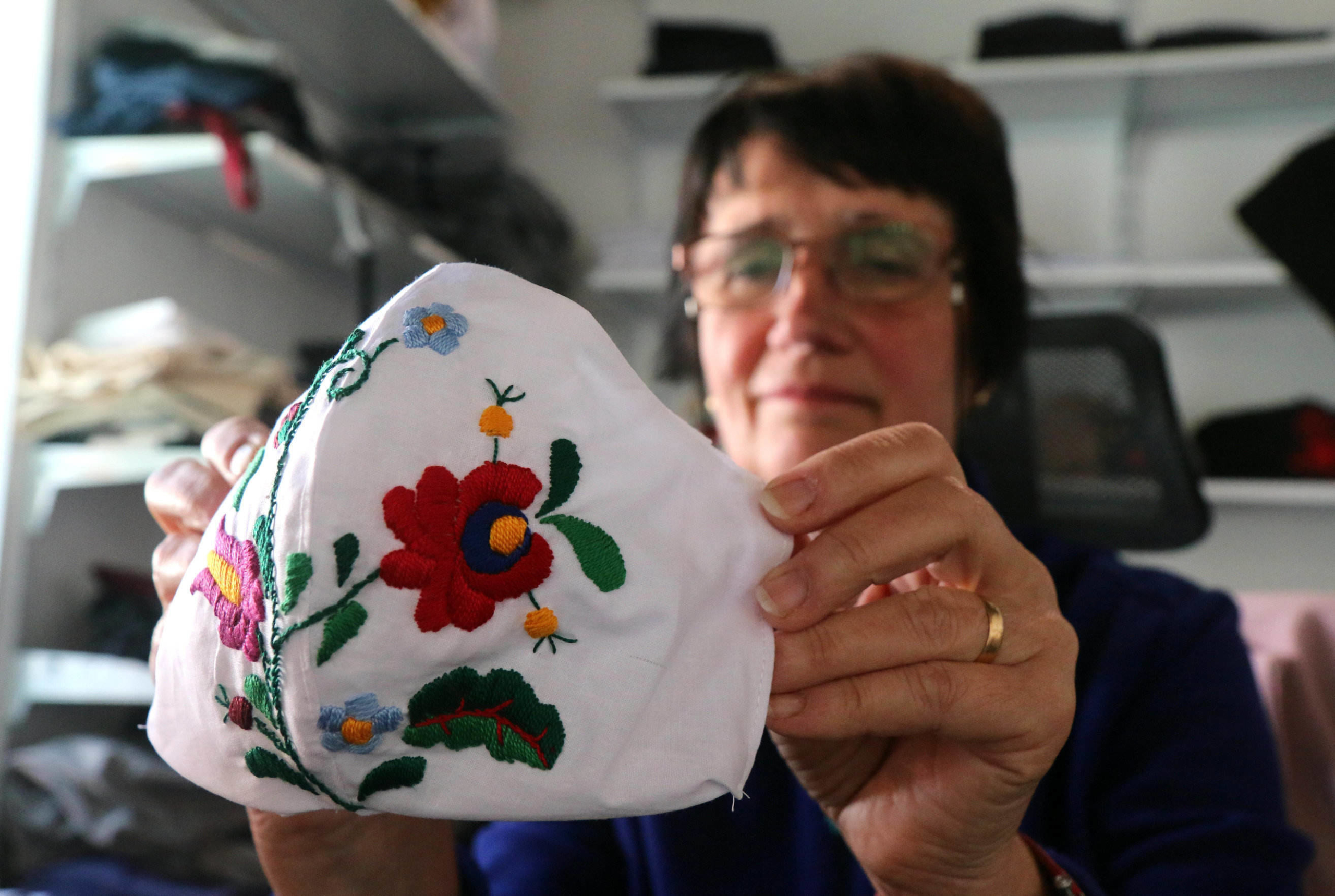 As some of our previous entries, this orchid resembles an insect. In this case, the flower is showing close resemblances to a bee, in fact, this species is an excellent example of floral mimicry, deceptive pollination and a highly evolved plant-pollinator relationship. This plant can grow between 15-50 centimetres tall and can be considered hardy among similar species. It continues to grow slowly even during Winter. It blooms from mid-April in most parts of Europe, but people living in the UK can enjoy it from June to July. On one flower spike, the number of flowers can be 1 to 12. The median lobe of the flower is hairy and looks very similar to a bee’s abdomen.

The bee orchid is widespread across Southern and Central Europe, but it can grow in North Africa and the Middle East. It is common in the Mediterranean and eastwards to the Black Sea, but it is less common in Northern Europe. In the UK, it is more common in the southeastern parts, and it is more common in England. It was thought to have been extinct in Scotland, however, in 2003, they rediscovered it in Ayrshire. On IUCN’s Red List it only appears as least concern, however, it is legally protected in some countries, such as in Hungary, where it is highly protected, and its sentimental value is Ft 250,000 (€ 715). If you want to find it in Hungary, it is most common in the Zalai-dombság (Zala Hills), but appears in the Pilis mountains, in Bakony, Vértes, Mecsek and Kisalföld (Little Hungarian Plain).

Interestingly it is believed that this species of orchid can grow underground for 10-15 years before emerging from the soil. The flowers born in a dense cylindrical pattern and one plant can grow up to 70 flowers. The flower has a reddish-brown hood over the crimson spotted white lips of the orchid. Although the flowers do not produce nectar, this flower has a distinctly honey-like fragrance. It flowers from May to June, but subspecies can blossom later, in July for example.

The burnt orchid or burnt-tip orchid is native to the mountains in Southern and Central Europe and grows up to 2,400 metres above sea level. In the south, its main populations are in Spain and Greece and they can grow in the North as far as England and Southern Sweden. There have been populations as far East as the Ural mountains. It grows in grasslands, mountain meadows and wet grasslands. In Hungary, it is located in Bakony, Pilis, Balaton-felvidék (Balaton uplands), in the Bükk mountains and near Sopron and Kőszeg. It is under legal protection for Ft 10,000 (€ 29) per shoot, but it is only least concern according to IUCN.

The broad-leaved marsh-orchid usually grows as tall as 15 to 40 centimetres. On the stem of the plant, there are three dark-spotted leaves, and its stem is hollow. The plant can grow 7 to 40 flowers each, and they are purple, maybe with a bit of reddish tint, they can sometimes be white or light pink, but it is rare.

This species of orchid mainly lives in nitrogen-poor marsh areas, but rarely they can be found in fens. In low-altitude habitats, it starts blossoming in May, but in high altitudes, this can extend until July even. You can find it in Hungary in the Északi-középhegység (North Hungarian Mountains), in Őrség, in Vértes and the vicinity of Sopron and Kőszeg. Again, by IUCN’s standard, this species is of least concern. In Hungary, the fine for harming this plant is Ft 10,000 (€ 29).

The first part, ‘Gymnadenia’, of this orchid’s scientific name comes from the greek ‘nude’ and ‘gland’ words, and it refers to the fact that this flower secretes nectar. The second part, the Latin ‘conopsea’, literally means ‘mosquito-like’. This is because the flowers’ long spur looks very similar to the mouthparts of mosquitos. It can grow 20-60 centimetres tall. The flower has three-lobed lips, and its scent is similar to cloves. This orchid can have a wide variety of colours from white to white and pink, to pink and even light or pale purple.

This orchid is common in Northern Europe and Asia, it commonly grows in the areas North from the Himalayas. It grows on mountain meadows, pastures, fens and grasslands. They grow in altitudes as high as 2,400 m. In Hungary, you can find it in Pilis, Bakony and the vicinity of Sopron. It is protected in Hungary, and its estimated value is Ft 10,000 (€ 29). IUCN rating: least concern.

The plant can grow from 20-50 cm tall, and it has a robust stem. It has a dense cone of flowers. 10 to 40 flowers can grow on one individual plant. The petals and the sepals form a hood or helmet-like shape over the other parts of the flower itself, hence the name. It is usually more dark purple on the inner parts of the flower and is magenta or lilac coloured on the outer parts. The vitézkosbor usually blossoms from April to June, but it is location dependant.

It prefers light and likes dry calcareous substrates. It can grow un unfertilised lawns, meadows, sometimes even on the edge, or in light woods. You can find it blooming up to 2,000 metres over sea level. It can occur as North as Southern Sweden in Europe, but it prefers the Mediterranean. In Britain, for example, it is infrequent and is under protection. It can be found in Hungary almost everywhere apart from Nagy-Alföld (Great plain) in plains and hillsides. In Hungary, it is protected as well, but it does not befall the highly protected category, so the sentimental value of this plant is only Ft 10,000 (€29) per shoot since 1982. 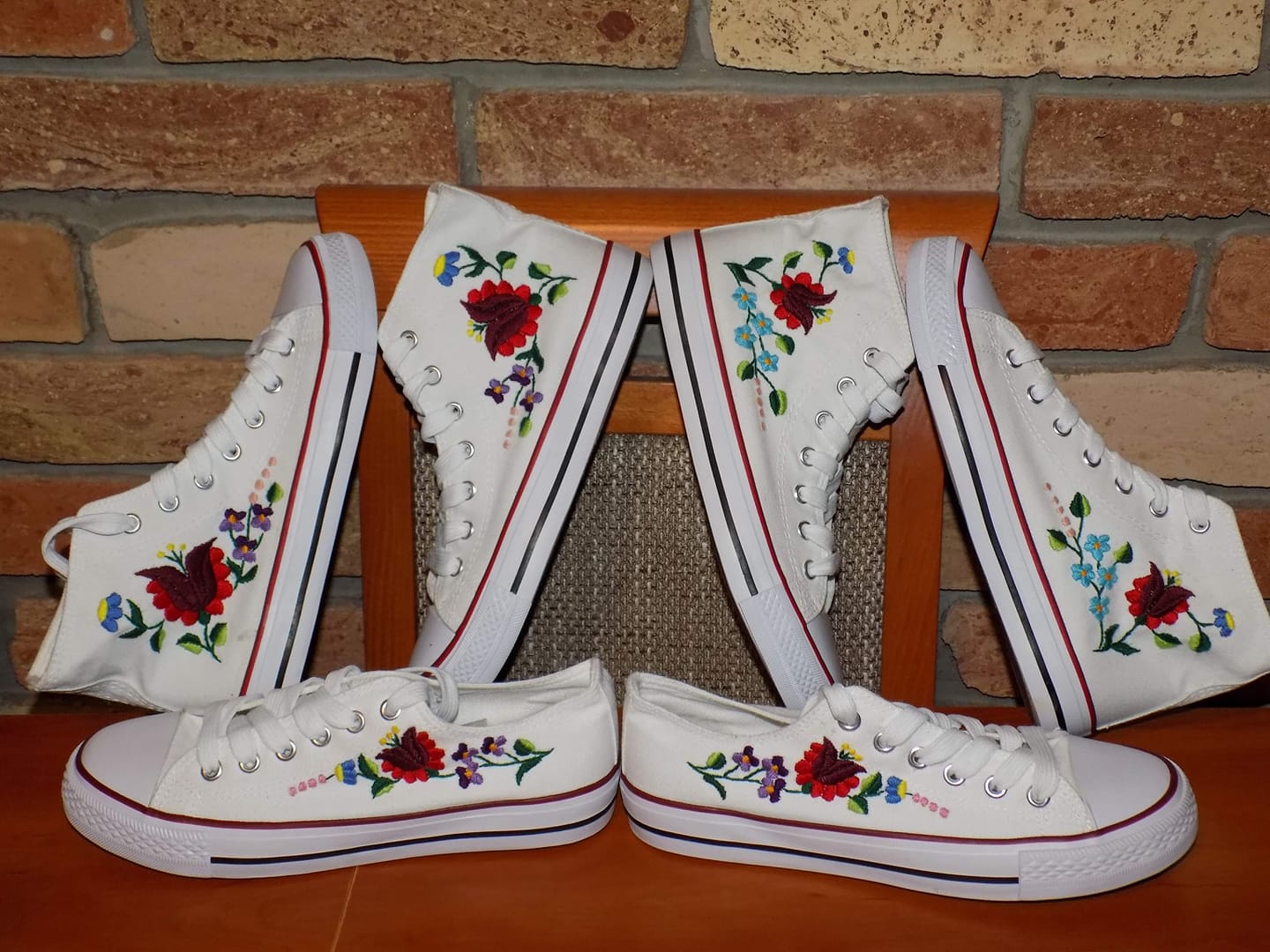