(MTI) – Dairy producers on Tuesday held a demonstration, partially blocking roads in three locations in the country where they estimated the level of dairy imports were the highest.

Imre Hegedus, head of the organising committee, told MTI that the protesters, some 600-800 farmers, parked cars and trucks in one lane of the road in Budaors, SW of Budapest, Nagytarcsa, E of the capital, and Pecs, in southern Hungary. He added that it was at these locations farmers estimated the ratio of imports to domestic produce in shops was highest. 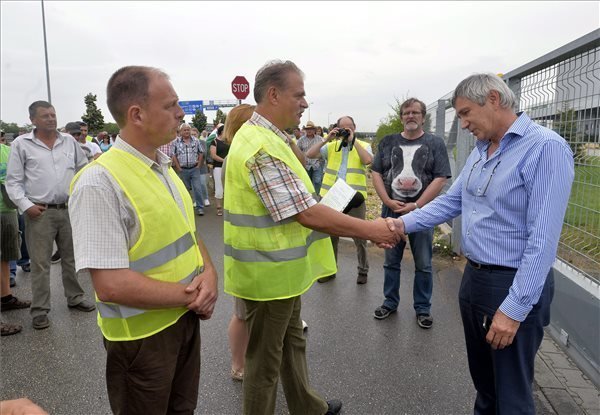 The farmers have pledged further demonstrations if the farmgate price of dairy products, currently about 100 forints per kilo, shrinks any further.