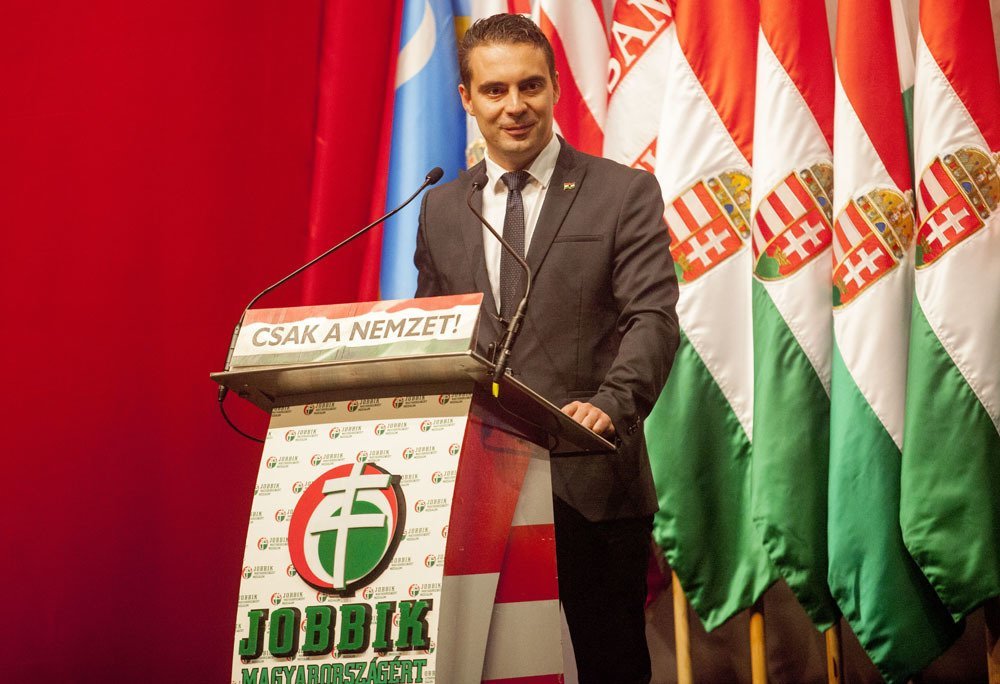 Budapest, April 8 (MTI) – The Hungarian people should decide in a referendum in what way the country should stay part of the European Union, if at all, the head of the radical nationalist Jobbik party said today.

Vona criticised Prime Minister Viktor Orban for creating the image of a freedom fighter at home while being “a yes man” in Brussels. He said Orban had not worked to “protect Hungarian land, reopen closed factories, or close the gap between Hungarian and European wages.”

Orban has only challenged Brussels over “power issues” such as Hungary’s constitutional changes, the retirement age of judges and the media law, Vona insisted.

Jobbik wants to raise real issues in the European Parliament and fight a “real economic war of independence”, Vona said.

Jobbik’s recent results in the Hungarian general election has made the party “Europe’s strongest national party”, he said, insisting that Jobbik would gain more seats in the EP than before.