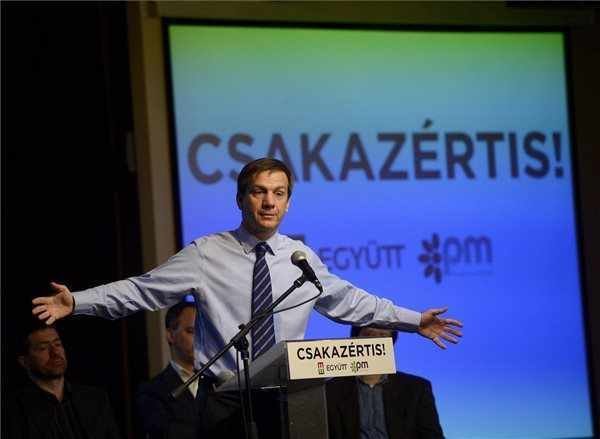 (MTI) – The European parliamentary elections are a chance for the opposition E-PM party alliance to improve on its results at the April general election, Gordon Bajnai, the alliance’s leader, said on Saturday.

Bajnai told a campaign-opening event in Budapest that he would “fight in the campaign as if it was for his life” and asked everyone else involved to do the same.

He said it appeared that the same bad governance would continue in Hungary which would lead to impoverishment, isolation and docility, Bajnai said.

Bajnai said there was no reason to blame the Unity alliance of leftist parties for the election failure, because it was “with a conscious mind” that E-PM had entered the group. He added that for E-PM to rejuvenate, it must go back to “square one”, which, in their case, was the October 23, 2012 where Egyutt (Together) was formed at an anti-government rally.

He said because it was running by itself in the May European elections, it would give E-PM a chance to truly voice its views about Hungary and Europe without any compromises.

“There will be something to vote for, not just against,” he insisted.