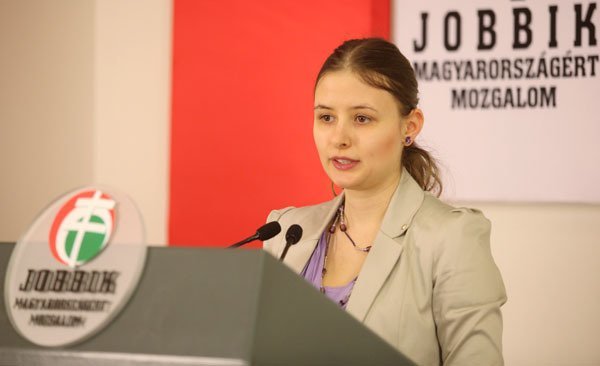 Budapest, April 11 (MTI) – The campaign of radical nationalist Jobbik for the May EP elections will focus on presenting its programme, the party’s spokeswoman said today.

Jobbik’s result in last weekend’s parliamentary election testifies clearly to the success of the party’s positive campaign which it will continue, said Dora Duro.

Jobbik finished third in the April 6 ballot garnering 20.57 percent, the party’s so far best performance, according to preliminary results. This translates into 23 seats in Hungary’s next parliament.

Duro said Jobbik has continued to increase its voter base since 2009, noting that it received in the recent ballot 130,000 more votes than four years ago.

The party’s activists have started collecting signatures for candidates for the EP elections Hungary will hold on May 25, she said.