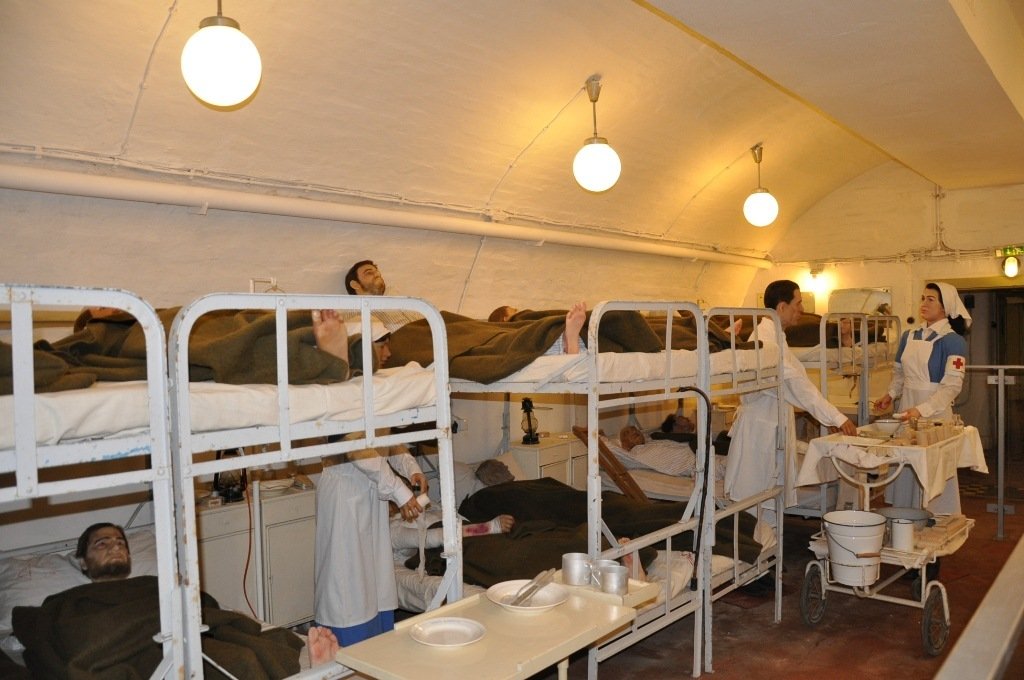 Budapest is packed with famous museums and galleries, but did you know that the city also has a museum dedicated to household electronics, the history of the ambulance, a former nuclear bunker and even smithy equipment? Now that fall is here, rainy days are a great opportunity to discover some quirky exhibits in these lesser-known museums, visitbudapest.travel collection.

Hospital in the Rock Museum (Sziklakórház)

This former secret emergency hospital and nuclear bunker, located beneath Castel Hill, is a truly unique experience. Guided tours take you to the caves and cellars that were used as a hospital, saving many lives during World War II and during the 1956 Revolution. The nuclear bunker, built to withstand potential chemical and nuclear attacks, was added during the Cuban Missile Crisis and it’s a reminder of the Cold War.
Address: Lovas út 4c, Budapest 1012
Open: daily, 10am to 8pm

Vintage vehicles used for delivery rounds, the recreation of a 19th century post office, an early telephone switchboard and the evolution of the mailbox are all on display at the Postal Museum. The exhibit is located in the extravagant setting of an industrial tycoon’s former palace/residence, the Benczúr Ház.
Address: Benczúr utca 27, Budapest 1068
Open: Tuesday – Sunday: 10am to 6pm

Museum of Electrotechnics (Elektrotechnikai Múzeum)
Hungarian inventions include the first electric motor (Ányos Jedlik) and generators for electric locomotives (Kálmán Kandó), so it’s only appropriate to dedicate a museum to the history of electrical engineering. Permanent exhibitions include a collection of early electrical household items and neon signs. The building of a former 1930s Bauhaus-style transformer station is the perfect home for the museum.
There are special interactive exhibitions for kids with robots & robotics, puzzles, model trains and more. If your kids speak Hungarian, be sure to sign them up for a guided tour. These fascinating tours – with men in white coats – explain the science behind the exhibits in a fun and interactive way, albeit only in Hungarian.
Address: Kazinczy u. 21, Budapest 1075
Open: Monday – Friday: 10am to 5pm, Saturday: 10am to 4pm

Stretchers, badges, transport incubators, first-aid kits, sirens, emergency lights, switchboards and more are on display at this unique museum. Visitors can also take a look at some modern and vintage rescue vehicles and equipment used at the turn of the 20th century.
Address: Markó utca 22, Budapest 1055
Open: Monday – Friday: 8am to 4pm, Saturday: 8am to 2pm

This museum is dedicated to the history of the first subway line in continental Europe, which began operations in 1896. Train carriages from different eras, including the royal carriage built for Emperor Franz Joseph, are on display.
Address: Deák Ferenc tér, Subway station, Budapest 1052
Open: Tuesday – Sunday: 10am to 5pm

Try Unicum and follow the story of this famous bittersweet drink along with the history of the Zwack family all the way back to the Austro-Hungarian Empire. Don’t forget to check out their unique collection of 15,000 miniature bottles of every alcoholic beverage you can imagine.
Address: Soroksári út 26, Budapest 1095
Open: Monday – Friday: 10am to 5pm 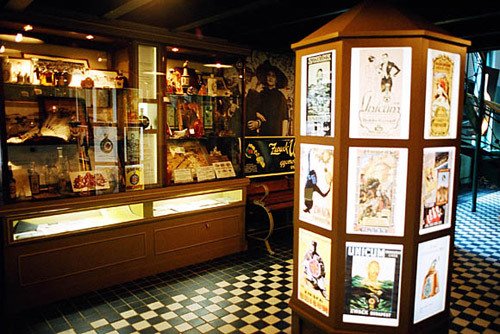