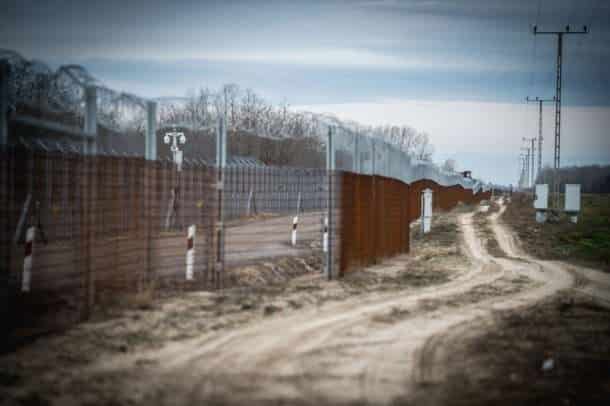 Ruling Fidesz on Tuesday said it had “further evidence” that the leftist opposition Democratic Coalition (DK) wanted to “tear down the border fence and let migrants” into Hungary.

At a press conference, Fidesz MP László Böröcz cited DK MEP Klára Dobrev as saying recently that she opposed any reimbursement of Hungary’s border protection costs by Brussels. He said this was because DK “isn’t looking to protect Europe and Hungary, but instead wants to settle migrants here.”

“[DK leader Ferenc] Gyurcsány and his party have already been doing everything they could to attack Hungary’s border protection measures,” Böröcz insisted.

“Gyurcsány has literally said that it was completely pointless to seal the border and has gone there personally to protest against the construction of the fence.”

Böröcz also noted that Democratic Coalition had refused to back a constitutional amendment proposal banning the settlement of migrants in Hungary and had collected signatures in support of the European Union’s migrant quota scheme.

DK’s platform also promotes making Hungary a migrant-accepting country, he said, adding that the party wanted the competencies of border control and immigration policy to be transferred to Brussels.

Böröcz also accused DK of “playing an active role in Brussels’ attacks against Hungary’s immigration policy”, adding that the party has been calling for the establishment of an EU institution “dealing with the organisation of migration”.

DK group spokesman Zsolt Gréczy, when asked at a press conference to comment on Dobrev’s remarks regarding the reimbursement of Hungary’s border control costs, said though DK considered border protection and national security important, the EU “shouldn’t be paying Hungary on the basis of an arbitrary demand by a Fidesz politician”.

Gréczy called on the government not to “steal” the funds allocated for border protection and to account for the actual costs of border control. He cited Dobrev as also emphasising the need to make a distinction between national security and “theft”.