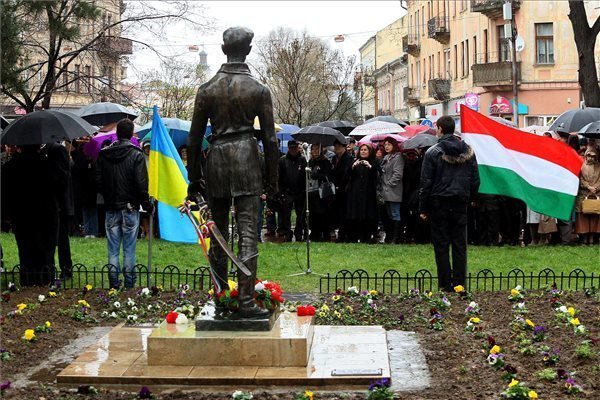 (MTI) – Hungary stands ready to transport gas into Ukraine and the technical means for doing so are at its disposal, Janos Martonyi, the foreign minister, said on Thursday.

At the meeting, Martonyi confirmed that as a neighbouring country, Ukraine has been a partner of outstanding significance ever since becoming an independent state.

Hungary supports the Ukrainian government’s efforts towards stabilisation and emphasises its standpoint that Russia’s annexation of Crimea is illegitimate and illegal, the statement said.

Martonyi expressed concern about the developments in Ukraine’s east over the past few days. He underlined the message expressed on numerous occasions by the heads of state and government of European Union member states that any further escalation of the confict could carry grave consequences with an impact on relations between the EU and Russia.

Martonyi noted that the Hungarian government feels a keen sense of responsibility towards Hungarians in western Ukraine, especially in terms of their safety and livelihoods in their homeland.

Lubkivsky said that the Ukrainian side greatly appreciated Hungary’s “unwavering position in connection with Ukraine”. He said that when formulating regulations on minority language use, every caution would be employed and European norms observed.

On Thursday the ITAR-TASS Russian news agency said that Russian President Vladimir Putin had sent a letter addressed to leaders of countries which buy Russian gas. In the letter Putin briefed the leaders about the critical situation that has developed due to Ukraine’s gas debt and the grave consequences this may have regarding European Union and Russia’s relations.

Putin said on Wednesday after holding talks with members of the government that Ukraine owes Russia 16.6 billion US dollars, including 2.238 billion dollars in debt related to gas supplies.