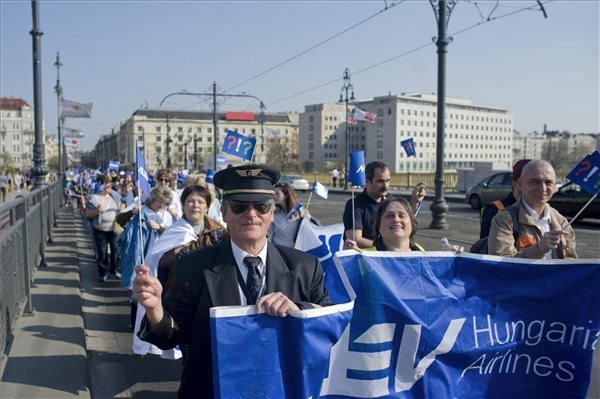 (MTI) – About 250 former employees of Malev and sympathisers demonstrated in Budapest on Saturday because not all of the airline’s staff have received their pay two years after the national carrier went under liquidation.

The demonstration was held in front of the Hungarian National Asset Management Company’s (MNV) headquarters.

Csaba Demeter, who heads pilots’ association HUNALPA, said there had been “finger-pointing” instead of dealing with former Malev employees. He pressed for former employees to be paid their due, adding that “it doesn’t matter how”. 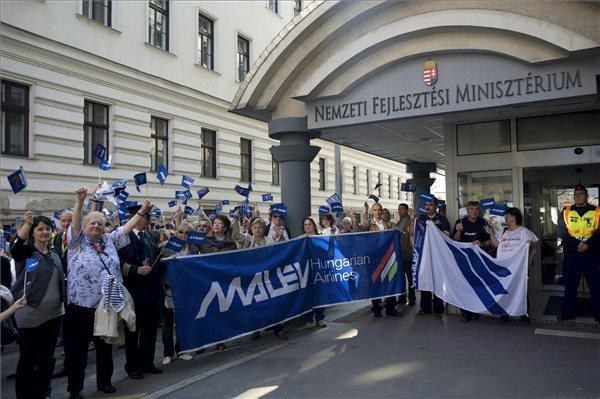 The demonstrators presented a petition to MNV’s staff demanding the transfer of back pay as well as an acknowledgment of responsibility by the government for “destroying” Malev.

Financially troubled national airlines Malev was grounded after 66 years of operation in early 2012.