Vona called his nomination a great honor, and also a great responsibility. He feels that he is much more prepared for the job than in 2010.

The Hungarian Socialist Party has received 12 years to prove itself, the Fidesz has gotten eight years; during these years, the country was looted, the national debt quadrupled, jobs disappeared, the manufacturing base of the country wiped out, we became world leaders in various forms of self-destructive behavior and a half million Hungarians fled the country said Vona.

He then reiterated his earlier remarks about Hungarian society of which a significant part is being kept hostage by the Socialist and the Fidesz parties. These parties are terrified of each other and because of that the election campaign is not about programs but fighting against each other. Jobbik would like to rescue society from this appalling situation, it wants to represent those that had enough of both parties. 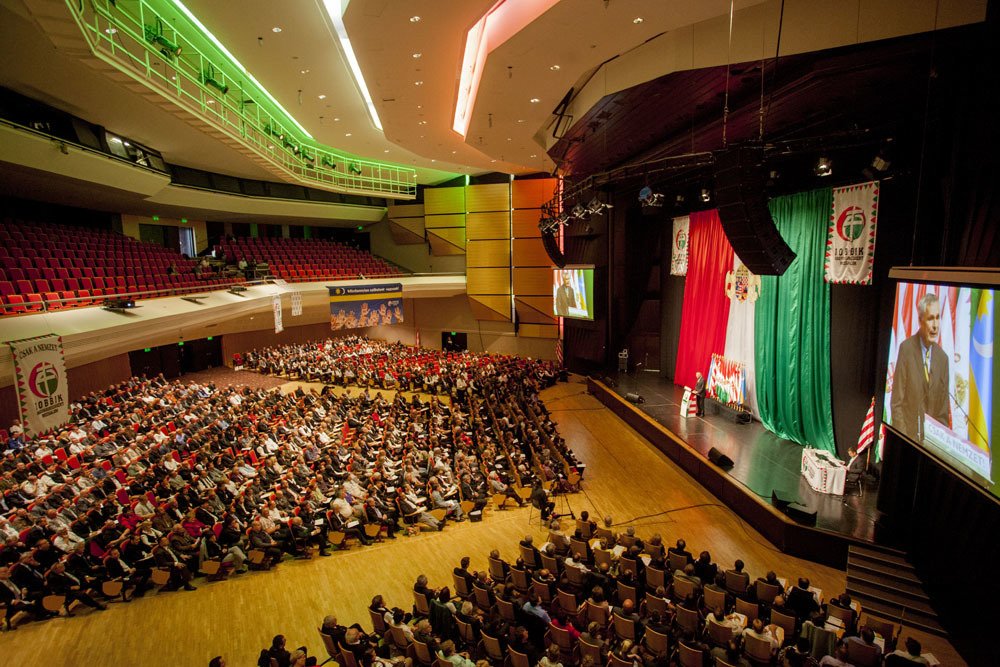 Gábor Vona called on the Hungarian people to give his party four years to be able to prove that they can govern the country much more efficiently than the other parties. Jobbik’s program has three pillars: restore social security, create jobs (decent wages to the working people) and restore government accountability (eliminating corruption).

At the event, for the fist time the Pongrátz Gergely Cross of Merit Medal was awarded to journalist Ferenc Szaniszló and the Captain of the New Hungarian Guard István Mészáros.

After the congress, Gábor Vona and one hundred other Jobbik members and supporters left for Székely Land to join the Székely march for autonomy.