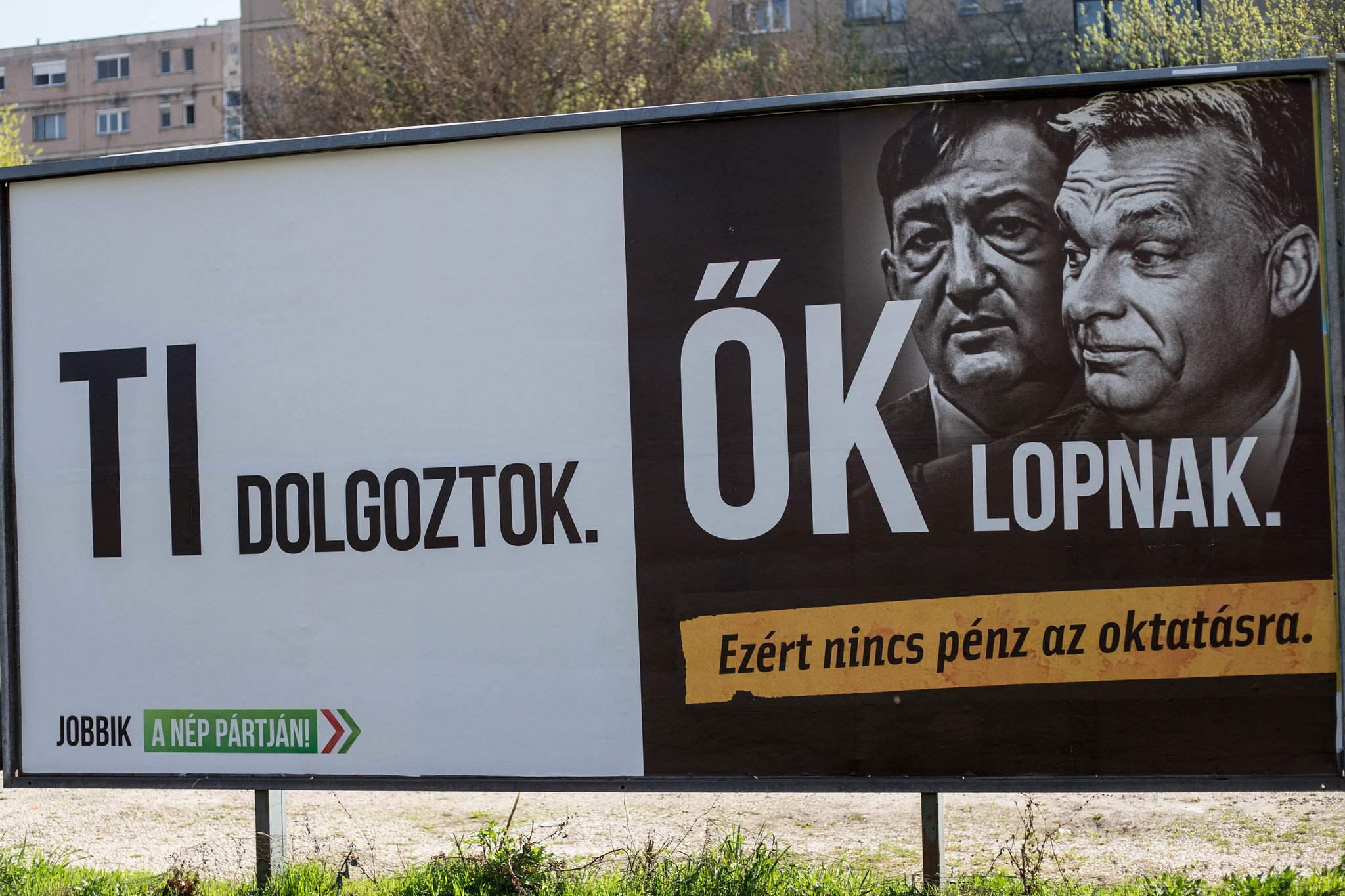 You work! They steal.

A government declaration was published on Friday in Magyar Közlöny concerning advertising space, which determines the process of last years’ law of settlement structure protection’s execution, as Index spotted.

The declaration signed by Viktor Orbán claims that in 30 days, new advertisements can only be placed with the permission of the municipalities, and only those advertisement spaces can remain after 2021 that satisfy the new government regulation.

The government practically alters and modifies an entire market branch, and the participants of the market don’t know how to deal with it. Alfa Plakát Ltd.’s owner and manager Péter Szigeti was informed about this declaration when Index called him, but he added: there were gossips about it for weeks.

“We still think that there should be no such harsh interventions in this field, and we will try our best to oppose the execution of this law,” Szigeti told Index.

According the attachments of the declaration, only municipal and state owned spaces will be available for advertisement (with the permission of the owner), and hardly any private places or buildings will be permitted the same. However, the current billboard market is structured in a way that out of the 30,000 billboards, 90 percent is located in private territories and 10 percent in municipal places. The law will alter the ratio, so in a couple of years, only the companies can advertise in public spaces which the government allows.

The piquancy of the declaration is that practically the same concept was in debate in the form of a leaked application. János Lázár admitted later that there was indeed some discussion about the total reformation of billboard market, but it didn’t make it to the Parliament as a bill.

Though the settlement structure protection law justifies the existence of the law by saying that “there is too much noise in advertisement,” it is not difficult to interpret the government’s efforts as attempts to remove personae non-grata from the advertisement market such as Lajos Simicska.

The dormitory roommate of Viktor Orbán and former finance manager of Fidesz is one of the most influential figures in billboard marketing, which did not concern the government until Orbán and Simicska did not get into conflict. Since that time, the government tries to oust its former favorite entrepreneurs.

Another bill was published before the declaration on Friday by which the government tries to prevent Simicska’s companies from providing advertisement spaces for Jobbik under market prices during the election campaign.