Budapest, April 28 (MTI) – The government will reveal all information in its possession regarding the Budapest metro contract with French engineering company Alstom, government office chief said on Thursday. In addition to European Union funding, an unprecedented 1.6 trillion forints (EUR 5.14bn) of national funds will be made available for developments in 2017, government office chief János Lázár said. The government is considering a proposal aimed at introducing a new national curriculum in 2018, and reducing the burden on students from the 2017-18 academic year, he told.

Roads, city developments and priority state projects will be financed from this amount, he said at his regular weekly press conference.

On the subject of dairy farmers, Lázár said the government has decided to introduce measures to assist the sector, including considering the possibility of putting a curb on dairy imports. The state could also approve higher subsidies for dairy farmers and the opportunity for developments will be opened up for big firms, too, he said. Lázár said the government is also examining how more Hungarian milk could be sold to public kitchens. He also promised more severe audits on dairy importers. 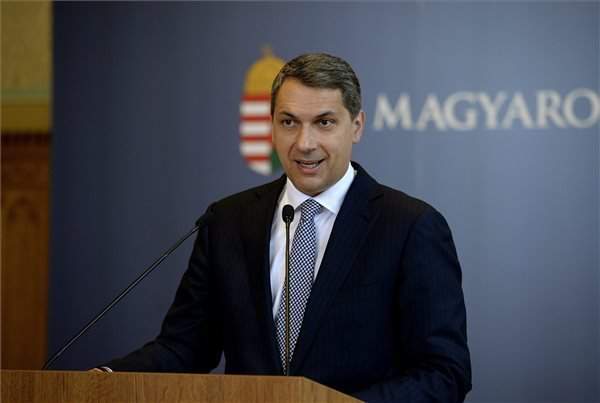 Lázár said the Socialist-Liberal governments and Liberal leaders of Budapest “got mired in an international crime scandal” and he called for all details of the case to be cleared up.

As we wrote, earlier today Fidesz group leader Lajos Kósa said the government should release the names of those who were involved in the signing of the metro contracts with Alstom. The 65 billion forint contract for Alstom to supply metro cars to Budapest’s new metro line were signed in 2006. The contract was later modified under new Budapest municipal leadership. Former prime minister Péter Medgyessy was implicated in the case as he had ties to companies that allegedly received bribes. Alstom was recently revealed to have transferred more than 597,000 euros to a company owned by Medgyessy’s family. Kósa said the UK’s Serious Fraud Office had investigated four Alstom executives for alleged corruption and found they had transferred 2.3 million euros to Budapest transport company BKV for preferential treatment in the bidding for the metro contract.

Lázár said the proposal was tendered by László Palkovics, state secretary for education, and was based on recommendations by the government’s public education roundtable.

On another subject, Lázár voiced support for an overall rehabilitation of Buda Castle, which hosts the presidential Sandor Palace and where the government is planning to move the government offices.

Lázár quoted a 2011 parliamentary decree, under which the government is to move out of Parliament, and said that the solution should be “as reasonable and simple as possible, through restoring old buildings and preserving values”.