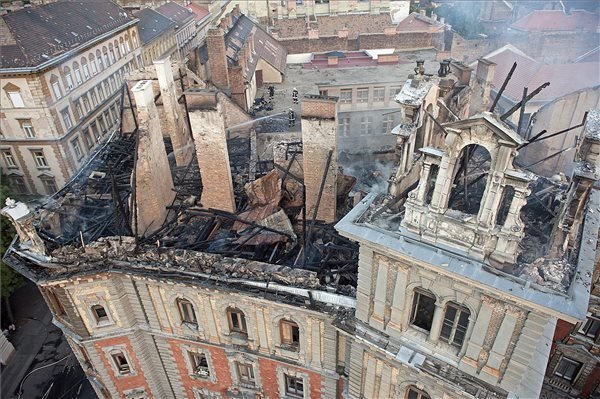 (MTI) – The government will contribute to efforts to rebuild a historic apartment block in Budapest’s Andrassy Avenue, whose roof and upper storey were consumed in a disastrous fire last week, the Prime Minister’s Office told MTI on Wednesday.

Deputy state secretary for cultural heritage Imre Puskas, the mayor of the local district, as well as other officials visited the damaged building, located at a World Heritage site, earlier in the day. After the visit, Puskas pledged to start negotiations with the block’s residents and owners, as well as with representatives of the municipality and relevant authorities in the next two weeks.

The official said that though the Hungarian state did not own a stake in the building, the government was interested in having the building restored “as fast as possible and in a satisfactory manner for all parties”.