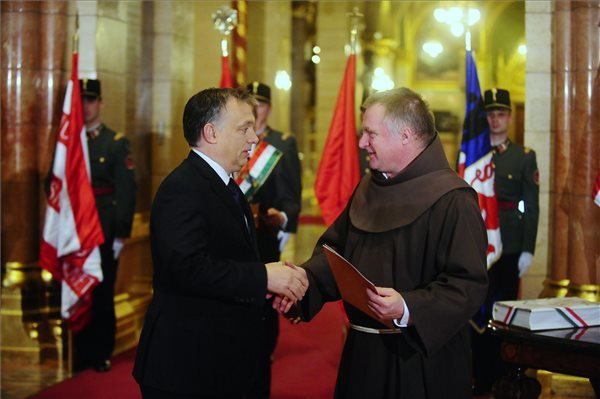 MTI – The half a millionth ethnic Hungarian residing abroad and applying for Hungarian citizenship took their citizenship oath in Budapest today.

Applications for fast-track citizenship have been possible since January 3, 2011 under a parliamentary resolution passed on May 26, 2010.

Orban told the event that in 2010, Hungary “knocked off the lock from its gates” and opened wide to all that claim to be Hungarian. “The storms of 20th century history spread Hungarians around the globe, and there are now Hungarians living in every corner of the world. We believe that, regardless of their place of residence, they are all members of our nation,” Orban said.  He said it was an honour to welcome Bojte and his mother as Hungarian citizens.

Semjen said “this day marks the celebration unifying the Hungarian nation in the sense of public law.” He added that the choice of date, location and person had symbolic meaning.

A referendum held on December 5, 2004 rejected the granting of citizenship to ethnic Hungarians and Semjen said today “is expected to repair the shame resulting from that betrayal of the nation.”