Hitchhiking the seven seas: A Hungarian girl on a journey around the world 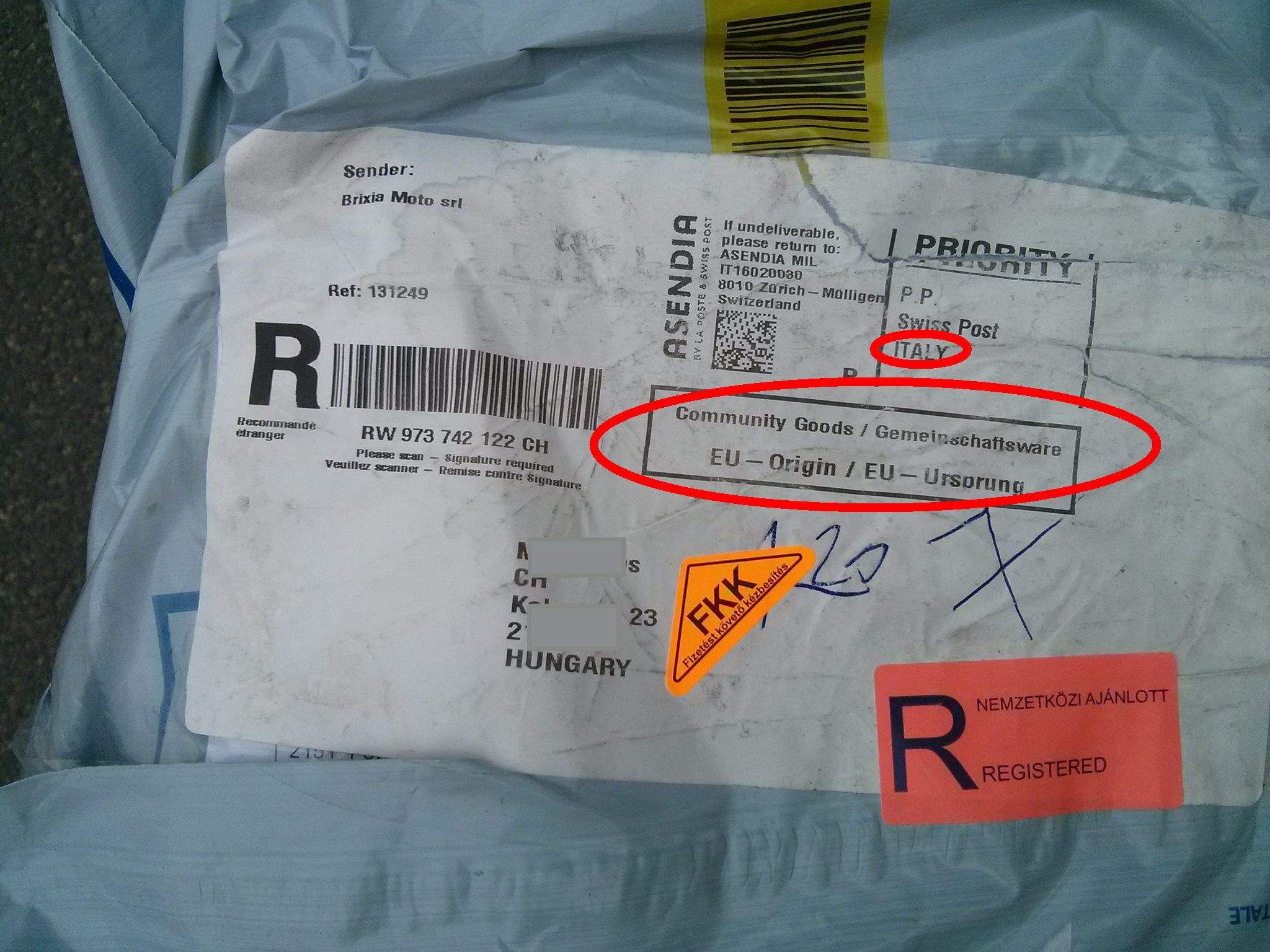 Here’s the story of a Hungarian woman who has been sailing the world since she was born, who swum under a ship to free the propeller, and who once found herself homeless in French Polynesia. Veronica Wynne-Hughes was born to a Hungarian mother and an English father, and, as a kid, she sailed around the Mediterranean Sea with her family. After finishing university she began to travel the world on her own, nlcafe.hu writes.

“Because of our lifestyle, I started school in Malta, then continued my studies in France,” says Veronica Wynne-Hughes, who blogs about her adventures on hajostop.com. “In winter, when the boat was pulled ashore, we got in a trailer, and continued our journeys that way.”

Veronica has visited countless places, her favourite country in the Mediterranean region is Turkey, while in Europe, she loves Andorra the most, which she also visited with the trailer. 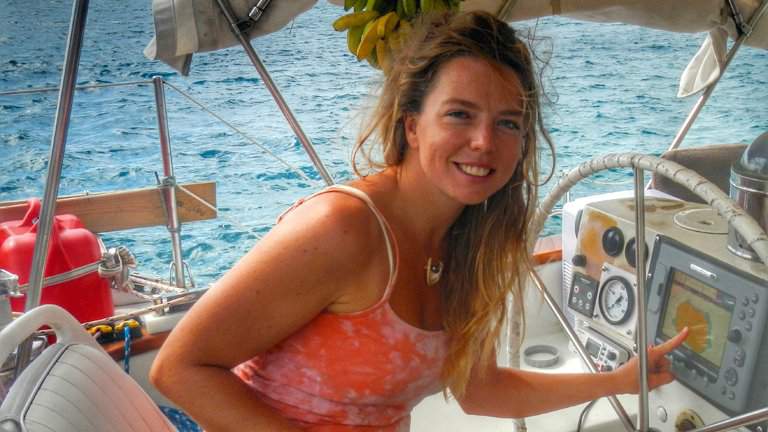 “I finished university in Liverpool, then I did my master’s at Pázmány [in Budapest], after which I started working as a psychologist, which I love,” said Veronica.

“It wasn’t disillusionment or bitterness that made me leave Hungary, my goal was to see the world in person, and not just through a screen. And to have an adventure, of course! I hope that what I do inspires people to fulfil their own dream, whatever those are. And when I’m done travelling, I plan to go back home and pick up my life exactly where I left it.”

Veronica joins ships as a crew member, and she works in exchange for travelling. She frequently joins older sailors who  can no longer do the more demanding physical jobs on board. She sees a real difference between people’s approach to sailing in Hungary and in other parts of the world.

“I think in Hungary it normally goes like this: those people whose salary exceeds a certain amount look around to see what kind of hobbies people, with similar asset conditions, have, then they start sailing and buying sailing boats. This is why, at home, sailors are regarded as rich people,” she explains. “This isn’t true everywhere: my parents didn’t have money either, we only had my father’s pension and my mother’s child care benefit. There were years when we only celebrated Christmas in January, when my father’s quarterly pension arrived. But then the tricycle was there, early in the morning, on top of the mast where Santa Claus left it. Not everyone in the international sailing community is a millionaire. Most people are broke, they sell their houses to live on a boat. This means freedom for many of them. There are a lot of older folks among them who need help, whose shoulders and knees are no longer strong enough to do the tasks on board, but they still want to keep sailing. They often hire a crew, and offer food and a cabin in exchange for 2-3-4 hours of work a day.”

“So hajóstop [hitchhiking by boat] means working on a ship while travelling in a certain direction. I’ve been travelling for over two years, and I’m on my eleventh ship. When I finished my work for the day I can look around on the shore. I try to see as much as I can while the ship is moored in the harbour, then on we go. This is the way we float around the globe.” 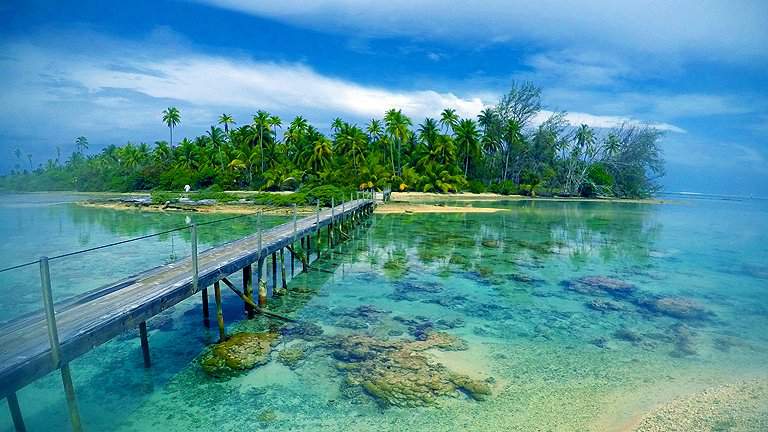 Since Veronica’s parents are also travellers and adventurers they weren’t scared of the idea that Veronica would travel around alone. Both she and her younger sister were raised to be resourceful.

“I remember, I was around 5 or 6, when we docked in Italy,” Veronica says, “My dad gave me some money, then told me to go exchange it for local currency in a bank, then buy some bread and bring it back. Of course, this was in the harbour of a charming little town, almost in the centre, so both the bank and the bakery were near. But still, he told me to do this alone! I didn’t even know, but he was trailing behind me as I approached a bank in this foreign country. I exchanged the money (although I suspect my dad was behind me, gesturing to the clerk), then in the first shop I bought a loaf of bread, and went back to the ship. Things like these prepared me for what I’m doing now.”

According to nlcafe.hu, it depends on the ship how big the crew is. “Most often, it’s just the skipper and me, and sometimes the skipper’s girlfriend or wife is also on board. But sometimes we’re joined by their friends, who stay with us on longer journeys – across the Atlantic Ocean, for example. At the moment, I’m travelling on an Alaskan skipper’s ship, he and his girlfriend like to have a lot of people around, so when I joined them, we had a crew of five. Now it’s just two of us, but soon we’ll be joined by two others. Everywhere I try to get to know people, make new friendships. So while, in theory, I’m travelling alone, I’m actually almost never on my own.”

Travelling around the world is not devoid of adventure. Veronica’s most recent experience was in French Polynesia, where she became temporarily homeless, but even this did not discourage her.

“It was our first stop after the Galápagos Islands, following our crossing the ocean,” Veronica recalls, “At the Panama Canal, the crossing fee had to be paid in cash, but the skipper’s card had a limit, and we waited for several days in Panama while each day he withdrew the maximum amount from his account. However, because of these strange transactions, the bank closed his account, so after crossing the canal, he had to hurry onwards to Tahiti. But we didn’t want to miss the Marquesas Islands and Tuamotus, where also Gauguin was painting.

So I found myself in a situation where my skipper left without me, and I haven’t found my next ship yet. It took a week to find a new one, but to be honest, I didn’t mind being homeless in French Polynesia.

Luckily there was plenty of water, so I could wash every day, and I spread a blanket on a field where the view was great, and I counted shooting stars before falling asleep. Someone lent me a camping stove, so every evening I had instant soup, and during the day I ate baguettes. It’s not a bad life.” 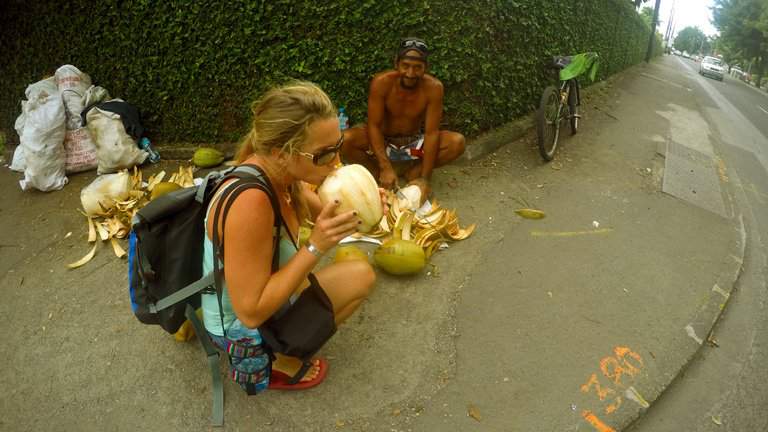 “But Galápagos was a great experience too, and I also got to attend a luxury metal festival in Miami, for free. I hitchhiked to visit Bob Marley’s grave in Jamaica, I climbed Mayan temples in Belize, and now I’m swimming with sharks and manta rays, although I need some practice at this because they’re not my favourite animals. Another recent experience is air guitaring on the Equator, and crossing the Atlantic Ocean without power, hand steering most of the way.” 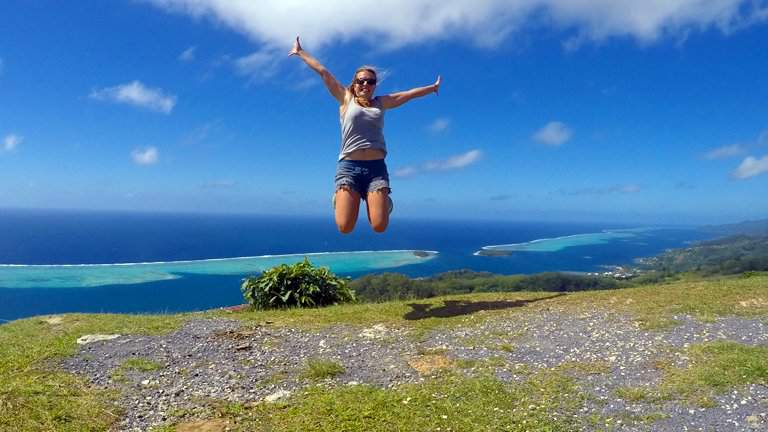 This lifestyle is not without danger either. On the Mediterranean Sea a rope got wrapped around the propeller, and Veronica had to swim under the ship to cut it with a knife.

“After this, our jib got loose, which we couldn’t pull in because of other issues, so during the storm, a giant metal rod fell onto the deck from 10 meters’ height,” she says. “We were lucky it was a steel boat, and we managed to secure the rod, but it took some time and we were quite scared.

Next day, we almost sunk; luckily the Italian coast guard arrived, 8 hours late, while we had to keep drawing bucketfuls of water from the ship because none of our pumps worked. It took 48 hours to be towed ashore, as we could only travel at 1 knot because the ship was so full of water.”

According to Veronica, there is no need for an awful lot of preparation to start living like her. If someone wants to try what it’s like to live on a ship, all they need is sailing experience and a good command of English. The next thing to consider is what to take on the journey.

“I’ve never used my hair straighteners, nor my mascara, although sometimes it would be nice to go back to being a bit more feminine, and not be so wildly dishevelled all the time, but I think it was a rather naive idea to even bring these things.” 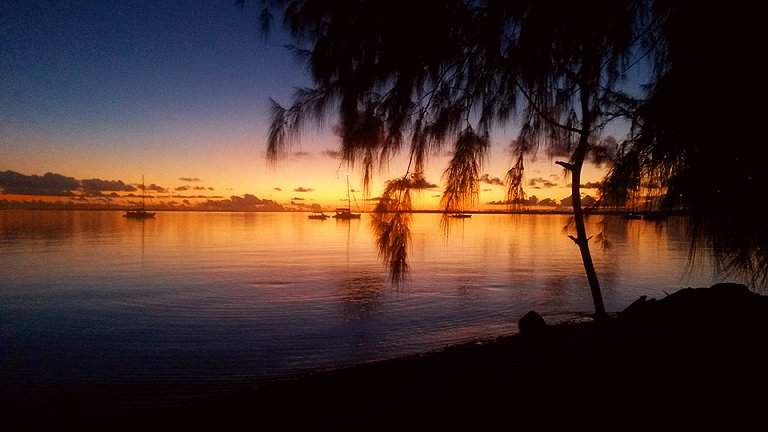 As far as finances are concerned, Veronica doesn’t think that a lot of money would be necessary to travel the world like she does.

“I didn’t spend years saving up, since I work for the food and the accommodation, and besides these, I usually spend ridiculously little” says Veronica, who sometimes spends as little as 16 Euros a month.

You can follow Veronica’s adventures on hajostop.com, where she posts about her travels in English and Hungarian, and you can watch snippets of her life on her YouTube channel.