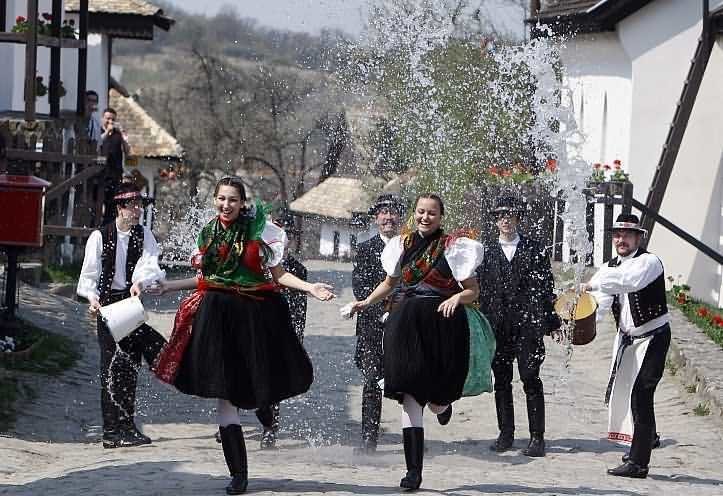 Budapest, April 14 (MTI) – Hollókő, a world heritage village in north Hungary, will host this weekend an Easter festival organised in the traditional Paloc style native to the area.

The rich programme will include traditional Easter customs, such as water spraying and an Easter procession and fair. Visitors can sample the traditional Paloc gastronomy at the festival to last from Saturday to Easter Monday, one of the organisers, Peter Kelecsenyi, said on Monday.

Locals will be dressed up in traditional ornamented village garb and the boys will be chasing girls with buckets of water to pour on them, he said, noting that this is the last time the Holloko villagescape can be seen in its original form before major renovation gets under way.

Folk concerts by well-known performers Agi Szaloki, Agnes Herczku and Nikola Parov and the Kerekes Band, and Tarkany Muvek will be in the three-day programme.

Hollókő is a village of 400 inhabitants and a World Heritage site since 1987. It receives about 80,000 visitors a year. The picturesque village with two rows of intact village architecture surrounds a small gothic c15th castle.