At his hearing, Szijjarto said that though cooperation with Slovakia and Serbia has been burdened with “serious challenges, tensions and historical issues”, a pragmatic cooperation has helped resolve the situation. He argued that building mutual trust should come first, as well as developing cooperation on certain issues, which will serve as a basis to settle difficult issues.

Szijjarto added that bilateral ties with Romania also pose “great challenges”. He insisted that Hungary-Romania ties were at a nadir and blamed Victor Ponta, the Romania’s former prime minister, who had “launched many attacks” against Hungary. The minister added, however, that Romania continues to be an important business partner. 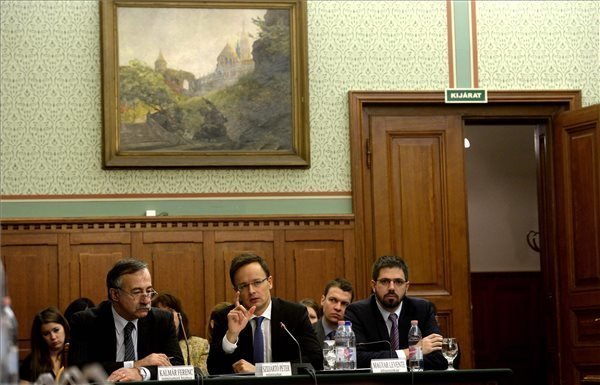 Concerning Croatia, Szijjarto said that the current chill was rooted in Croatian criticism over Hungary’s migration policy, and Croatia’s failure to complete a gas interconnector between the two countries, which he called a “serious threat” in terms of Hungary’s energy security. He noted that focus has been shifted to linking the Hungarian gas network with Slovenia in light of the latter circumstance.

The minister said Hungary firmly supports Ukraine’s independence, sovereignty and territorial integrity, and abides by the joint European decisions. The Minsk agreement, however, should be observed by all signatories, not only Russia, which is a key to a peaceful resolution of the situation, he said.