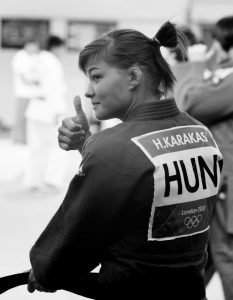 At the 2016 World Judo Masters, celebrated in Mexico, Hungarian judoka, Hedvig Karakas, won the bronze medal, in the -57 kg’s division.

It is worth mentioning that Karakas was qualified to the 2012 London Summer Olympics; however another two Hungarian judoka champions managed to bring home medals.

Back to the 2016 World Judo Masters, Karakas was not the only judoka who represented Hungary, as also Barna Bor participated, in the +100 kg’s division, where he won the fifth place.