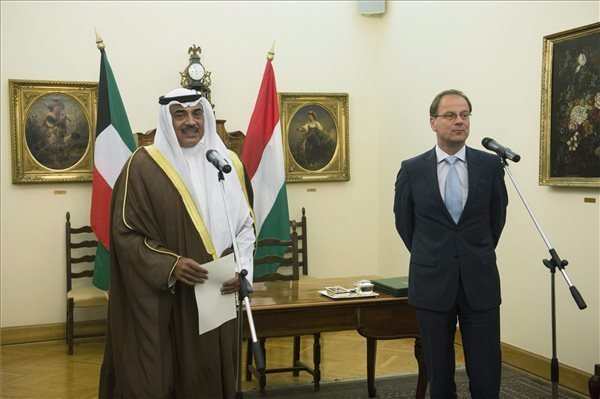 Budapest, June 13 (MTI) – The deputy prime ministers of Hungary and Kuwait met for talks in Budapest on Friday morning and discussed, among other issues, potentials in health spa tourism in Hungary, press chief of the prime minister’s office Bertalan Havasi said.

The two sides noted that diplomatic relations between Hungary and Kuwait go back to 50 years. They reviewed achievements in, and future prospects of, cooperation in the economy, science and culture, Havasi said.

Minister of Foreign Affairs and Trade Tibor Navracsics also met Sabah for talks on Friday. He said after the meeting that the 50th anniversary of establishing diplomatic links between the two countries was a good opportunity to strengthen friendship.

Navracsics told a press conference that both countries are among the most stable from the point of politics in their respective regions. Kuwait can offer Hungary an important perspective to the analysis of the Arab world and similarly, Hungary can help Kuwait understand trends in central and eastern Europe, he added.

The two countries cooperate in policies and the newly signed agreements in agriculture, water management and health care can be beneficial to both countries developing new links, he said.

Hungary and Kuwait share similar views on several issues and this enables them to act together in various international organisations, he added.