Vasas, Videoton and Ferencváros all dropped points again at the weekend, as Újpest got back to winning ways, in-form Mezőkövesd chalked up another victory, and Honvéd remain in the chase.

Gyirmót have struggled for goals at home this season but when Montenegrin Mijuško Bojović stole in at the back post to open his OTP Bank Liga account in the 78th minute, things were looking up for the yellow and blues. In-form János Lázok equalised six minutes later with his fourth of the season however, a deflected shot from long-range, and József Windecker – also scorer in round 15 – secured all three points for Nebojša Vignević’s side in injury time when he rose to meet an Enis Bardhi corner and send a looping header into the top-corner of the net. Újpest break a run of nine games without a victory and move into the top half of the table, whilst Gyirmót slip to bottom and set an unwanted NB I autumn record of five consecutive home defeats.

Mezőkövesd continue their rise up the table to fifth, as former Győri ETO duo Tarmo Kink and Marek Střeštík proved to be the difference against a Videoton team which continues to struggle away from home. Kink opened the scoring after 9 minutes as he arrived in the box to head a Gábor Molnár cross past Ádám Kovácsik. Videoton drew level when Marko Šćepović stroked the ball home having been sent clear by Danko Lazović, his sixth in the last seven matches. The winning goal came three minutes from time, Branko Pauljević taking a quick free kick which caught the Videoton defence off guard as he passed to Marek Střeštík who scored his fourth of the season and give Mezőkövesd four wins and a draw in their last five matches.

Dávid Holman scored direct from a free kick deep in injury time to salvage a point for Debrecen at the new Hidegkuti Nándor Stadion. József Kanta had given MTK the lead from the spot in the 58th minute after Bálint Vogyicska had been felled in the box by Branko Danilović, but Holman’s late strike – his fourth in six matches – sees his side unbeaten in their last four away matches as they sit eighth, two points above MTK in ninth. 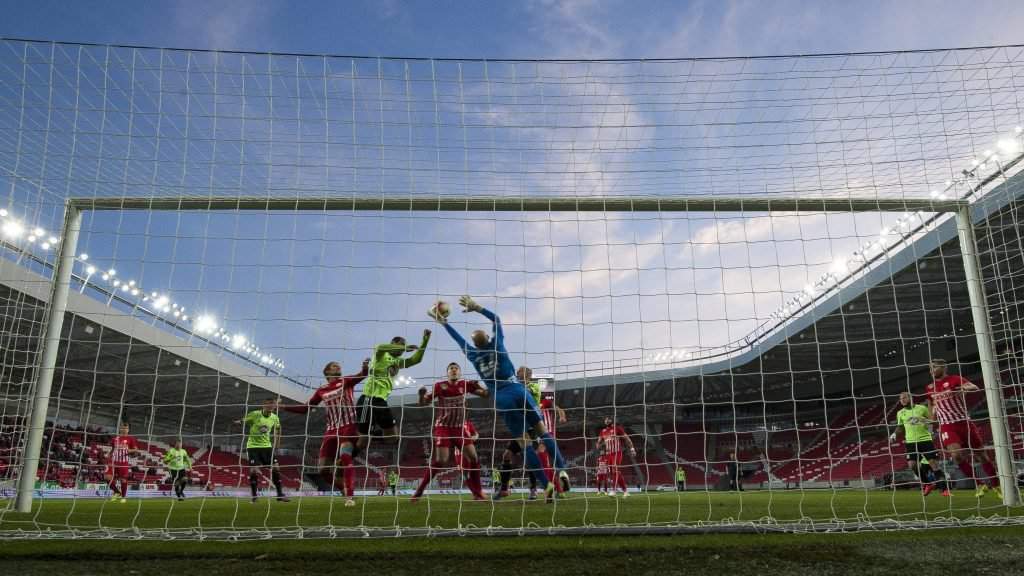 Ferenc Horváth’s Diósgyőr side came from behind against Haladás to win for the first time in four as they move off the bottom of the table, former Haladás striker Roland Ugrai bagging an injury time winner at the Nagyerdei Stadion in Debrecen. The visitors took an early lead through Bálint Gaál, who hit home on the half-volley after Ivan Radoš failed to deal with a headed Stef Wils cross. Haladás had chances to score again, Bence Iszlai hitting the post and Radoš beating away a fierce Gaál free kick. Diósgyőr levelled after 67 minutes, Zoltán Lipták firing home after Haladás failed to clear an István Bognár corner. Ugrai decided matters in the 92nd minute, cutting inside before firing low past Dániel Rózsa at his near post, leaving Géza Mészöly’s side with just one point from their last five matches on the road. 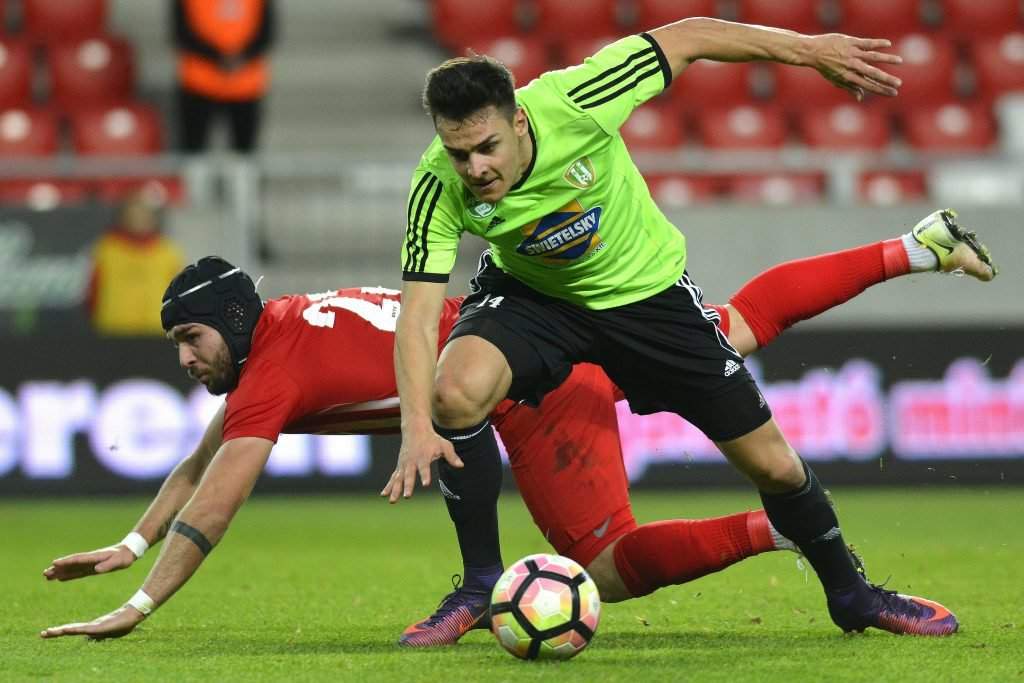 Paks left back János Szabó scored at both ends as Honvéd remain unbeaten in three and move within two points of second place. Szabó found space in the box to slot past Dávid Gróf in the eighth minute to give Paks the lead, but put through his own net towards the end of the first half when he steered a Patrik Hidi free kick past his goalkeeper Szabolcs Kemenes. Paks are unbeaten at home although have drawn seven of those matches, and have now only lost once in their last eight matches. 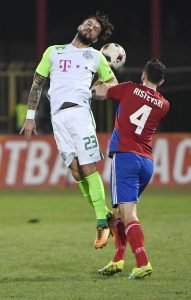 The points were shared between leaders Vasas and reigning champions Ferencváros at the Bozsik Stadion in Kispest in an action-packed match that saw Viktor Kassai award four penalties and two red cards. Thomas Doll’s side raced into an early lead courtesy of Austrian striker Marco Djuricin but had Dénes Dibusz to thank for saving a penalty from Martin Ádám as they led 1-0 at half time. The visitors went down to ten men following the sending off of Cristian Ramírez early in the second half, before Dibusz again saved his side with a great double save from a Mahir Saglik spot kick. Vasas were awarded a third penalty, Saglik being sent-off for an off the ball incident before 39 year old substitute and former Ferencváros man István Ferenczi stepped up to score. Ferencváros thought they had won the game in injury time as Zoltán Gera converted the fourth penalty awarded, but Ferenczi once again brought Vasas level, nodding home a Kire Ristevski cross to make it 2-2.