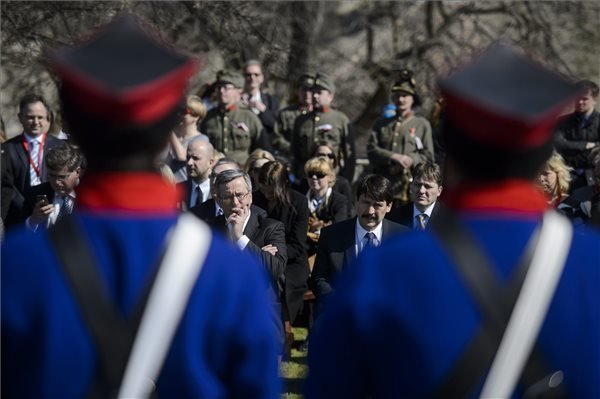 (MTI) – The friendship of the Hungarian and Polish peoples can serve as an example to other nations in the region, Hungary’s President Janos Ader said on the occasion of meeting his Polish counterpart Bronislaw Komorowski in Eger, eastern Hungary, on Saturday.

Addressing an event at a theatre in the town, Ader said the Hungarian and Polish people are connected by their thirst for freedom, independence and their insistence on a European statehood, all of which have proven to be strengths that could shape history.

Freedom-loving Hungarians and Poles helped contribute to the reunification of Europe, he added. 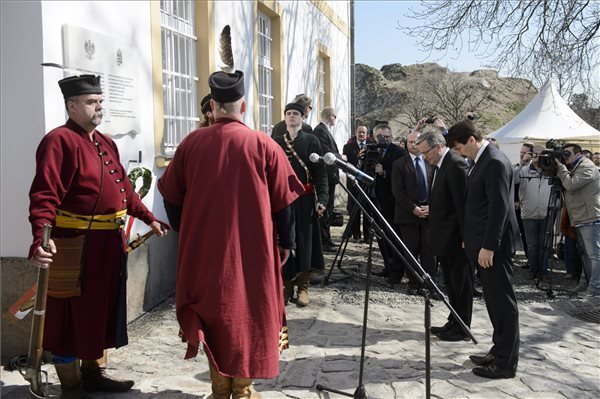 Ader noted that Hungarians helped the Poles in 1939, when they fled their country from Nazi occupation by the thousands, and who, earlier in history had joined the Hungarian Lajos Kossuth’s army of freedom-fighters in 1848. Hungarians also demonstrated solidarity towards Poles in 1956 and the help was returned by Polish people donating blood and medicine to Hungarian revolutionaries, he added.

Komorowski talked about the importance of further developing ties between their nations. The Polish president noted that Poles represent the third largest group of tourists in Eger and that Polish-Hungarian friendship is apparent in the wine trade, too.

Ader and Komorowski attended mass at the Basilica of Eger in the morning before inaugurating a plaque dedicated to Polish refugees of the Second World War.

Under a 2007 decision by Hungary’s parliament, March 23 is celebrated as the day of Hungarian-Polish friendship each year.