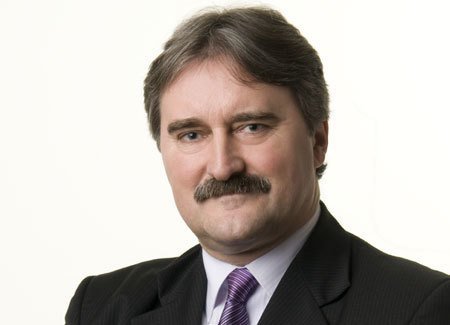 (MTI) – The first ethnic Hungarian presidential candidate in Slovakia, Gyula Bardos wants to make minority rights the subject of public discourse, he said in an interview to MTI on Wednesday.

Bardos told MTI that he wished to be a candidate for the ethnic Hungarian community in Slovakia and for all residents of southern Slovakia. The first round of the presidential election will take place on March 15.

Bardos, head of the Csemadok cultural society of ethnic Hungarians in Slovakia and board member of Slovakia’s Party of the Hungarian Coalition (MKP), said that having an ethnic Hungarian presidential candidate in Slovakia was an important part “in the process of growing up” for the community. Its members can now prove that they are not second-rate citizens, he added.

Bardos said a result below 5 percent “would not be a success”.

Recent polls forecast that the first round of the election will revolve around the two most popular candidates, incumbent Prime Minister Robert Fico and entrepreneur Andrej Kiska.