Swirling winds and chilly temperatures at this opening 2018 FIFA World Cup qualifying fixture played on an unfamiliar artificial surface made live extremely difficult for vistors Hungary but they ultimately managed to secure a clean sheet and a hard-earned point against hosts the Faroe Islands in this first match for either team in Group B.

After all the changes incurred by retirements and injuries, Hungary’s starting lineup retained a familiar feel with all the first eleven except goalkeeper Péter Gulácsi having tasted action in France earlier this summer. Right-back Attila Fiola returned after injury to complete a back four also including left-back Tamás Kádár and centre-backs Ádám Lang and Richárd Guzmics while Ádám Nagy was joined by Ákos Elek in front of the defenders. The three attacking midfield postions were taken up by captain Balázs Dzsudzsák, László Kleinheisler and Krisztián Németh with Tamás Priskin getting the nod upfront.

It was an attritional first-half devoid of any clear chances for either side, Hungary’s Ádám Szalai – on for the injured Priskin early on – coming closest for the away side when the Faroes’ goalkeeper Nielsen only cleared the ball to the Hoffenheim striker under pressure from Kleinheisler, but the shot with his weaker left foot was scuffed wide of the far right post from the edge of the penalty area. Aside from that, only long-range efforts from Balázs Dzsudzsák and the Faroes’ Hallur Hansson tested the goalkeepers but both drives were straight at the respective custodians.

The second half was largely as turgid an affair with the home team perhaps threatening more than Bernd Storck’s, but both teams seemed to scent the possibility of victory in the final stages, another Hungary substitute Nemanja Nikolic serving warning of his intent with a blocked shot from the left channel before Hansson hit the left post for the Faroes with a low, skidding shot after a superb piece of control following a teammates’ header back into Hungary’s penalty area.

Immediately the Euro 2016 participants hit back with several close-range efforts in the space of a minute but the initial ones were blocked before Zoltán Stieber – Hungary’s third replacement – saw his snap-shot superbly saved by Nielsen and Dzsudzsák’s subsequent low cross across the six-yard box somehow evaded Szalai’s outstretched foot. Ákos Elek will also be disappointed to have only volleyed the ball just over the crossbar when all alone in a central position 17 metres out, but at least there were no concessions at the other end during a frantic finale.

All in all Hungary will be glad to have earned a point and a clean sheet from their first match of the group, a tough away trip in tricky conditions. 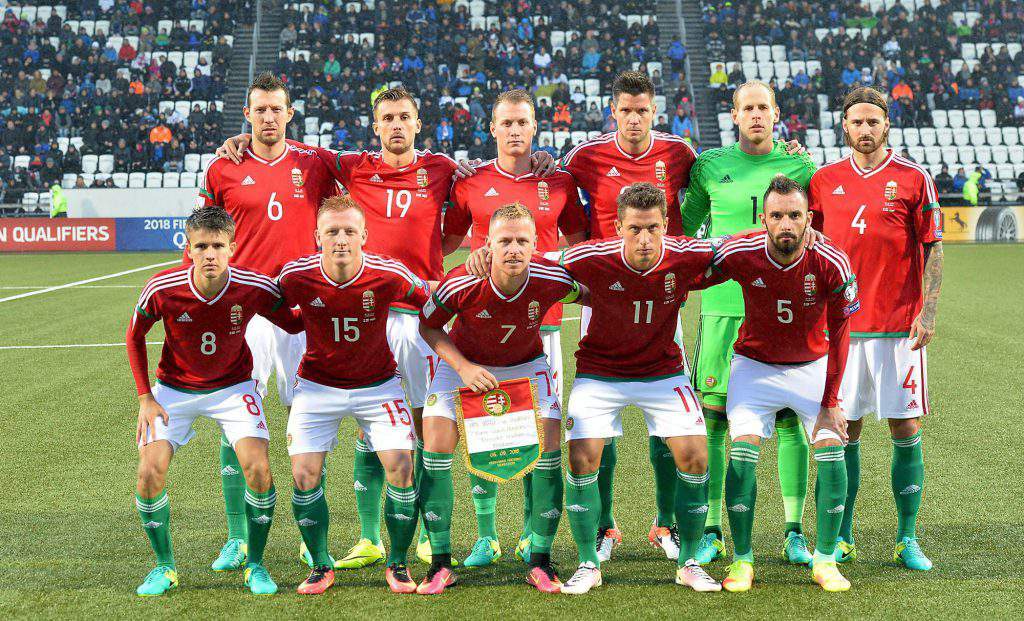 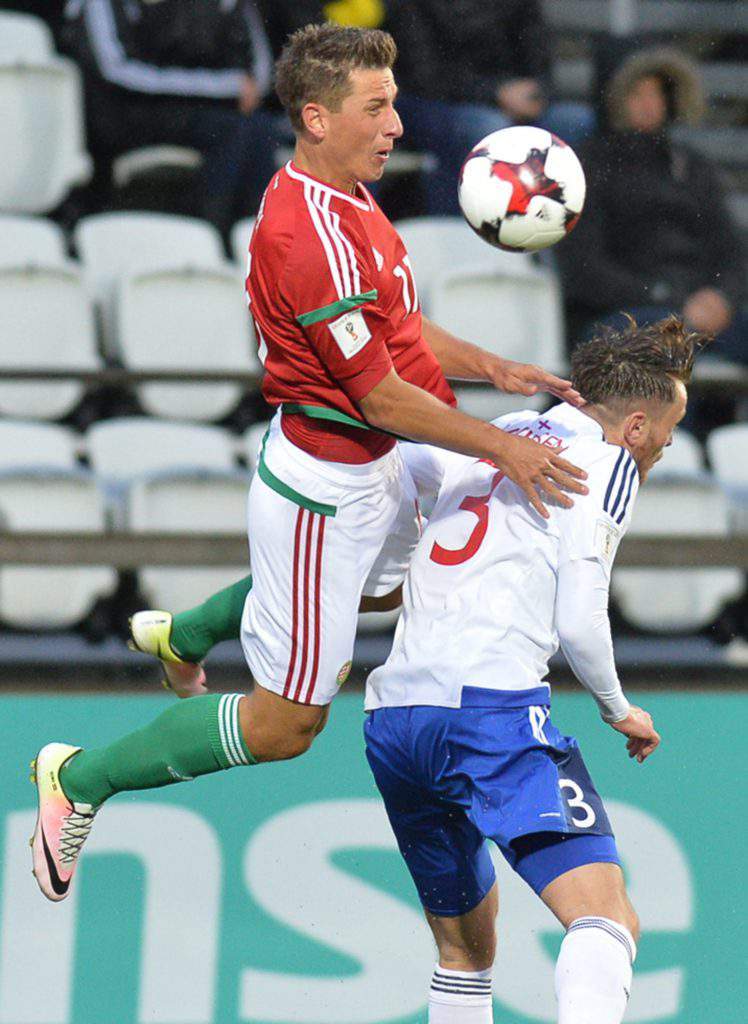 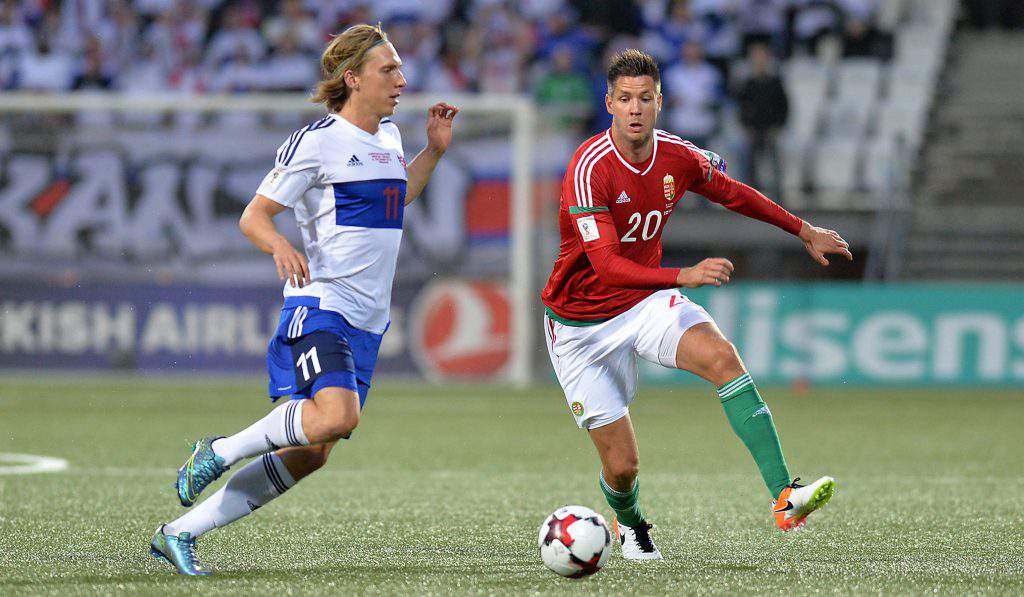 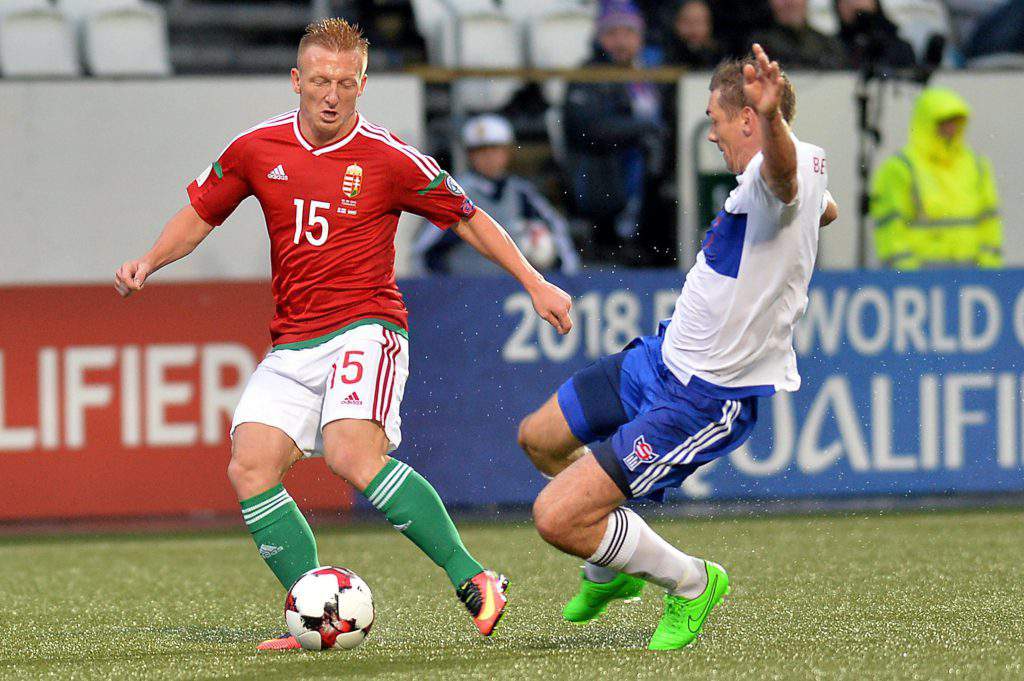 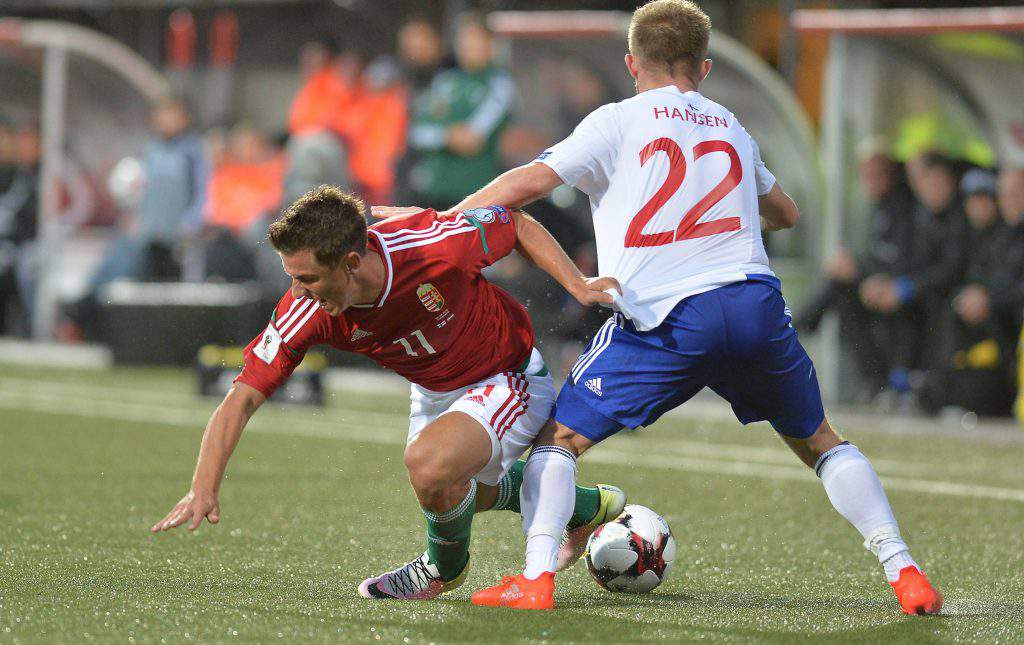 “We tried to attack but we didn’t play well and weren’t able to do what we wanted to do on the pitch. A few of the players aren’t yet in the rhythm of playing matches which they would have needed to be – one could feel that since the start the season they have ‘missed the matches from their legs’. The last pass was missing from our game but even with this we still had chances to win the match towards the end – unfortunately though, we couldn’t convert the opportunities. It would have been good to win here but having seen their game, it can easily come to pass that others drop points against the Faroe Islands too. We now need to look forward – the match against Switzerland will be totally different and I trust that we’ll be in better form and in a better rhythm in terms of playing football”.