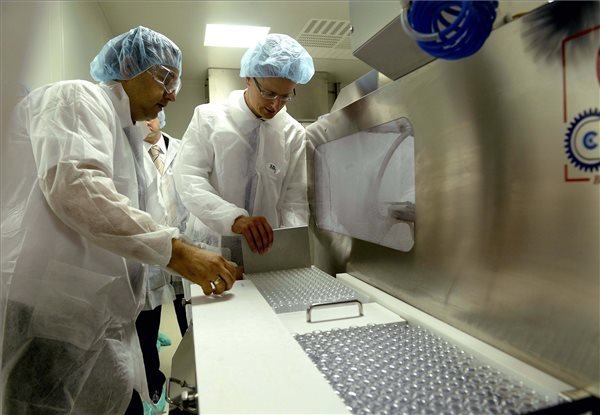 Peter Szijjarto addressed an event at French-owned veterinary company Ceva-Phylaxia that marked the production of its 50-billionth dose of poultry vaccine at its Budapest base.

The state secretary said that the company conducts internationally recognised research and development work that builds on the expertise of Hungarian colleagues.

Szijjarto noted that the company Phylaxia had been established more than a hundred years ago by Hungary’s farm ministry. Now it is Ceva’s biggest research and development centre, he added.

Poultry vaccines make up 80 percent of the company’s output.