The past year has shown that Hungary’s foreign policy has achieved its goals and the means to achieve them have been effective, Foreign Minister Péter Szijjártó said on Tuesday.

At his annual hearing in front of parliament’s foreign affairs committee, Szijjártó said migration was still the number one issue on Europe’s political agenda. Countries that go against the mainstream and reserve the right to decide for themselves whom they allow into their territory and whom they wish to live together with still face constant pressure, he said. The idea of a mandatory migrant settlement is not completely off the table and still gets floated regularly, he added.

Hungary’s ability to protect itself and resist pressure was “an important success”.

He said significant forces were in play in New York in an attempt to enshrine the United Nations’ global migration compact into international law. Hungary is one of the countries that rejected the compact, Szijjártó said, adding, at the same time, that serious attempts were being made to make the document a point of reference in international law.

Szijjártó said the migration situation was intensifying at Europe’s southern borders “and our interest” is that instead of inspiring new migration waves, the EU should help migrants return home or potential migrants stay in their homeland.

Hungary is a “medium-sized” central European country surrounded by major powers, the minister said, adding that the aim was for none of them to have interests “opposed to our success”.

This has been achieved, he said. Hungary has started to rebuild its political ties with the United States, it has been visited by the German chancellor as well as the Russian and Turkish presidents and the prime minister has regular consultations with the French president, Szijjártó noted. 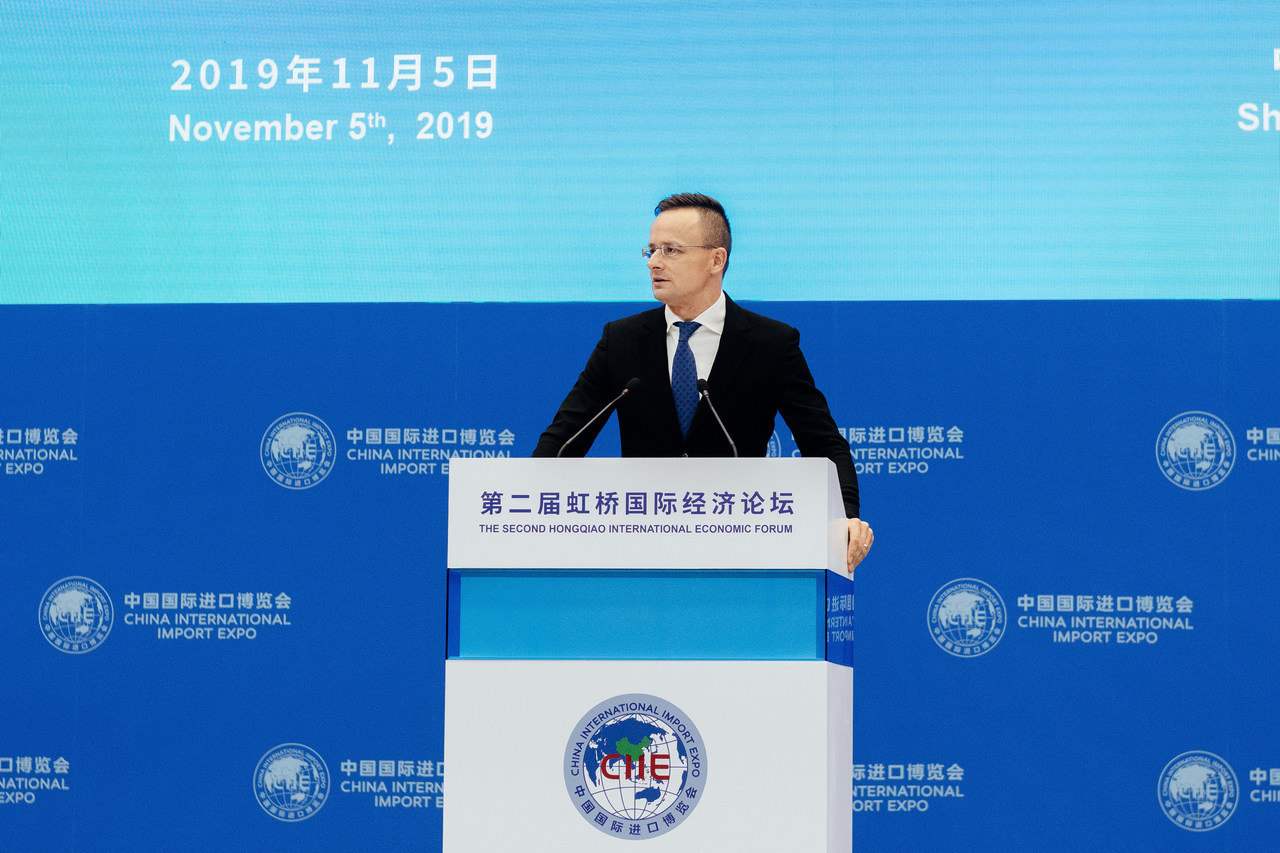 Meanwhile, he said the Visegrad Group comprising Hungary, the Czech Republic, Poland and Slovakia was still “the most successful and tightest alliance within the EU”, adding that the V4 had been successful in representing their joint stance on various EU-related issues. Economic ties among the four countries have also got stronger and they are committed to upholding the alliance, he said.

Concerning the government’s support of ethnic Hungarian communities, Szijjártó said Hungary was cooperating with its neighbouring countries with a view to achieving mutual success and resolving any disputes.

As regards Hungary’s economic achievements he said the value of Hungarian exports grew by a record 4 percent in the first nine months of the year.

Szijjártó said 2019 would be another record year for investments, pointing out that the Hungarian economy has already seen more investments than in all of last year, worth a combined 1,400 billion forints (EUR 4.2bn).

On another subject, the minister said the area of energy security was the one in which Hungary had to deal with “the most hypocrisy”. “None of our allies have done the work” necessary for Hungary to diversify its energy supplies.

Meanwhile, Szijjártó highlighted Monday’s decision by the European Union’s Foreign Affairs Council to approve the list of new European commissioners as the biggest diplomatic success of the year, noting that Hungary will delegate the next commissioner for enlargement and neighbourhood policy. The minister said this was one of the most important portfolios, noting that the commissioner acts as the link between the EU and the countries in the bloc’s neighbourhood.

Hungary has opened 23 new foreign missions since the end of last year.

These will in part serve local Hungarian communities and help Hungary fulfil its economic aspirations. 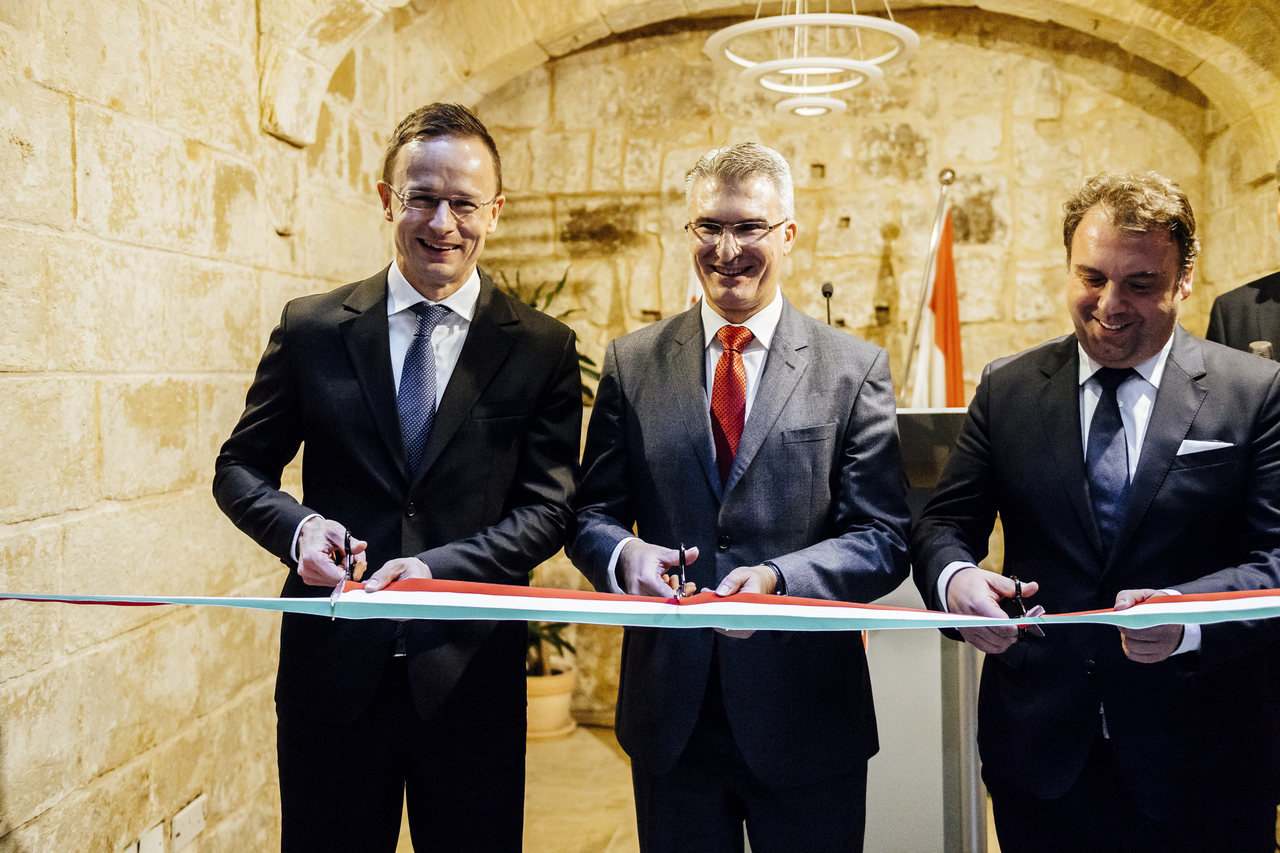 Asked about the situation in Ukraine, Szijjártó said

it was up to the Ukrainian leadership alone to take the necessary steps in restoring the rights of the ethnic Hungarian community.

“All we ask is for them to restore things to how they were,” the minister said.

Turning to Romania, he said the country’s recently reelected president had remained silent when he could have stood up for the ethnic Hungarian community. “We hope it’ll be different this time round,” Szijjártó said.