Hungary is the refuge of the world’s circus performers – PHOTOS, VIDEO 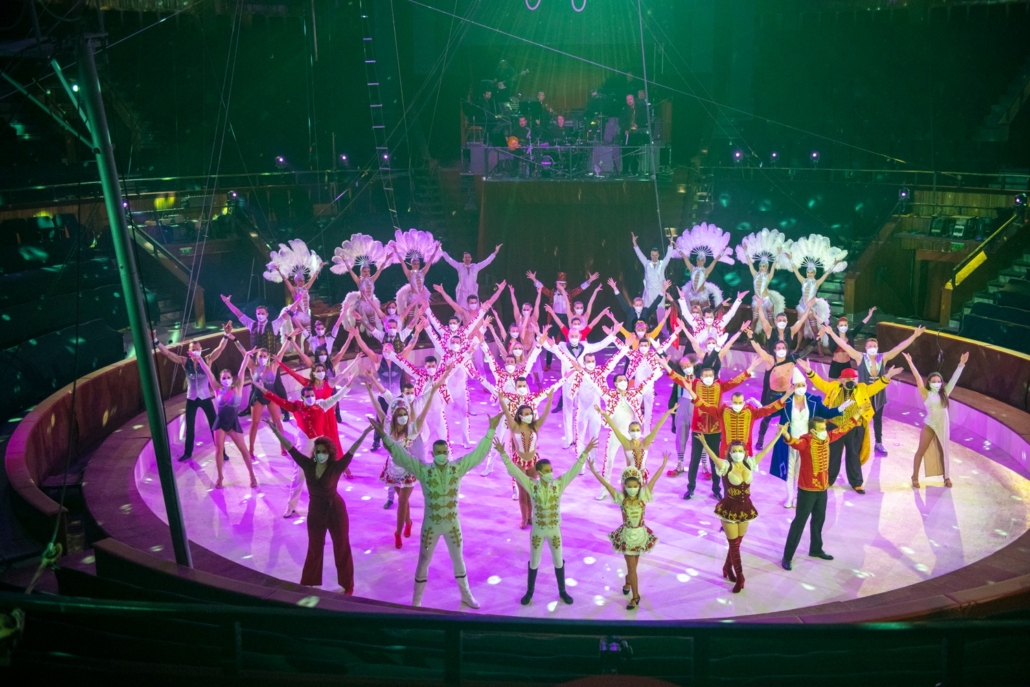 The Budapest Circus Festival started today and ends on 17 January. Monday marked the “zero-day”, world-known Czech circus performer Pavel Valla Bertini broke a world record in unicycle. Before, State Secretary Péter Fekete, said that the world’s circus performers “fled” to Hungary. That is because circuses closed everywhere due to the coronavirus epidemic. However, they remained open in Hungary.

“The management of the Capital Circus of Budapest took a bold step: several times a week, it entertained the audience with live broadcasts,

giving hope and faith not only to them but to all those working in circus arts as well. More than a hundred Hungarian circus artists performed in the show of four different themes named ‘Dynasties’ in the Capital Circus of Budapest. The premiere performances of the plays of ‘Dynasties’ of the Capital Circus of Budapest were held online” – they said.

They highlighted that the world started to pay attention to Hungary because the only functioning circus was there. The Budapest circus was in line with all epidemiological measures in force. At the same time, they could entertain the Hungarian audience, which provided work for their artists.

According to telex.hu, Pavel Valla Bertini, Europe’s number one unicycle performer, broke a record by riding 17 unicycles. First, the director of the Capital Circus of Budapest appeared on stage. Dr Beáta Borsós said that the new world record would mark the opening of the Budapest Circus Festival (11-17 January). He added that the original idea came from Péter Fekete, State Secretary for Culture. The former magician not only manages the sector as a member of the government but also creates performances in the circus.

Mr Fekete said that the world’s circus performers think about Hungary as a refuge.

That is because circuses closed everywhere due to the coronavirus epidemic. However, they remained open in Hungary.

After him, acrobat students came, followed by Pavel Valla Bertini. He performed tricks first on one unicycle, then sat on a 17-wheeled one. He was not only able to sit on the structure without falling but could also cycle around on it in the arena. 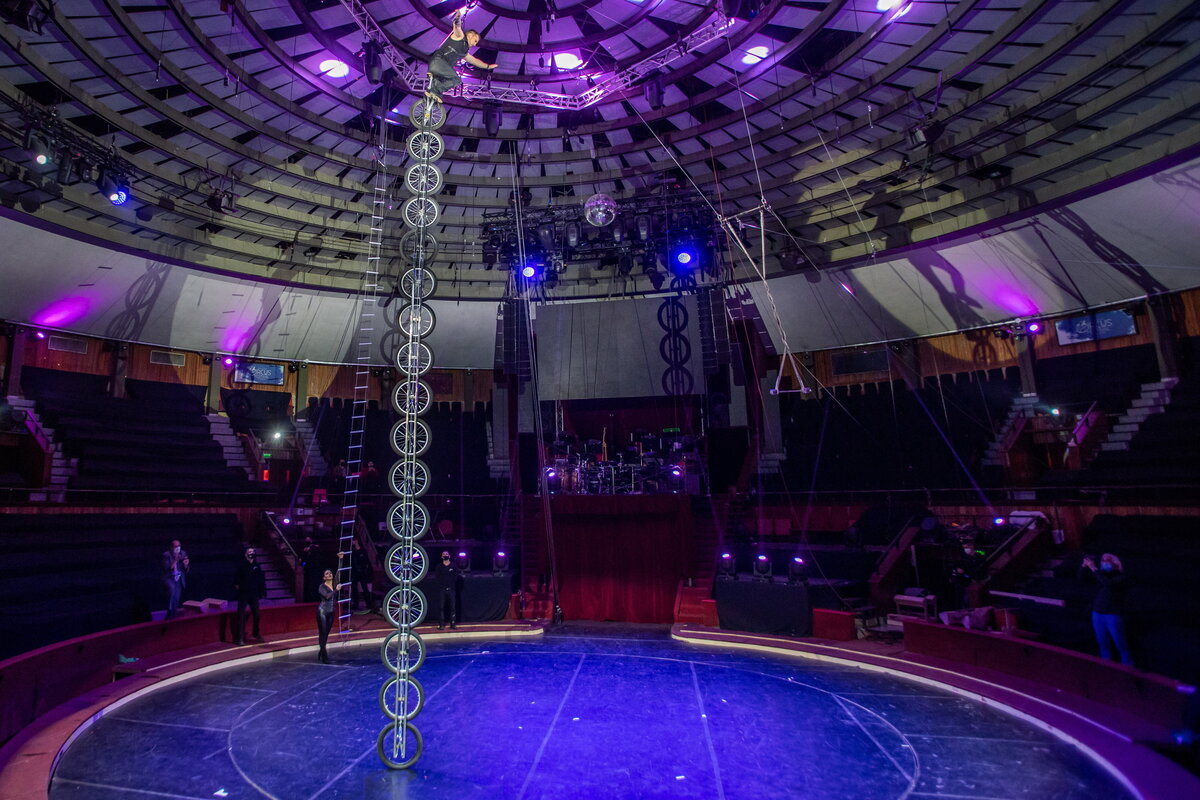 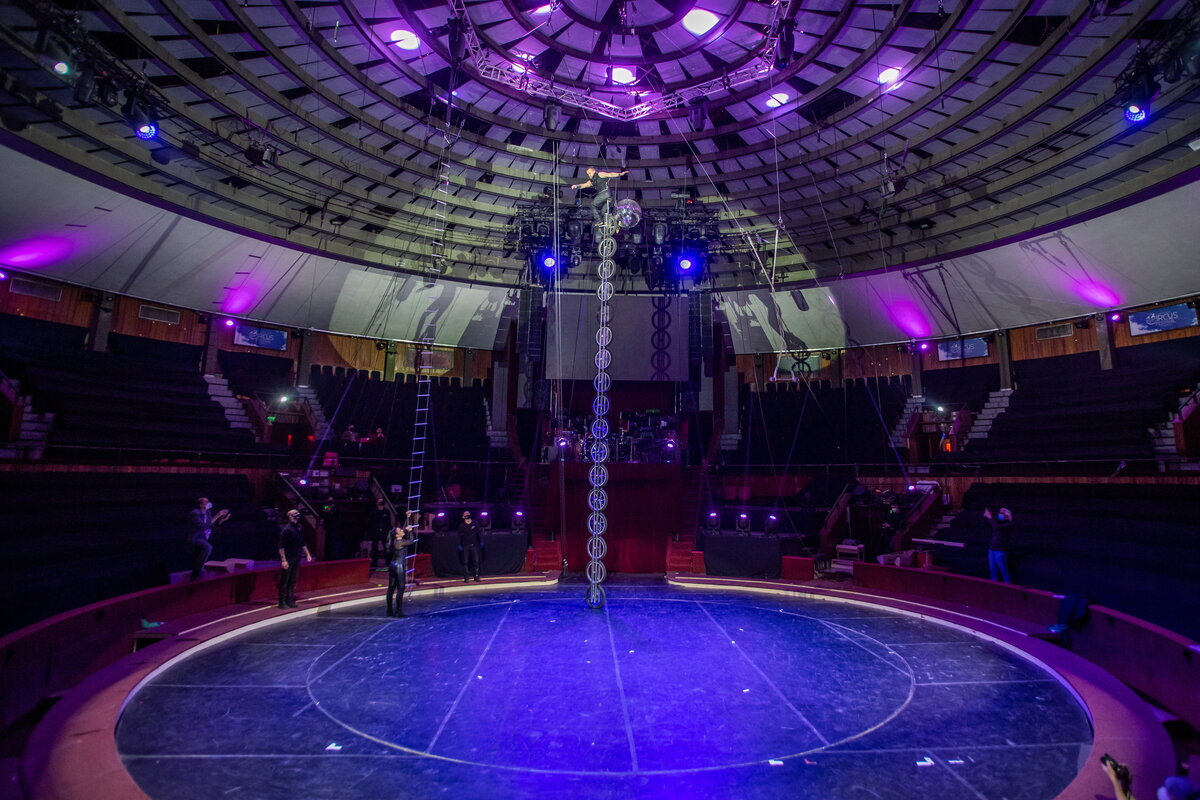 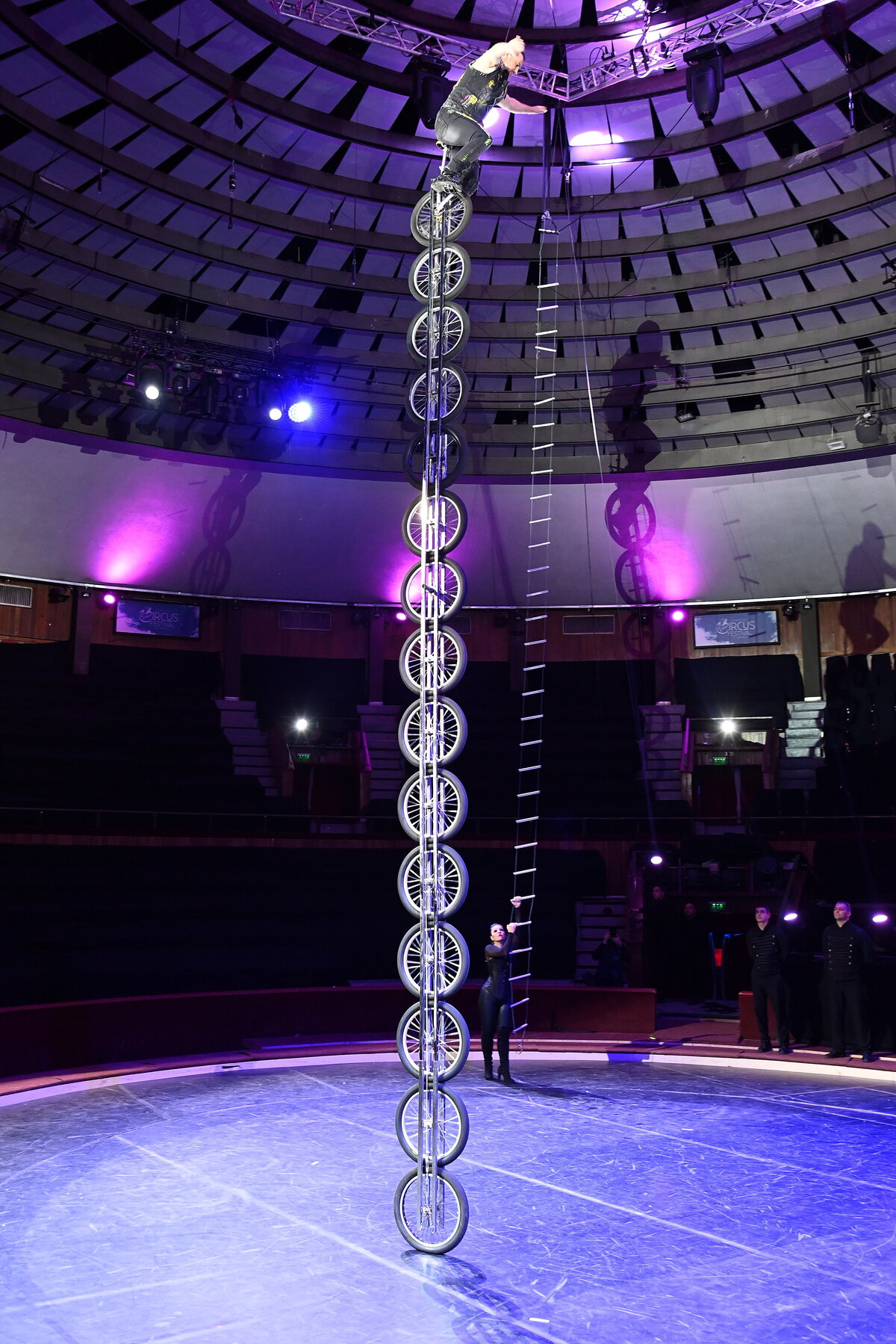 István Sebestény, a registrator of the Hungarian records, said that the record breaking was authentic. He added that they would measure the exact distance Mr Bertini did on the 17-wheeled unicycle.

Here is a video about Pavel Valla Bertini’s performance in the Capital Circus of Budapest:

Interested in the Budapest Circus Festival? HERE and HERE you can find more info and can buy your tickets. 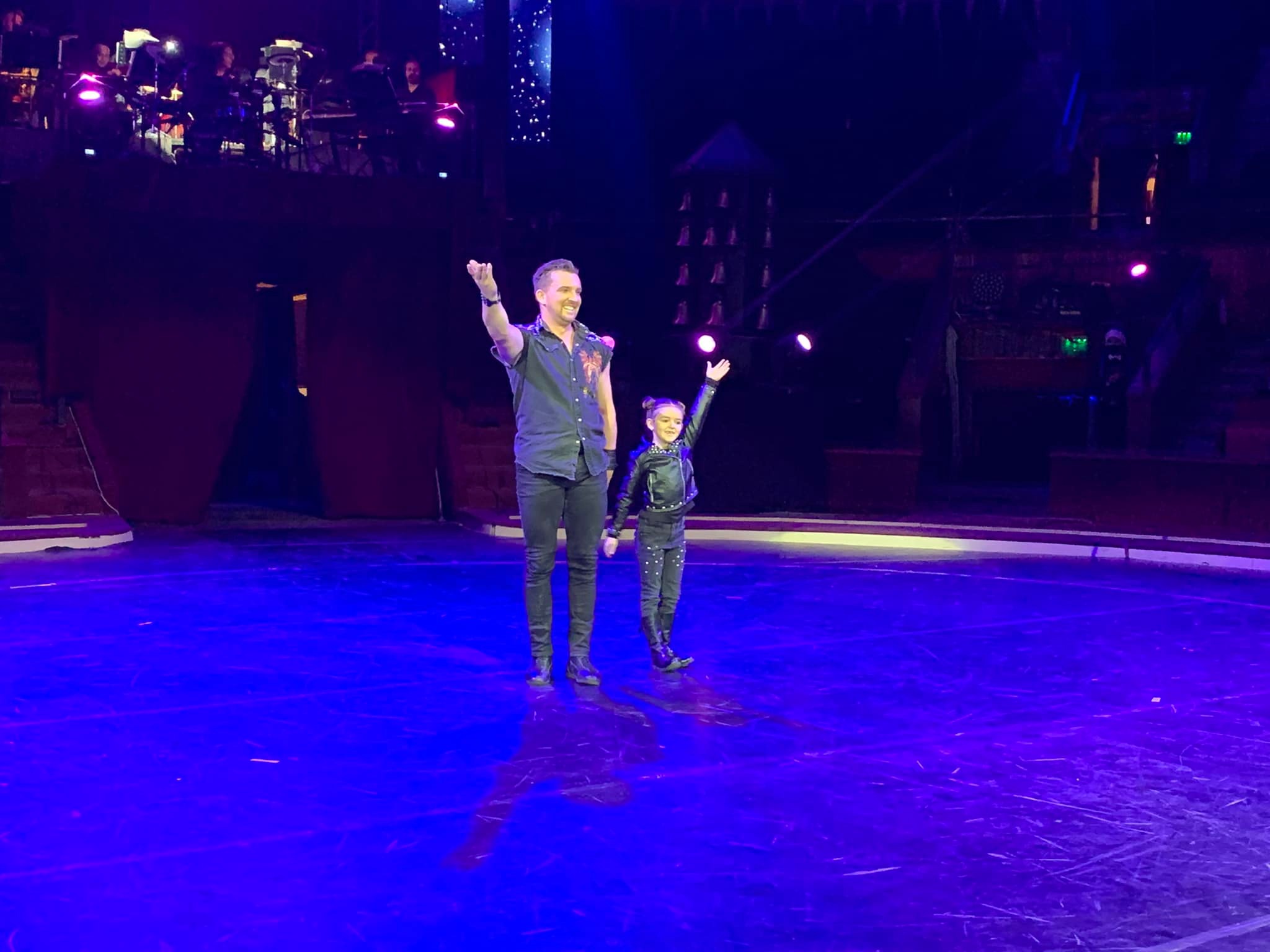 Pavel Valla Bertini together with his 4-year-old daughter performing in Budapest. https://www.facebook.com/budapestcircusfestival 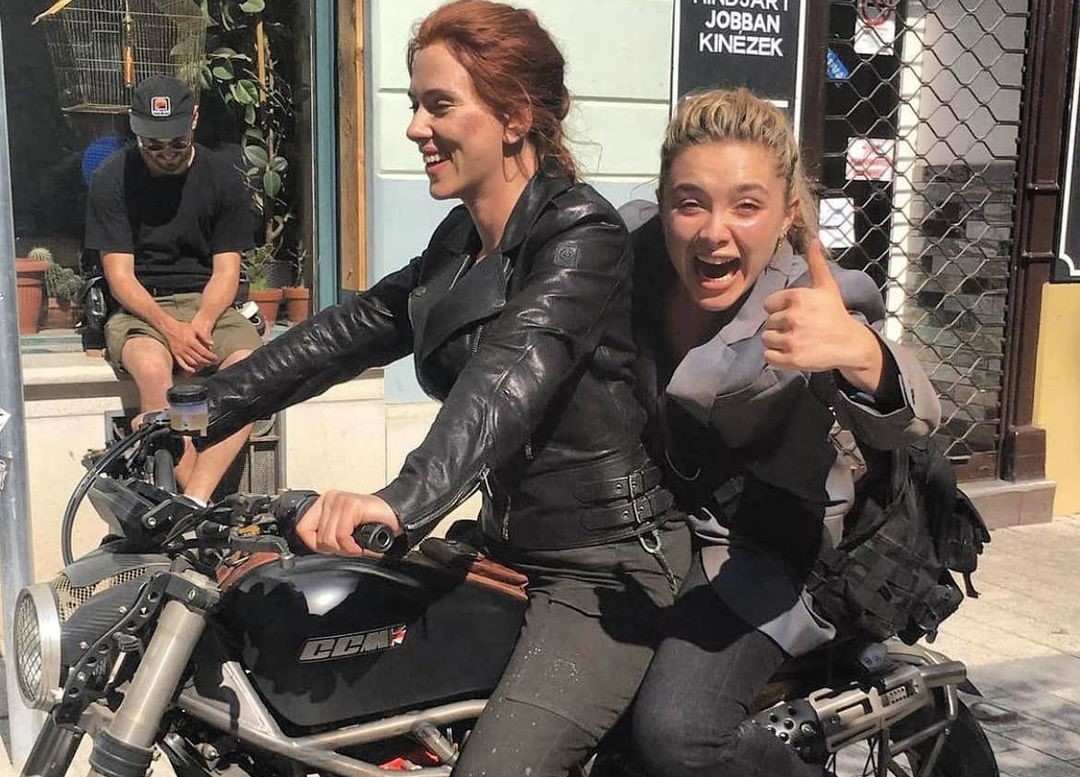