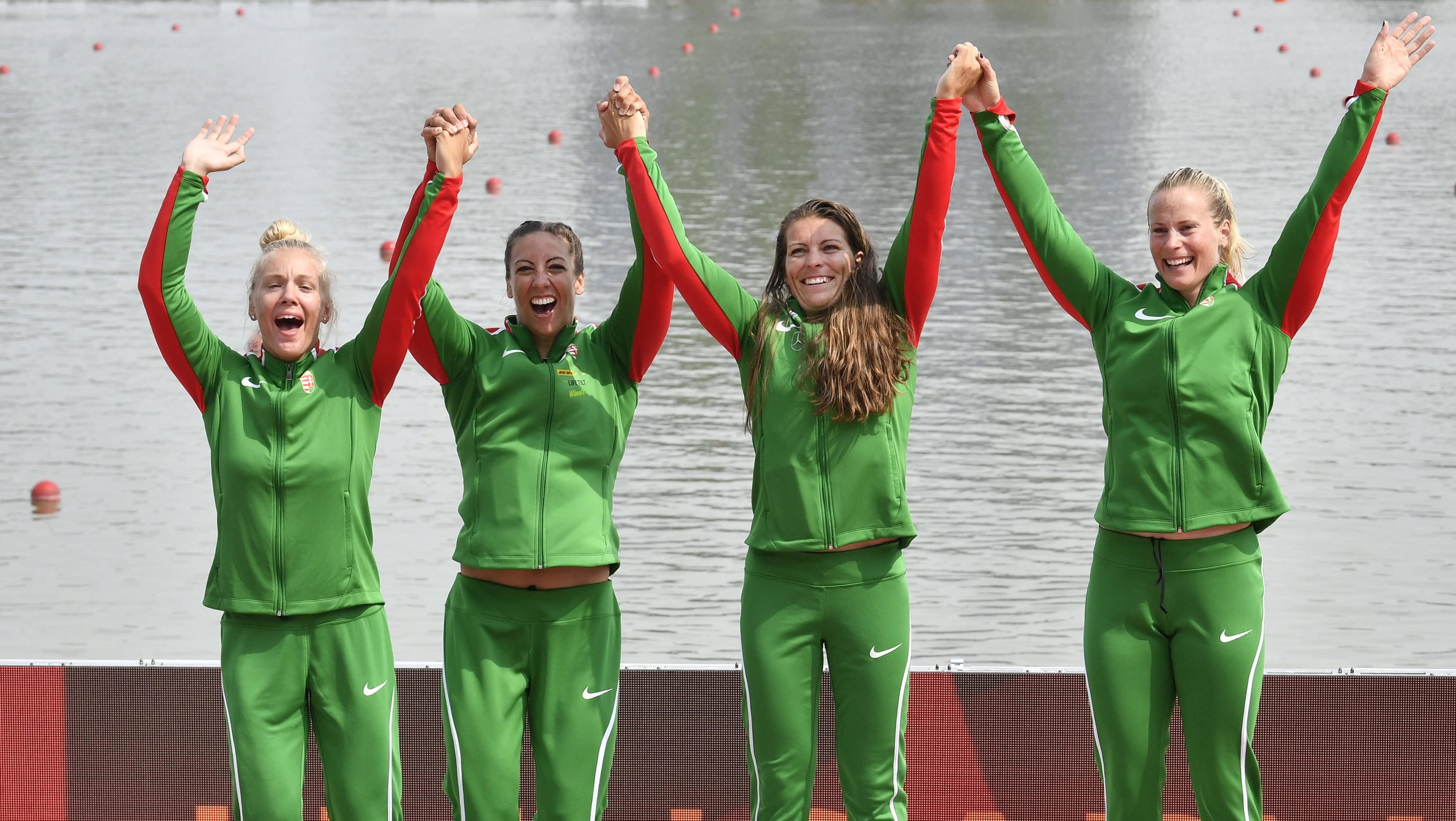 The team could celebrate even on the final day important victories. Thanks to them, Hungary finished 2019 ICF Canoe Sprint and Paracanoe World Championships with six gold, four silver, and three bronze medals with which the country it guarded its position among the sport’s world leaders.

The tournament was organised in Szeged, Southern-Hungary during the last week where a total of some 1,100 contestants came from 101 countries to compete against each other and claim Olympic quotas for the 2020 Summer Olympics in Tokyo – femina.hu reported.

In Women’s K-4 500m, the Hungarian team has been beaten only once since 2009. In Szeged, the team consisting of Dóra Bodonyi, Erika Medveczky, Tamara Csipes, and Alida Dóra Gazsó had the chance to stand up on the highest level of the podium again (they are on our featured image). In the Olympic classes, Bálint Kopasz was the biggest surprise when he became first in Men K–1 (Kayak) 1000m.

Altogether, the Hungarian team won 12 Olympic quotas in Szeged which is very important less than one year before the kick-off to the Olympic Games.

There were dramatic events, as well, for example, when Anna Kárász and Danuta Kozák were disqualified from the Women K-2 500m because their boat was lighter than the rules allow probably because of the error of the background staff costing perhaps a gold medal for the team and the country.

Altogether, Hungary finished the tournament in the third-place behind Belarus and Germany on the overall sprint medal table. Furthermore, the Hungarian team acquired 5 out of the 6 Olympic quotas in women kayak-canoe.