Hungary’s squad qualifies for EURO 2020! – Check out the goals!

Late goals from Loic Nego and Dominik Szoboszlai turned around an early deficit against Iceland in the Puskás Aréna tonight and ensured Hungary qualify for their second successive UEFA European Championship next summer.

Gylfi Sigurdsson’s 11th-minute free-kick had put the visitors ahead and although Hungary dominated possession almost from thereon, it looked as if Iceland would snatch victory, but substitute Nego latched on to a deflection and coolly equalised before Szoboszlai scored one of the greatest goals of his burgeoning career so far with a superb individual effort in added time.

Hungary head coach Marco Rossi, absent from the match due to a positive COVID test earlier in the day, opted for a three-man defence in front of goalkeeper Péter Gulácsi in Attila Szalai, Willi Orbán and Endre Botka, that trio lining up behind a five-man midfield of Filip Holender on the left, Zsolt Kalmár, Ádám Nagy and Dominik Szoboszlai in the centre and Attila Fiola patrolling the right side. As expected, Ádám Szalai and Roland Sallai led the forward line.

It was a fast start with the adrenalin clearly flowing in both teams, several wince-inducing challenges appearing to set a frenetic first-half tone.

The first goalscoring chance wasn’t long in coming either, visiting defender Victor Pálsson rising highest to meet a Sigurdsson left-wing corner but he could only connect with the top of his head and Gulácsi was perfectly placed to gather the Icelandic right-back’s downward effort in the centre of the six-yard box.

Sigurdsson, booked in only the fourth minute for a late challenge on Szoboszlai, was given another chance to display his set-piece prowess in the 11th minute when Holender was adjudged to have fouled Johan Gudmundsson in the right channel just outside the Hungary penalty area, and the Everton FC playmaker’s curling, right-footed free-kick was powerful enough to force its way through Gulácsi’s grasp just under the crossbar and into the centre of the goal to hand the visitors an early lead.

Other than the goal, there was little to separate the teams and if anything Hungary began to look the better side. Central defender Willie Orbán has proved dangerous in the opposition penalty area on many occasions in the past and he showcased his undoubted heading ability twice within a minute midway through the first period, first seeing his powerful effort from Sallai’s deep free-kick cleared over the bar and then, from Szoboszlai’s resulting corner, heading straight at Iceland goalkeeper Hannes Halldórsson from barely ten metres out.

Iceland were not sitting on their slender lead just yet either, forward Alfred Finnbogason heading a right-wing cross at goal but his tame effort was easily collected by Gulácsi falling to his right. Still, it was the hosts who looked slightly the more dangerous, Szoboszlai going close with a whipped free-kick before Johann Gudmundsson broke clear, only for his attempted curler towards the far left of the goal to be too close to the waiting Gulácsi. Szoboszlai’s deflected free-kick from long range forced a full-length save from Iceland goalkeeper Hannes Halldórsson in the 44th minute and the half ended with Sigurdsson drawing a smart, low save from Gulácsi near his right post.

There’d been plenty of intent from Hungary in the first half and that continued after the break when Attila Szalai’s rasping, first-time drive from Sallai’s sweet back-heel was deflected agonisingly over the Iceland crossbar. The away team dropped further and further back into defence and managed to frustrate Hungary’s forwards despite ceding huge amounts of possession. Furthermore, substitute Albert Gudmundsson nearly sealed Hungary’s fate on the break, but contrived to miss an open goal when attepting to convert a low, right-wing cross.

Just when it seemed as if all was lost, the pressure finally told, substitute Nego sneaking in near the far, right post and capitalising on the opposing defence’s failure to clear the ball by slipping the ball into the bottom-left corner of Iceland’s net in the 88th minute.

Even better was to follow in added time when Szoboszlai finally delivered in style what he’d been threatening all game, the RB Salzburg playmaker collecting the ball out wide near the halfway line, cutting inside towards goal and firing an unstoppable low drive into the net off the far right post to seal a dramatic and ultimately deserved victory for his Hungary side, one which sees them take their place at next summer’s European Championship which will be hosted in part in Budapest. 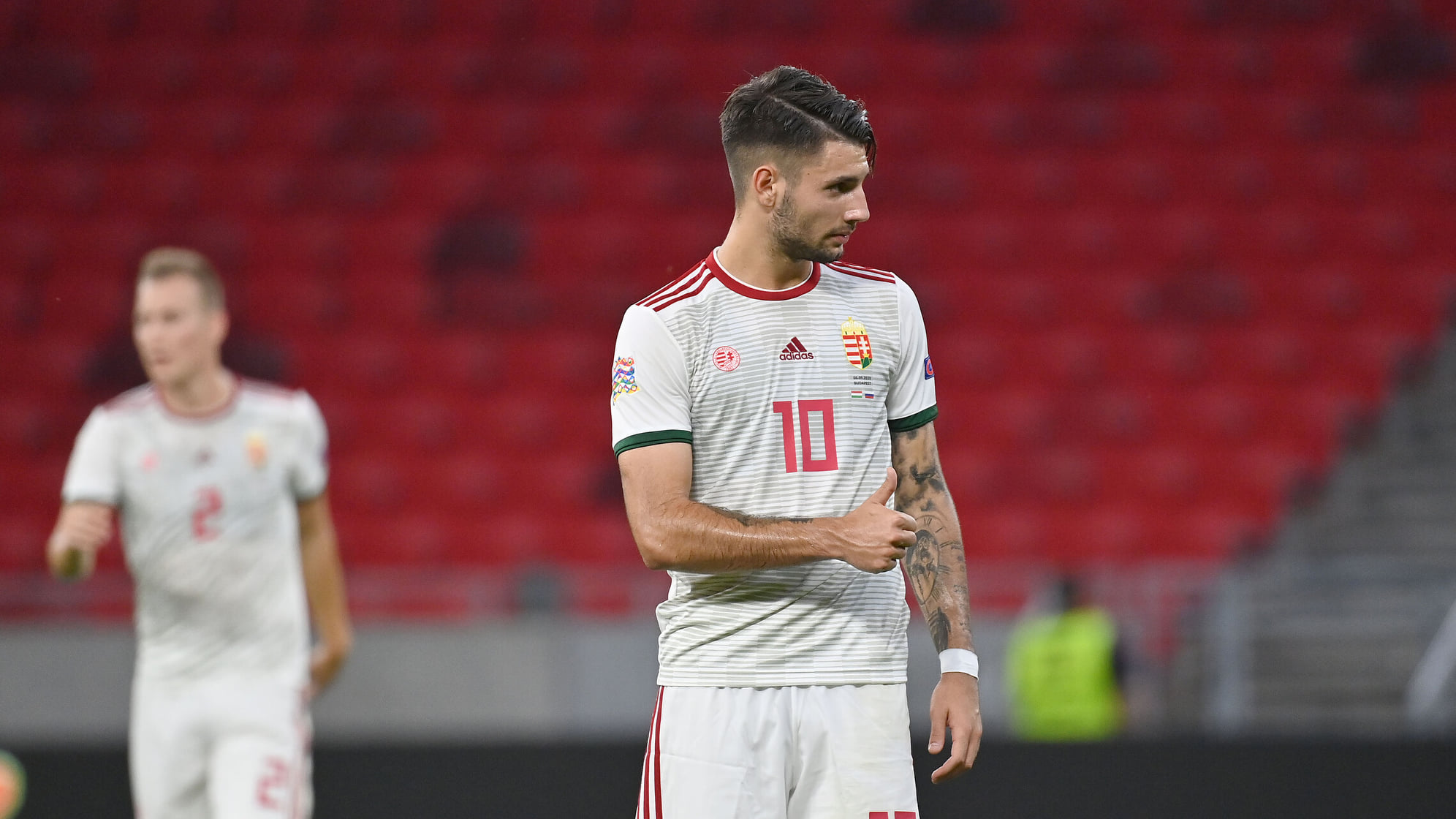 Read alsoSzoboszlai: We want to leave the pitch as winners – EURO 2020 play-off final