The national team beat Japan in the last match of the tournament to 5-4. The result meant the 5th place in the group, reports nso.hu.

The match started quite suddenly for the Hungarian side as Japan has got the lead in the 3rd minute. The game did not change much afterwards, Márton Vas was sent off, the team was busy with defending. This task was difficult,as the Asian players moved and played fast and well. Hungary’s form improved for the last minutes of the first period, Sofron scored a nice goal. Afterwards a Japanese player was sent off, and soon the period ended.

Japan started the next part one man down, which advantage was used by the Hungarians in 49 seconds, 2-1 to Hungary. The opponent tried to dominate the game; however, they had many errors. Nevertheless, they equalized a few minutes later: Nisivaki Misahoto scored from a counter attack. Kuji Suhei long shot meant that Japan took the lead again, but in the 39th minute Sofron finished an action from close range. This was the last goal in the second period, the result was 3-3. 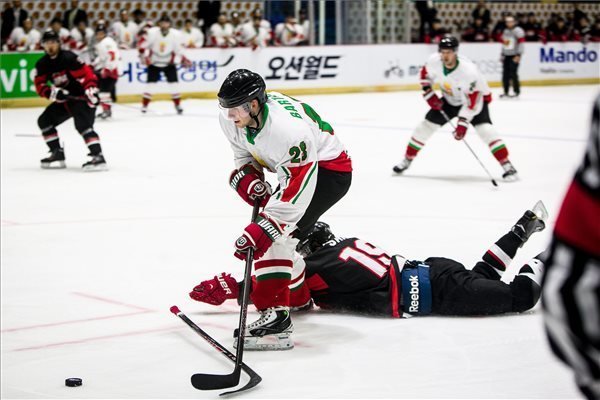 Hungary dominated the beginning of the third period and had an enormous number of shots; however, Fukufuji saved every one of those. He injured soon after and was substituted. Japan then attack ferociously and was awarded a penalty shot, who was saved. In 55th minute the Japan dominance finally resulted in a goal, Uneo Hiroki scored Japan’s last leasing goal. The Asian side continued the hard pressing, but was not able to finishe the actions. At thee d of the period, Márton Vas’s long shots slipped through everyone, Hungary equalized. As no. Ore goals was scored, the match was decided in overtime.

The Japansese players was tired at that point, the Hungarians could stop them easily. The overtime passed without anything special, there were barely any shots from either side, the penalty shoutout was decisive. Japan started with a goal, Hári missed the Hunagrian shot, while Hetényi saved the second Japanese penalty, Vas scored his: 1-1 after four shots. The next two shots were missed. Both team score the fourth pair. Vas finsihed the fifth penalty, unlike the Japanese player, Hungary won the match to 5-4.