Inside look at the HFL, Hungary’s American Football League

Americans heading to Europe already know that football means something very different beyond the US borders. In most places around the world, football is played with feet rather than hands.

NFL fans bound for Europe are in luck, though. There are healthy, steadily-growing leagues of American football popular in countries like Hungary, Poland, Austria, Finland, Germany—the list goes on.

Hungary is currently building its own American football league, known as the Hungarian Football League or HFL.

The idea was first brought over in the 90s by a handful of passionate Hungarian fans who couldn’t forget their experience in American football stadiums. Since then, groups of passionate players, fans, and sports professionals have slowly built a strong league.

Unlike the HFL, the American League has only one tier: the NFL itself. Those looking to wager on NFL betting odds can choose from 32 squads across the country to cheer on every Sunday versus the HFL’s six teams.

The Budapest Wolves, the star team in the Hungarian league, is comparable to the Kansas City Chiefs. Much like the Chiefs, the Wolves have up-and-coming talent with a deep roster—though they haven’t won a Championship Bowl since 2018.

The Hungarian Football League is overseen by the Hungarian Federation of American Football. Originally started in 2005 with only four teams, the league took a few years to establish itself and find a functional format.

In 2012, the HFL restricted seasonal play and the championship series format.

The Hungarian Bowl was re-established that same year after lagging in popularity and competition was expanded from the four original squads.

While the Budapest Wolves have the most Hungarian Bowl wins, they’ve now got competition with the Budapest Cowbells, who have taken two best-record titles (2017 and 2018). Most excitingly, the league has expanded to include other international clubs. In the US, the international play doesn’t occur given Canada has its own Canadian Football League (CFL).

The Bratislava Monarchs from Slovakia have been playing as a squad since 1995, but only recently joined the HFL. The Monarchs aren’t the only team working to establish themselves as a top talent in the HFL. Recent additions from Ukraine, the Kyiv Capitals, were runners-up for the champion title in 2019 despite being a newly-formed franchise.

In addition to international clubs differentiating the HFL from the NFL, the Hungarian league also produces two Bowl Championship games for its second and third tiers of competition. These include the Pannon Bowl and Duna Bowl for the second and third leagues respectively.

As interest in American football expands from niche or cult followings, more and more national teams are competing for glory on the American gridiron in Europe. In 2016, the Hungarian squad made a name for themselves despite being the underdog against (super-sized) competition like the Swedish and Danish national teams.

Though such international games only attract a few thousand fans versus a La Liga or Premier League football match, games and leagues becoming more popular for younger audiences. Each year, the European Federation of American Football hosts the Eurobowl.

24 nations across Europe come together, from the Fighting Turtles of Corbais to the Nice Dauphins to the Geneva Seahawks, to battle it out for the right to be Europe’s top American Football Talent.

While the Eurobowl isn’t a viable competition anymore, there’s still the European Championship of American Football, which pits national teams against one another.

To date, Hungary hasn’t competed against top talents like Finland, Great Britain, Germany, and Denmark. Though they’ve yet to compete, teams from the HFL have their own popular tournaments.

Fans would surely love to see an HFL franchise compete in an international setting, but the league still needs to improve its level of play.

As the HFL expands and includes a wider pool of talented players, local athletes have the opportunity to develop their skills, attract fans, and, ultimately, get Hungary onto the gridiron in a national faceoff. We only have to wait to see how the situation develops, but one thing is for sure, HFL is here to stay. 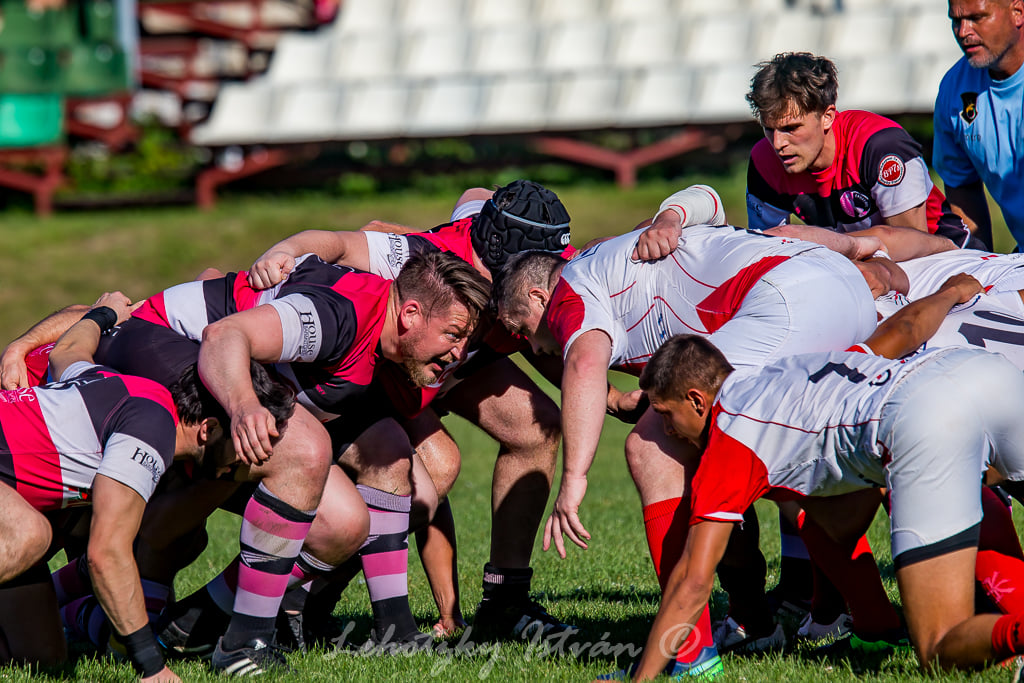