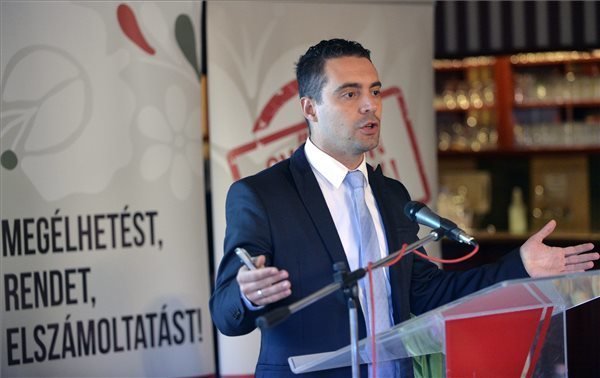 Budapest, April 1 (MTI) – The radical nationalist Jobbik party said it would start its first day in government, if elected, by implementing six measures, among them holding politicians of the past to account.

Gabor Vona, the party’s leader, told a press conference on Tuesday that Jobbik would eliminate lawmakers’ immunity rights, double fines for lawmakers who commit a crime, making the names of communist-era informants and other secret files public, make it compulsory for lawmakers to declare their citizenship and make wealth declarations for lawmakers and their family members compulsory.

Vona said he was optimistic about the outcome of Sunday’s election, as they had already put the left behind and now there is still time to close the gap with Fidesz.