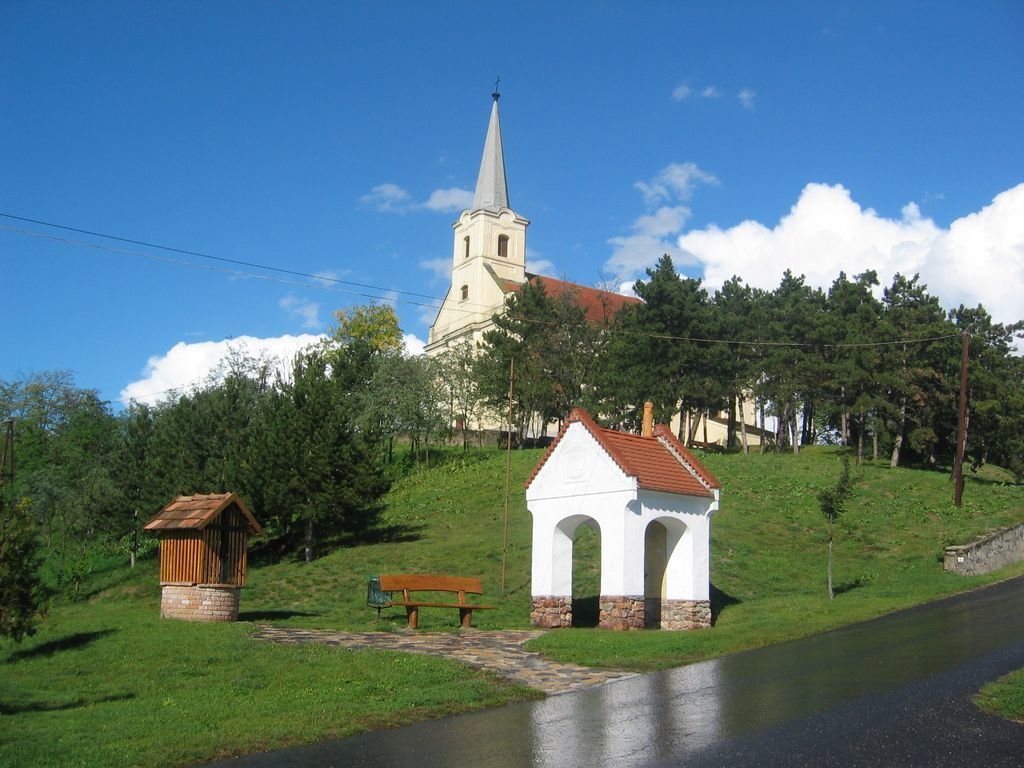 Surrounded by the low but beautiful scenic mountains of the Balaton-Highland, Szentbékkálla is a picturesque village in Káli-basin, Hungary. The entire population of the village consists of two hundred residents although visitors seeking a peaceful rest or scenic mountain-walks swell this number from time to time.

It is in this village that a series of chamber music concerts – by now in their sixth weekly concerts from the end of June to the end of August – produce the almost unbelievable: high quality classical music in high quality performances for all. Although organised and delivered impeccably by professionals, the downside of music business is nowhere to be seen. The administrator of one of Hungary’s premier orchestra supports the series in all manner, including his financial contribution. He organised the first concert in 2001 and followed it by other concerts each year in irregular intervals. Then the church organ was restored in 2007 and from that time annual three-day festivals as well as weekly summer concerts followed.

The performers are well treated and looked after but fees do not feature in the arrangement.
Entrance for the villagers is free and visitors pay the very small amount of 700 forint (2 GBP) which is about half of what the cheapest tickets elsewhere in Hungary cost. The villagers – who are mostly untrained in classical music and include inn keepers, wine growers, manual (agricultural) workers as well as intellectuals – attend as a matter of course and many bring along their children of various ages (although not babes in arms). The venue, the village’s church on a hill, accommodates 160 (maximum 180) people; it is filled comfortably on each occasion. The disciplined and respectful focus on the music by all in the mixed audience is remarkable and heart-warming.

Concerts take place every Saturday evening during the summer months. The concert on 24th August was given by three members of the Kodály Quartet (who also double as principal players of some of Hungary’s premier orchestras) and the principal flute player of the Nemzeti Filharmónikusok (Hungarian National Philharmonic orchestra). The programme consisted of Beethoven’s D major Serenade Op. 8 for string trio, Mozart’s C major flute quartet KV285b and Dohnányi’s Serenade for string trio, C major, op. 10. Géza Kovács introduced the concert as well as each number with care and flair, creating a relaxed but also attentive ambience.

The six-movement Beethoven Serenade – with identical thematical material in the opening and closing Marcia Allegro – is an established part of the ensemble’s repertoire, but cellist György Éder still astonished with his secure rendering of the cello solo (variation 4) in the penultimate movement. Beethoven here allocates the opening theme to the cellist: it is the same material and same register as allocated to the violin at the beginning of the movement, hence requiring virtuoso thumb position playing from the cellist. The performance of Mozart’s Flute quartet was astonishing on account of Imre Kovács playing the flute as if singing without the interference of any instrument. On the other hand, he and his flute seemed and sounded as if they were inseparable. Kovács and violinist Attila Falvay had perfect rapport with each other; this may be partly explained by their positions in the Hungarian National Philharmonic: Falvay is the leader of the orchestra while Kovács plays principal flute. Dohnanyi’s Serenade, a pleasing work to listen to, requires controlled virtuosity as well musicality from the players; qualities which violinist Falvay, viola player János Fejérvári and cellist Éder have in abundance.

The small village of Szentbékálla is distinguished by its natural beauty and peaceful atmosphere. But now it seems also to stand for quality music-making without the negatives of show business. May it so continue for a long time to come.