Nandor Fa Returns To Sailing With A New Ship 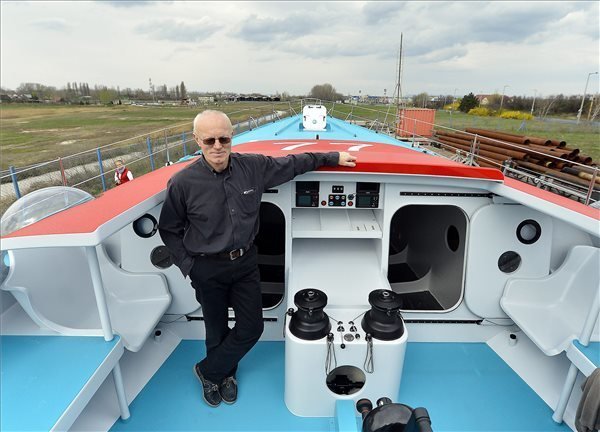 The famous Hungarian sailor plans to complete the Vendée Globe sailing race in 2016-17 with his new boat called Spirit of Hungary.

Fa announced it in 2012 that he is to return to ocean sailing after 15 years. He already sailed around the world three times,he finished the 1992-93 Vendée Globe 5ht placed, which was the best result from a not-French sailor. In 2016-17, he wants to racein the toughest sailing competition again: the Vendée Globe is a round-the-world single handed yacht race, sailed non-stop and without assistance.

The new ship with which he will sail was built in Dénes Paulovits’s factory, although it was finished in Fa’s workshop.It required about 16,000 hours to complete the ship. The Spirit of Hungary was presented to the public in Székesfehérvár.

The ship was constructed with great care. It should suit the 100 page requirements of IMOCA. A committee checked that the ship do fulfil the requirements. Additionally, the Spirit of Hungary will be tested after commissioning. In one of those tests, the ship will be rolled over and the sailor should be able to put it back to its original position. Later the ship will be transported to the Adrian Sea, where the rest of the work will be done.

Obviously Fa will not start with the Vendée Globe. The first race he will participate in will be the New York-Barcelona duo competition. His partner will be the former Olympics participant Marcell Goszleth. The race will start on the 1st of June. After this he will compete in the Barcelona World Race in December, which is a duo, non-stop round-the-world competition. There are some other minor races to collect points.

based on the articles of origo.hu, 444.hu
by Oliver Tamasi