Budapest, January 27 (MTI) – Forty outstanding works of the Russian avant-garde of the 1910s and 1920s will be shown from the collection of the Ekaterinburg Museum of Fine Arts in Budapest’s National Gallery from Friday.

This will be the first exhibition abroad featuring nearly all of the Russian avant-garde works from the museum’s collection, by such notable Russian artists as Kazimir Malevich, Wassily Kandinsky, Aleksandr Rodchenko, El Lissitzky, Natalia Goncharova and Mikhail Larionov.

The Russian avant-garde is among the most interesting periods in the history of art because it started out as a revolution not only in art but also in social terms, National Gallery’s director Laszlo Baan told the press on Wednesday. For a few years, it seemed that artists enjoyed unprecedented freedom in their work but very soon avant-garde art got banned in Stalin’s Soviet Union, he added. 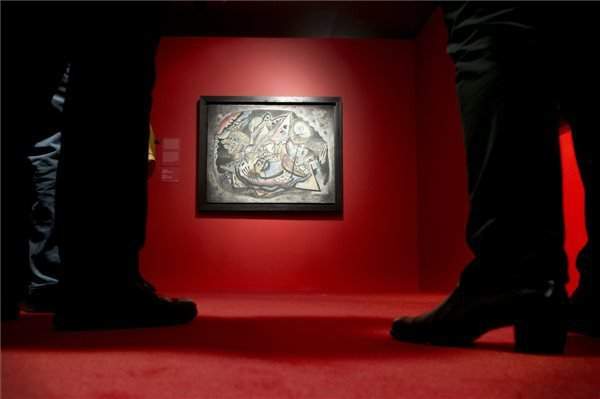 The history of the collection is also interesting, Baan said. During the time of the revolution, small collections were put together from works by contemporary artists and shown in art centres set up to educate the public. An important collection was sent to Yekaterinburg featuring all of the important artists of the time and stayed together ever since, he added.

Director Nikita Koritin of the Ekaterinburg Museum of Fine Arts said the museum is currently closed for a revamp project and this has made it possible to lend such a large number of works to Budapest. The collection will not travel anywhere else, it will return to Ekaterinburg once the revamp is completed, he added.

The exhibition dubbed A Revolution in Art – Russian Avant-Garde in the 1910s and 1920s will be on display until May 1.

The Hungarian government plans to keep the momentum of economic growth while…
The three Hungarian citizens who have flown home after staying on a Dutch cruise ship…
One of the flights of Ryanair was scheduled to take passengers to Gran Canari,…

The total value of public procurement tenders last year was 3,430 billion forints (EU…
We and our partners use technologies, such as cookies, and collect browsing data to give you the best online experience and to personalise the content and advertising shown to you. I accept
Privacy & Cookies Policy