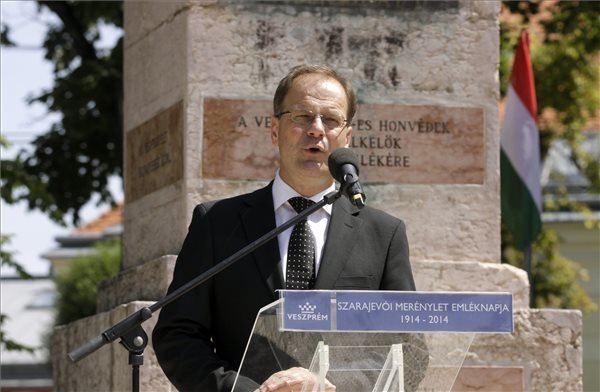 The aim is to resolve disputes instead of avoiding them, Navracsics told a press conference held jointly with Slovak counterpart Miroslav Lajcak during his first official visit to Bratislava as foreign minister. The work of respective parliamentary committees has had a huge impact on building trust and mutual understanding, he added.

Within the Visegrad Four group of the Czech Republic, Hungary, Poland and Slovakia, cooperation between Hungary and Slovakia is closest, he added. One aim of joint projects to make the Hungarian-Slovak border as permeable as possible. In terms of energy security, the goal is to quickly create a north-south energy corridor, he added.

Lajcak highly praised Hungary’s presidency of the V4 which it handed over to Slovakia not long ago.

He added that the two sides had agreed to continue nurturing relations by focusing on the needs of residents. Whereas positions differ on several issues, these can be discussed in a friendly way in line with European norms, he said.

The ministers handed out “good neighbour” awards to several recipients.

Later Navracsics is scheduled to meet Slovak Prime Minister Robert Fico and President Andrej Kiska, to be followed by a visit to the Party of the Hungarian Community headquarters.