New Football Coach Rallies The Nation Behind The Hungarian Eleven 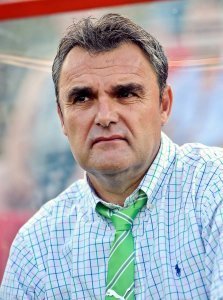 UEFA said, the 47-year-old manager hopes the country will get behind him, with the Magyars targeting their first UEFA European Championship finals since 1972. “I think we have Hungarian footballers who can help us achieve our dreams,” he said.

“Everyone starts with a clean slate with me because Hungarian football needs every player behind us.”

“I will not be successful alone,” he said. “Everyone has to play a part in making this team a success, and the press, the clubs – everyone – has to think positively, because this is the only way we can be successful.”

According to uefa.com, club coaches have been asked to recommend up-and-coming talents for international call-ups, and Pintér said: “I think several uncapped players can be expected to feature in the first squad.” Hungary will stage an international get-together in Turkey in early February to give potential players another chance to train together with the new coach, having already assembled players for some training sessions earlier this month.