Orban said foreign policy would focus on economic ties and ethnic kin and the policy of opening to the east and raising Hungary’s economic weight in the Carpathian Basin would continue. He said efforts would be made to help the middle classes and a vast majority of Hungarians.

He said that with new endorsement at the general election, the country’s new constitution, or the building of a society based on respect for human dignity, were beyond debate, as were policies linking freedom and responsibility. He said a labour-based economy and the policy aimed at the nation’s re-unification could come into question, either. 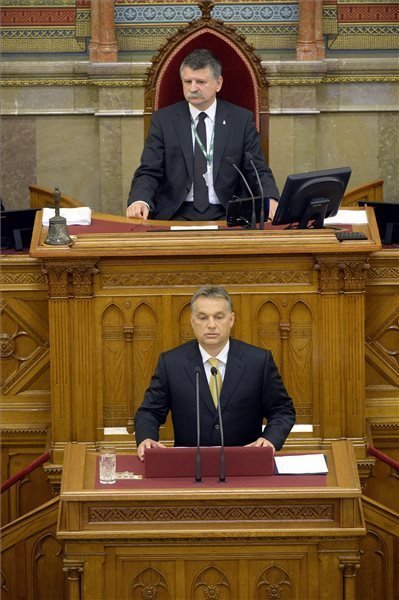 He thanked the votes of ethnic Hungarians “who supported the unification of the nation with an overwhelming majority”.

There would be discussions about the details, but the basic issues have been decided, the voters have closed the debate, Orban said. 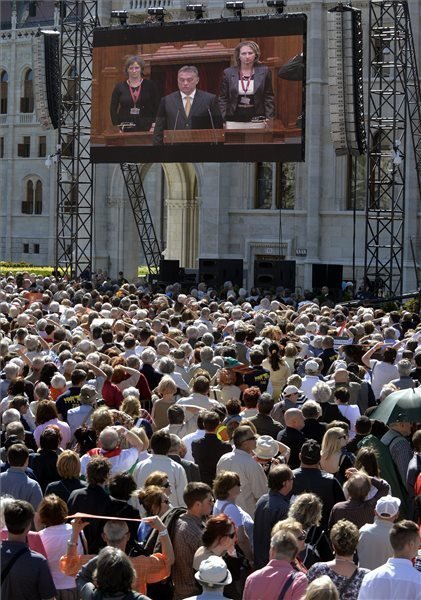 He said this choice had reinforced a “second regime change” carried out in 2010 which had set the objective that Hungary’s economy should be built on labour instead of speculative deals, that the ideal of mutual responsibility should be endorsed instead of liberal doctrines, that a fight should be for national independence instead of yielding to global forces and patriotism should be taught to children instead of internationalism.

“I am striving to set up a government that is able to create a just and competitive Hungary at the same time.”

Although the next government to be formed has a two-thirds majority in parliament, it will always “represent three-thirds, in other words all Hungarian people” Orban said.

He said his government would not support immigration policies, but would put in place policies to encourage familes to have more children and stop the demographic decline. He said he was also against the “relativisation of marriage and family”. Orban called for a swift solution to reducing energy prices in Europe.

Security, jobs, and a home will be achiveable in Hungary and everyone will be able to have access to quality education, he said.

Hungary’s new parliament re-elected Orban, the leader of the election-winning Fidesz party, as prime minister on Saturday with 130 votes in favour and 57 against.