The Budapest Zoo is constantly blessed with newcomers. A new generation of nyala antelopes has arrived in December, both are females, Nina and Amira have both given birth to one calf. In 2013 eight common agoutis were born altogether, and now on 14th January one more has arrived.

According to budapest.hu, the Savanna runway, as well as the stall next to it accommodates a group of three adult nyala antelopes. The almost three-year-old Nina has given birth to its calf on 2nd December, and the two-year-old Amira on 29th December. The calves are perfectly healthy. The audience of the Zoo could already see the older one during Advent, and by now younger calf, born on 29th December, can also be seen.

The common agoutis, species of South American rodents, feel comfortable in the Budapest Zoo. The young agoutis, which were born in November, can always be seen in their living place, in the central hall of the Palm House. However, the recently born agouti, as all young calves, is reluctant to go out to open space, and it rather hides in the greenery. This behaviour is however not surprising in case of an animal, which in its homeland is a frequent prey to several predators, moreover, people living there are hunting for it as well.​ 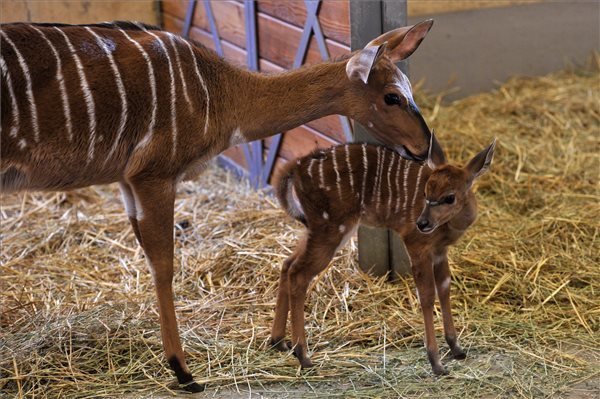