No lasting success in politics, says Orbán in Blikk interview

Budapest (MTI) – Hungary’s premier said in an interview published by tabloid Blikk on Wednesday that he had expected anti-government demonstrations in the half year after the general election.

Viktor Orbán noted that he belonged to the generation that had fought for free speech over 24 years ago and so he considered the fact of these protests to be a personal success.

Responding to a question about the accumulation of wealth by several government politicians, Orbán said there is never a time to flaunt wealth but what has been portrayed by the press are not examples of this.

The ruling Fidesz party “is a big people’s party, and among us are all sorts of people – well-off, middle class, working class, farmers. This is a plebeian party, but I don’t want to exclude from the government those young people who come from well-off families. Flaunting is when someone is an exhibitionist. These people are not like that,” the prime minister said, adding that it would be hypocritical to behave in a way that is other than what is natural in order to gain popularity. 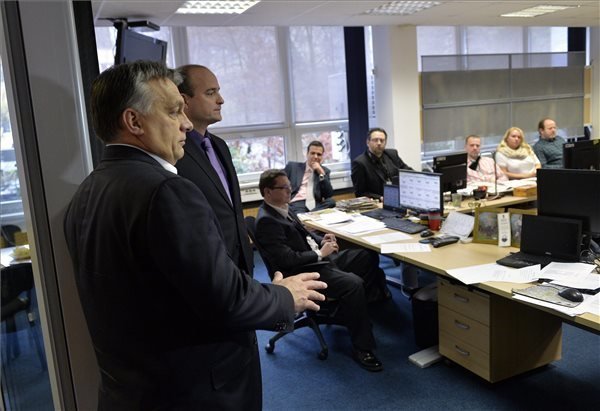 In response to the suggestion that the electorate will “punish” Fidesz, Orbán said that if this proves to be the case then it must be accepted. “I ask my fellow politicians to carry out their work honourably, to abide by the law and treat voting citizens with respect,” he said. “They should not do anything that voters find dishonourable,” he added.

The prime minister said the government had made two “grave decisions” in the recent period which had hurt the interests of certain business groups: the tax on advertisements and reform of land subsidies, which, he said, had limited the advantage enjoyed by companies with large estates.

“In this connection, businessmen, among them the gentleman mentioned [the paper places the name of Lajos Simicska in brackets], have expressed their dissent. In spite of this, the government has made these decisions. It is never right to mix up personal relations with the interests of the country. One must do what is in the interest of the country even if this hurts people close to us,” he said.

Asked if his friendship with Simicska, a businessman and former head of the tax office with alleged ties to Fidesz, could be saved Orbán said time would resolve things.

On the topic of fostered jobs, Orbán said the situation was not good but was improving.

Asked about the construction in the country of soccer stadiums, he denied that his own personal hobby played a role in this, adding that the existing stadiums could not be allowed to remain in the state they were in.

On the subject of the US entry ban of several Hungarian officials, Orban said that in respect of the response to the ban, the law had to be changed because the current law does not allow such an option. “We need these means, and afterwards whether we use them or not — we’ll see,” he said.