One of the world’s rarest cars in Budapest 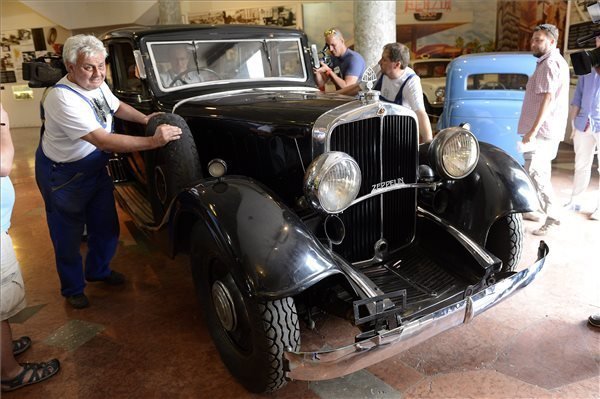 One of the world’s rarest cars arrived to the Transport Museum, Budapest, travelo.hu reports.

The Maybach Zeppelin, which was made in 1934, is seen from the beginning of the Night of Museums, 21st June. According to travelo.hu, the car is the property of the museum since decades, but they could not exhibit it for a long time, and later it was not in a proper condition to show it. According to rumors, Hitler presented the car to Governor Miklós Horthy, however, it has been refuted by researches. Others say the car was the property of Archduke Joseph or the Weiss family, and after the war the Maybach was used by Gábor Péter, head of ÁVH (the Hungarian secret police during the communist regime), but they have no proof.

Travelo.hu says, the vehicle has been restored in recent years and now it is presented on the occasion of the Night of Museums.

The car manufacturer Maybach introduced its first 12-cylinder engine, DS (Doppel Sechszylinder) type, with 150-horsepower and a 7-liter engine in 1929. The giant car weighs close to three tons, writes travelo.hu. The prices of the Zeppelins were around 36 thousand Reichsmarks, while cheaper types were 15 thousand, a “mid-range” BMW brand for 5000 was already available for purchase. Maybach produced 1800 vehicles during 20 years, but only a fraction of them was the 12-cylinder engine type. Nowadays, 152 Maybach cars are registered