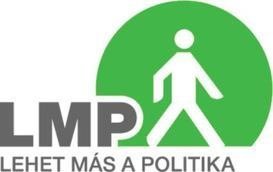 (MTI) – Green opposition party LMP said on Saturday that the landmark Parizsi Udvar building near the Danube, sold by the municipality of Budapest’s Fifth District last month, had been sold to a company with an offshore background.

LMP politician Krisztian Csonka said at the time of its establishment the company that bought the property had been owned by a Belize-registered offshore company, and this had been the case after the calling of the tender to sell Parizsi Udvar.

Csonka also said the purchase price of 2.1 billion forints (EUR 6.8m) was too low, arguing that compensation still had to be paid to companies, and moving out residents from the building had also incurred costs.

The municipality of the Fifth District in a statement on Saturday dismissed LMP’s allegations, saying the company that won the tender is a project company registered in Hungary. The district council said the Mellow Mood Group had acquired ownership of the building in an open international tender, and the group had being investing in Hungary for twenty years, operating several hotels in the centre of Budapest.