Tupa (Kistompa), February 9 (MTI) – The prime ministers of Slovakia and Hungary on Monday inaugurated a revamped section of the Friendship I crude oil pipeline running between Szazhalombatta, just south of Budapest, and Sahy (Ipolysag) at the Slovak Transpetrol pumping station located in Tupa (Kistompa) near the Slovakian-Hungarian border. 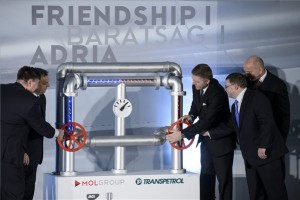 Both Robert Fico and Viktor Orban called the investment “extremely significant” since the security of crude oil supply would, they said, be boosted by a major degree.

As part of the 80 million dollar joint investment by the MOL group of Hungary and Transpetrol, the 128km section was replaced in just under a year. Capacity has been thus lifted from an annual 3.5 million tonnes to 6 million tonnes, enabling supply from the Adriatic via Hungary and Slovakia to the Czech Republic. 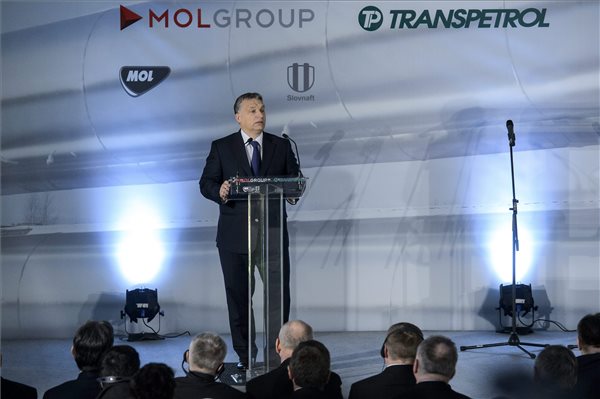 Orban said the investment was “extremely important” not only in terms of the energy security of Hungary and Slovakia but from the point of view of the whole region. In his speech, he added that “cheap energy” was also important. In the competition to obtain cheap energy, Europe is “stuck at the starting line”, and in order to preserve and nurture competitiveness a quick decision at the level of the EU will be necessary, Orban said.

Parliament on Tuesday approved a resolution to support a European initiative by the…
We and our partners use technologies, such as cookies, and collect browsing data to give you the best online experience and to personalise the content and advertising shown to you. I accept
Privacy & Cookies Policy