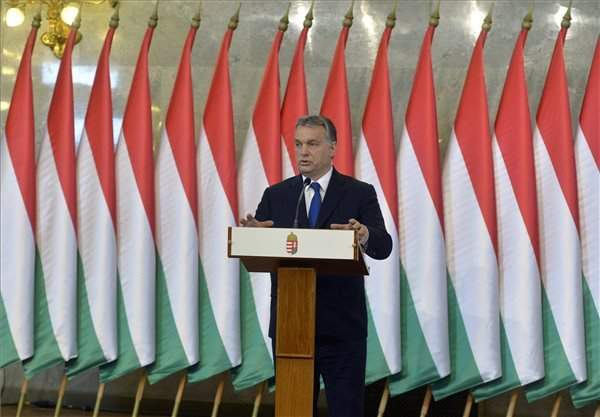 Citizens will be asked “Do you want to allow the European Union to mandate the resettlement of non-Hungarian citizens to Hungary without the approval of the National Assembly”, the prime minister said.

Orbán said his cabinet chief, Antal Rogán, has already submitted the question to the National Election Committee for approval.

The prime minister said the referendum question means that no one other than Hungary’s elected lawmakers can make decisions on migrant quotas.

Orbán said it is no secret that Hungary’s parliament opposes migrant quotas, meaning that citizens who vote “No” will stand up for Hungary’s independence and reject the migrant redistribution scheme. 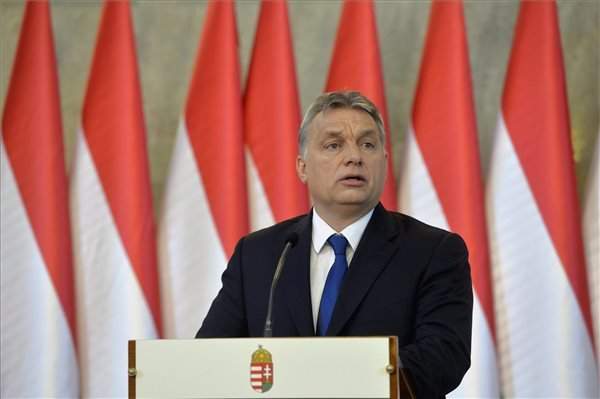 He said holding a referendum is a “European practice” which Hungary “recommends to other countries as well”.

Orbán said democracy is one of the main pillars of the EU, meaning that no decision that affects or changes people’s lives can be made without their approval.

He said the quota scheme would redraw Hungary and Europe’s ethnic, cultural and religious identity, which no EU body has the right to do. Orbán said the European people have yet to be asked about the quota system.

He said the government decided to call the referendum because it feels that implementing the scheme would be “an abuse of power”. The people need to be asked about the scheme just as they were about joining the EU, he said.

Socialist leader József Tóbiás said that once a referendum is held, voters should at the same time be asked about the privatisation of state-owned land as well as on the Sunday shopping ban. “The prime minister must bear in mind that issues of national importance are not exclusively the ones he sees as such,” Tóbiás said. He went on to say that the prime minister “should have the courage” to include in the referendum a question on the shopping ban.

Jobbik welcomed the referendum and voiced support for a negative answer to the referendum question. Jobbik deputy chair Dániel Z Kárpát urged voters to support the position that “foreign nationals should not be settled without Hungary’s invitation”.

The leftist Democratic Coalition (DK) said voters should be asked about the shopping ban, scrapping the national school manager, as well as health financing. The referendum on migrant quotas should include those questions, too, or else the vote should be boycotted, DK spokesman Zsolt Gréczy said.

The small Dialogue for Hungary (PM) party said a referendum could not be held on stipulations included in international agreements. PM spokesman Bence Tordai said that the referendum initiative was but a “pathetic” attempt by the prime minister to divert attention from an incident on Tuesday, when “bouncers close to Fidesz” prevented voters from expressing their opinion.

The Liberal Party (MLP) said the quota referendum was “not fair”. MLP’s István Szent-Iványi said that the quota did not involve “mandatory settlement”. He argued that relevant rules of the European Union would only require that the immigration proceedings should be administered in a given country, and under laws of that country.