Orbán introduces new ministers to lawmakers, declares ‘our place is in Europe’ 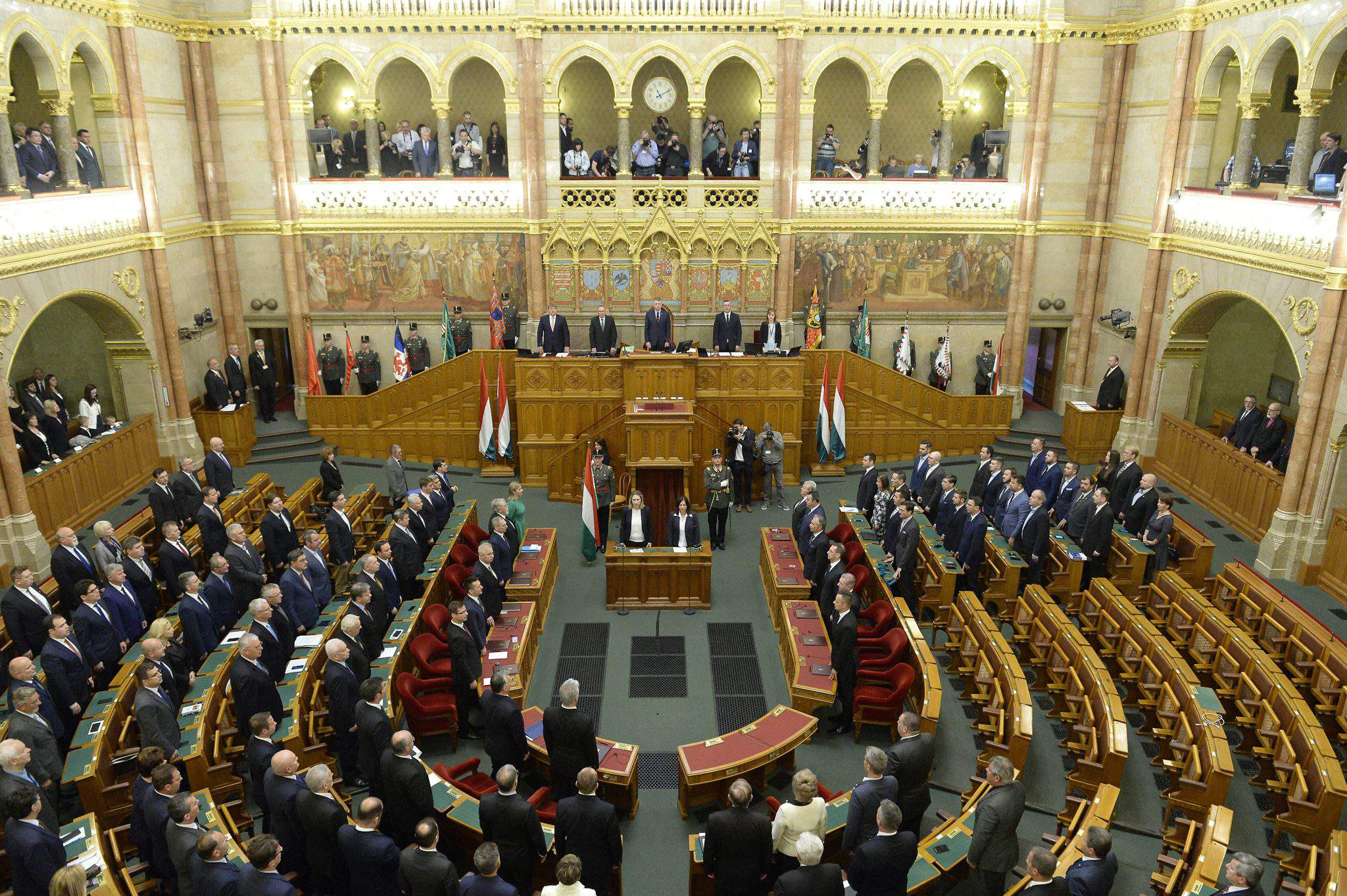 Prime Minister Viktor Orbán on Friday introduced his new cabinet to lawmakers in parliament, declaring in his speech that his government would serve the nation but it also recognised that Hungary’s place is in Europe.

“While we serve the nation, our place is in Europe,” he said, adding that European economy’s centre of gravity was “gradually shifting to the east”. He insisted that Hungary and the central European countries made up the fastest growing region within the European Union.

“Back in 1990, Europe was our future, but today we are Europe’s future,” the prime minister said after his ministers were sworn in.

Europe will continue to be threatened by mass migration “for many years to come”, Orbán said, calling for firm protection of the bloc’s borders and for security risks facing the continent to be calmly managed.

“New things have to be done.” After an “encouraging first eight years”, however, his government was “only halfway finished” with its work.

“We have drastic changes, serious battles and tough work behind us, but the world stands at the start of a new era that demands an even braver spirit of innovation and even more changes.” The composition of the new government was tailored to meet this challenge, he added.

He said the government was not focused on protecting doctrines but rather “ways of life that have sprung from the Christian doctrine”. “This is why we protect human dignity, family, communities of faith and the nation,” Orbán said.

He reaffirmed his approach to his prime ministerial tenure: he considered the period between 2010 and 2030 to be “a single era”, arguing that a country could only be governed with long-term plans in place.

Orbán said everyone he had asked to serve as a minister shared a passion for Hungary.

“They think the greatest thing in our lives is that we were born Hungarian,”

Throughout Hungary, many hundred people are willing to take the responsibility of leadership in this political community, and there are enough dedicated people to fill the posts of several governments, he said.

Orbán said there was a single yardstick: “a stronger and better performing Hungary”.

Introducing his ministers, Orbán said Interior Minister Sándor Pintér was responsible “for the safety of us all”. He thanked Pintér for having “restored the dignity of the police force”, which he said had been “relentless” in protecting Hungary’s borders. 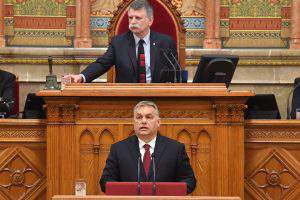 Of Tibor Benkő, the newly-appointed defence minister, Orbán noted that the minister was promoted from chief of staff of the armed forces. He said Benkő now faced the task of making sure Hungary’s armed forces catch up with the country’s neighbours. “It’s not too late, we can still catch up,” Orbán said, adding that he was convinced that Hungary’s military officers “still have a lot left in them”. Orbán said he had asked Benkő to bring those capacities to the surface.

The prime minister said Justice Minister László Trócsanyi would be responsible for protecting Hungary’s sovereignty in the area of law, especially EU law. The functioning of the constitution and justice system implemented at the beginning of the decade would also have to be evaluated, Orbán said.

Mihály Varga will be finance minister and deputy prime minister in charge of heading the national economic cabinet, Orbán said, adding that he had asked him to always remind the other members of the government “not to have too many irons in the fire”. Financial stability, a predictable budget, a low deficit and a shrinking public debt are what is expected from Varga, he said.

Péter Szijjártó as minister of foreign trade and foreign affairs had to endure some difficult and complex situations in recent years, he said. “There will be no shortage of those in the years ahead, either,” Orbán said.

For several years, Szijjártó “has represented continuity and an understanding of the environment of international relations,” he added.

Orbán introduced Gergely Gulyás as the head of the prime minister’s office who will be tasked with strategic planning. “He will have to oversee an entire country.” He said he expected Gulyas to coordinate the functioning of ministries and represent a culture of respect and cooperation. This ministry will serve as a “lightning rod” for the government, Orbán said. He also called on Gulyás to “bravely represent” the government’s arguments concerning Hungary at home and abroad.

The prime minister paid tribute to entrepreneurs who had created jobs, to the one-time jobless who now had jobs, to people on public workfare schemes, to young people who formed families, and the elderly who raised the active generation of today. The majority of the latter, he added, had “supported us in our political struggles”.

Orbán said it had been a long time since the constellation above the country had been so good as it was today.

“Now we have the chance to enter into new things.”