Orban: Welfare state thing of past 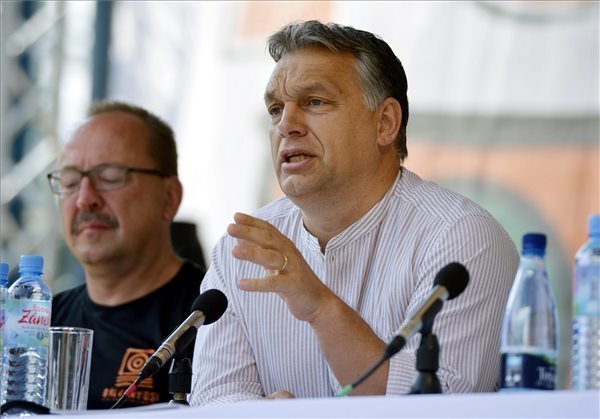 (MTI) – The welfare state system has exhausted its reserves and is doomed to failure, Prime Minister Viktor Orban said in his address to the 25th Balvanyos summer university in Baile Tusnad (Tusnadfurdo) in central Romania on Saturday.

In his address, Orban insisted that the welfare state, with its amassed debt, is no longer a sustainable model for Western European societies. The prime minister said it was an obligation for incumbent leaders to set directions for the next 20-30 years, and warned against a “provincial copying of the West” which would “kill us”.

Orban dismissed concerns raised over Hungary’s developing ties with Russia, and said it was “our greatest problem” that over two-thirds of Hungary’s exports were directed at EU markets. He suggested that the ratio should be reduced to 50 percent, and the other half of the country’s export goods sold in “other places of the world”.

He said that what was now happening in the relationship between Russian and the western world was very bad for Hungary. It “would be in our interest” for Russia not to lose pace with western social development, he added. 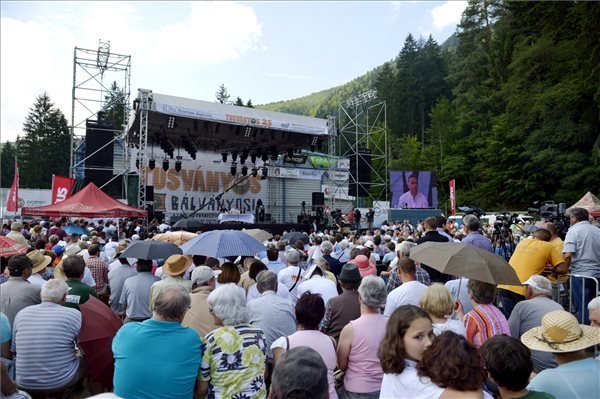 On another subject, Orban said he disagreed with the US diplomatic principle of promoting human rights in the world. “Rather than reciting human rights theses, we should encourage actual, practical, and relations-based cooperation,” he said.

Concerning the South Stream gas pipeline project, the prime minister voiced concern that Russia may soon stop its gas supplies to Ukraine, which would block supplies to Europe. Hungary is interested in ensuring a way to supply gas even in such emergency situations, Orban said, adding that “we must not give up our interests in a conflict like this”. 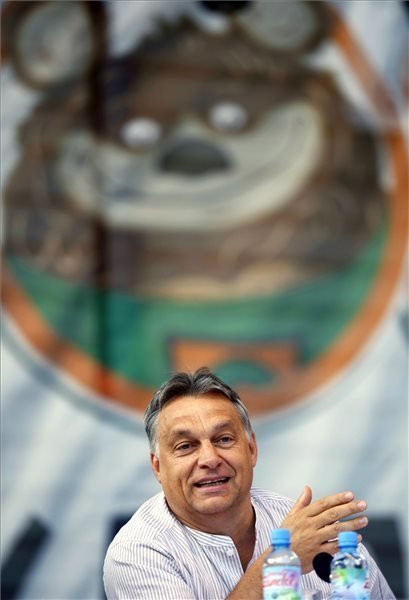 Orban voiced his “firm objection” to European policies supporting immigration. Rather than encouraging migration, providing assistance to groups lacking the necessary skills to take up employment would be the right approach, he said. He added that “there might come a time when the ethnic basis for nation states becomes questionable”. “We do not want to turn Europe into a United States of America,” he said.

Referring to the endeavours of ethnic Hungarians in Romania for autonomy, the prime minister said that should Romania not ensure the necessary funding for that community, the latter group could rely on Hungary’s assistance. He noted, however, that the Hungarian economy was not strong enough to support such spending, but added that “it should be an important component in Hungary’s politics to obtain the funds necessary to run Transylvania’s institutions”.

Concerning Hungary-Romania ties, Orban said that while he had paid due respect to the people of Romania and its leaders in the past two years, there was a “long list of such statements” from the Romanian side. “Respect and openness are key,” he said, and added that he would stay ready to discuss justified questions with Romania.