Orbán’s cabinet: Hungarians should decide their future not Brussels 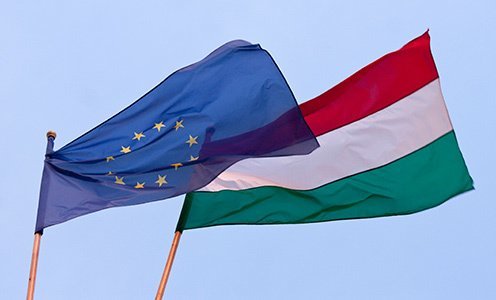 Budapest (MTI) – The government wants Hungarians to decide on issues that define their future rather than “Brussels sneaking in legislation”, the cabinet parliamentary state secretary said on Monday.

Laws on migration, for instance, should be prevented from creeping into other areas too, Csaba Dömötör told a press conference.

Referring to five policy “pillars” outlined by Prime Minister Viktor Orbán in his state of the nation address aimed at sustaining and strengthening national self-determination, he said the government expected “tough disputes” with Brussels and opposition parties.

The government expects conflict with Brussels over energy policy, he said. An EU proposal on creating an energy union would ban price-setting by the state and Hungary would have to scrap its scheme to reduce utility bills, he added.

Meanwhile, EU asylum rules are being abused by a large number of illegal migrants who “move about unrestricted in Europe”, some mounting “brutal attacks”. Security is gravely compromised and the risks are “untenable”, requiring “legal border closure” to be strengthened, Dömötör said. Rules on the movement and detention of migrants must also be further strengthened, he added.

Dömötör also made reference to several “politically active groups” that received “non-transparent” funding from abroad. “We’re talking about agent entities,” he said, adding that every Hungarian citizen had the right to know which organisations were operating in Hungary with foreign funding and how much money they received. “We must prevent any opaque foreign attempts aimed at gaining influence here,” he said.

The government is currently studying western European and American laws in this regard, Dömötör said, saying a law that had been in place in the US for decades requires foreign agencies to register with domestic authorities and meet a set of transparency rules, he said.

Dömötör said that tax policy was creeping into policymaking in Brussels. “Tax policy should remain a national competence and here we have much to protect,” he said, noting government tax benefits for families and reductions in the tax burden on employers.

The state secretary said employment policy was a key pillar of government policymaking. “It is in our fundamental interest that Hungary should be able to continue determining the manner in which jobs are created,” he said, adding that the job-creation programme had been operating successfully for a long time. “This is a programme that is in the crosshairs of Brussels,” he added.

Opposition Jobbik party responded by saying that it was ruling Fidesz and Orbán from whom Hungary needed to be protected.

“Orbán and his government have proven that they rival [former prime minister] Ferenc Gyurcsány and the former Socialist governments in corruption,” the party said in a statement. “This is why the country’s performance in education and health care is in a nosedive.” Jobbik said that if it succeeded in unseating the Fidesz government, Hungary would “finally make progress” in those sectors.