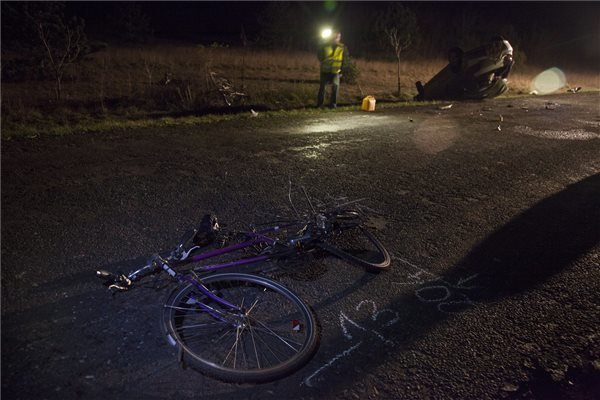 (MTI) – A man and a woman who were killed while cycling in western Hungary near Lake Balaton were Austrian, police in Zala County said on their website today.

Police established contact with the Austrian authorities, and on this basis they identified the victims as a 61-year-old woman and her 69-year-old husband.

The two middle-aged cyclists did not have any documentation on them at the time of the accident on Thursday evening, and police had at first gleaned information about their possible identities from their mobile phones.

The driver of the car involved in the incident is a 33-year-old man from Varvolgy, a town on the north-west corner of the lake, who has been taken to hospital with minor injuries.

The married couple were riding on the 7343 highway when they lost their lives. They had left a camping site at Cserszegtomaj in the afternoon.