Getting ready for the Olympic Games – Portrait with Krisztián Kulcsár, President of the Hungarian Olympic Comittee

We mostly know Krisztián Kulcsár for his successes in sport. He is a two-time Olympic silver medallist, and a multiple World Champion epee fencer. Besides his sport career, he worked in the financial world for a long time, and he was also director of a company furthermore international sport diplomat before he was chosen as President of the Hungarian Olympic Committee. Please read the GLOBS Magazine interview with Krisztián Kulcsár.

You were born in a real sport family. You father, Gábor Kulcsár, played in the national basketball team many times, while your uncle, Győző, is known as  a four time Olympic Champion epee fencer. Even so, you first started out with swimming. How did you find epee fencing?

After the divorce of my parents, my mother remarried and her new partner was the Olympic Champion pentathlonist, István Móna. He had a clear vision about my path. I started swimming in KSI (Central Sport School) in 1978-79. However, my original goal was only to get a general physical fundamentum. I started to engage in modern pentathlon at the age of 14, and for a long time it seemed to be the right path for me. Naturally, my stepfather had a great impact on it. It is a fantastic sport, I still have a very close relationship with the Hungarian and international pentathlon society. But it soon turned out that I was no good at running. It was in 1986, when it became clear that I wanted to switch to epee fencing.

And the good results came quite quickly…

Yes, fortunately, this was the case – first in my age group, and then on international level as well. I found myself in the junior national team after a few years of fencing. It was quite a dynamic start to my career.

What kinds of skills, qualities are necessary to achieve this type of successes?

On one hand, psychical qualities are needed: you cannot achieve successes without persistence and enthusiasm. On the other hand, fencing is a technical sport, which can be learnt, but you have to practice a lot and use your brain in the sense that it must fit to your qualities.

Some people are excellent competitors and are stronger mentally, while others have outstanding physical qualities, mental coordination, strength or a better sense of tactics.

It all depends on how the fencer can use the available combination of skills, and whether or not the athlete is able to force his/her style and will on the opponent. It is a very entertaining and interesting sport, unfortunately this doesn’t really get through the television screen, especially for laymen. But if you start fencing, you’ll fall in eternal love for sure.

You already qualified to the Olympic Games in Barcelona in 1992 at a young age, and won a silver medal in the team competition. Later in Athens, the gold medal was as near as could be. Please, tell us about these experiences!

My first participation at Olympic games came relatively early. There was a change of generation in Hungarian epee fencing. The members of the older generation, the prominent World Champions of this sport like Jenő Papp, Zoltán Székely and István Gelley have retired, and the boost of a younger generation was planned. Iván Kovács, Gábor Totola and I were chosen to represent Hungary along with two more experienced athletes, Ernő Kolczonay and Ferenc Hegedűs. Unfortunately, the individual performances didn’t go according to expectations, even though Iván was among the top eight. But we managed to fight for the gold medal in the team performance. At the age of 21, this was the beautiful start of a long career despite the fact that we didn’t win the Olympic title. We had a second chance in 2004. At that time, we had to face the French team in the final.

How does an athlete experience that he’s within the reach of the gold medal, but gets the less shining medal in the end?

If someone gets to the final, it indicates that the person is in good shape. Of course it is very painful when you lose your last match.

When we lost against the Germans in 1992, we were a young team, we were hungry for success, we were enthusiastic and we sacrificed a lot for the success.

It was painful that we beat the German team in the qualification round, but we didn’t manage to win in the final. The silver medal of Athens was a different story. We lost against the French team, against which we didn’t manage to win during the whole year. Even though the final was very tense, we were shoulder to shoulder until the last three fencing-bouts – the team match consists of nine fencing-bouts – and we could’ve been closer to Fortuna, the outcome was different. 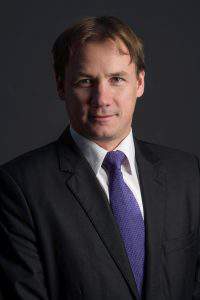 It’s always a matter of debate how professional sportsmen can continue their career after retiring. But this wasn’t a problem for you thanks to your jurist and economist qualifications. Did you shape your fate consciously?

It never came to my mind that I’d go in my life only with fencing. The culture was a bit different in the 1990s, I had to make the fencing federation, my club and my coaches understand that fencing couldn’t be my life in the long run and I had to prepare for the civil life. I started working a full-time job in a bank in 1996, but I continued fencing on the side. Later I became the managing director of BÁV (Second-hand Store Company), and I’m still the member of its board. Paralelly, I was responsible for international affairs in the Hungarian Fencing Federation. This was what led the International Fencing Federation to ask me in the end of 2013 whether or not I’d be interested in being the sport director in Lausanne. This opportunity opened up new doors to all of the international federations and the International Olympic Committee. I worked in a field that I loved the most and that I knew the most about. It was pure happiness.

But this May you were chosen as the president of the Hungarian Olympic Committee (HOC) with a great majority. How has this change affect you? What kind of goals have you set for yourself?

This was an amazing opportunity, I was happy about the many encouraging words. When I saw that it was a realistic goal. I changed my mind-set and it felt really good that the members trusted me. The first and most important task is the strengthening of HOC’s prestige. This includes the development of a dual career programme for the athletes, which is in harmony in size and importance with the role that the Hungarian Olympic Committee usually takes on in the international Olympic movement. Another task is to create an effective, cooperative partnership with the government, which was probably not ideal before. I took over the lead in an interesting psychological situation, by the time of a withdrawn Olympic bid.

I always stressed that I was on the “yes to host the Olympics” side, so it’s not hard for me to set the goal of re-strengthening the trust in the society towards the Olympic movement.

Hungary was the host of the 2017 FINA World Aquatics Championships. How do you see this sport event?

Budapest has been the host of several sport events in the past period. The FINA World Aquatics Championships was in the top highlight from many aspects. It concerned the second largest sport in size, thousands of participants, long preparation processes, and an outstanding organisation and execution.

Both the members of the International Swimming Federation and the members of Olympic committees have been talking about it in superlatives since the event has been finished.

We also hosted the World Judo Championships, which turned out to be similarly matchless. The Hungarian Judo Federation can be -similar to us- very proud of its performance. The circle of sport events also included the Finn Dinghy World Championship in Balatonföldvár and the Raceboard European Championships in Balatonfüred. I think the Hungarian sport movement is very much trained in organising high-standard events in Hungary.

An Olympic event was also held in Hungary: Győr hosted the European Youth Olympic Festival. How do you see the event?

It was definitely the most important sport event for us. I’ve attended many multisport events, so I have a base of comparison. To sum up, I think that the organising committee did a fantastic job under the coordination of my predecessor, Zsolt Borkai, Mayor of Győr. It was good to be Hungarian in the course of the EYOF. Not only because the young Hungarian athletes achieved outstanding results – we finished in the 3rd place of the medal table out of 50 nations – but also the high standard of the organisation.

In respect to this, how Hungary’s chances to host the Summer Olympic Games seem to be?

The many world-standard sport events in the past period in Hungary can be considered as preparation for the Olympics. Through them we managed to deepen the know-how that is necessary for the successful organisation, and if the time comes – when both society and politics can steadily support the hosting of the Olympic Games –, the international decision makers will see what the country is capable of when it comes to sport events.

Personally, I think that now we have to figure out what kind of important sport events could Budapest or Hungary host, so that we could further deepen this experience.